A snapshot of downtown Toronto in 1956

In 1956, the Hockey Hall of Fame at Front and Yonge was still a branch of the Bank of Montreal, the headquarters of the TTC was still the Board of Trade Building, the King Edward Hotel was still a Sheraton, and there were no modern skyscrapers in Toronto.

All of that information and more is contained in a newly available map of land ownership in the Toronto core from 1956. 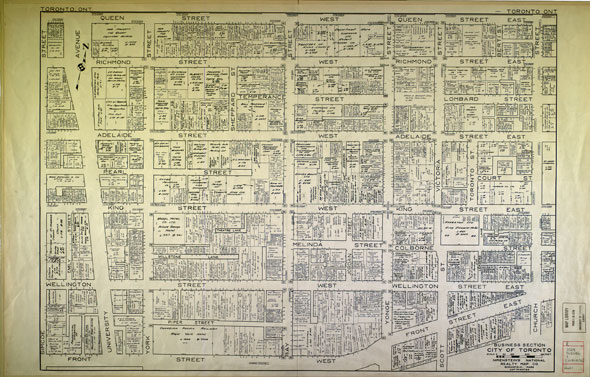 Stored at the University of Toronto and now available in a large size digital format here, it shows how much of the central city has been eaten up by land-hungry skyscrapers and office complexes.

By comparing the map to the current street grid, it's possible to track down a few lost, cropped, or otherwise diverted streets. 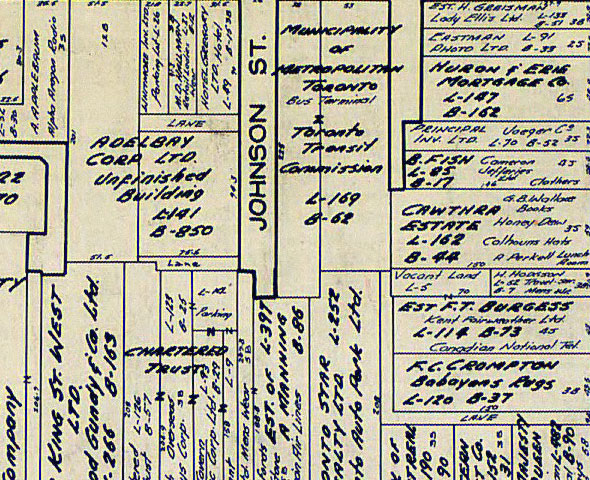 The map was made by the Nirenstein National Realty Map Company of Springfield, Massachusetts, which was founded by Russian-born map maker Nathan Nirenstein in 1925. According to the University of Connecticut, Nirenstein also owned Bowles Lunch, a chain of restaurants that once had outposts on Bloor and Queen streets in Toronto during the 20th century. See what you can find.