Two major towers have been planned for the southeast corner of Yonge and Gerrard for some time, but recently released renderings reveal an ambitious design that features an eye-grabbing bridge that will connect the structures.

Quadrangle Architects have already released images that reveal plans to preserve the facade of existing historical structures at the intersection, but this is the first glimpse at the soaring towers, which will peak at 73 and 62 storeys respectively. The development already looked promising, but the tower design paired with the bridge could be a real show-stopper. 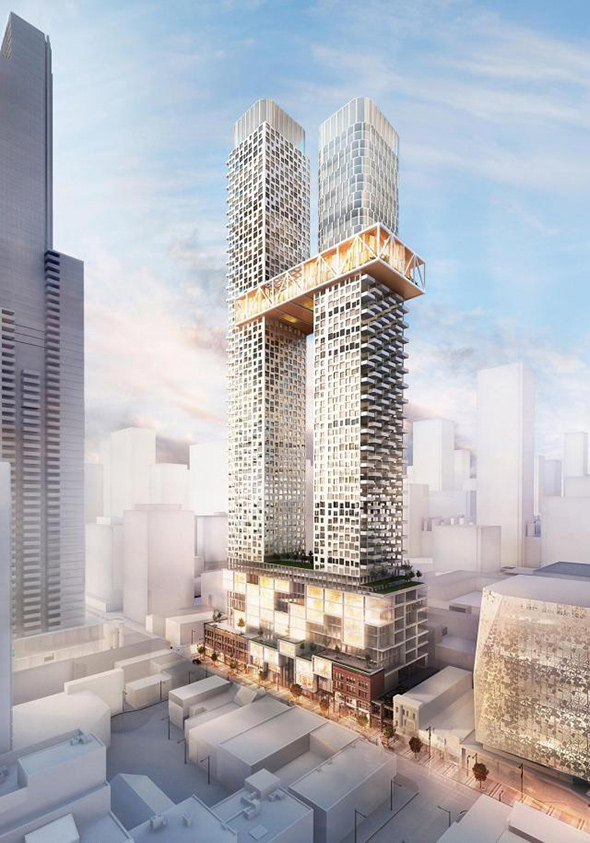 The height of the towers is still subject to approval from the the city, but given that the neighbouring Aura is 78 storeys, it's not as if density is frowned upon at this intersection. Let's hope the final product looks as good as these renderings. 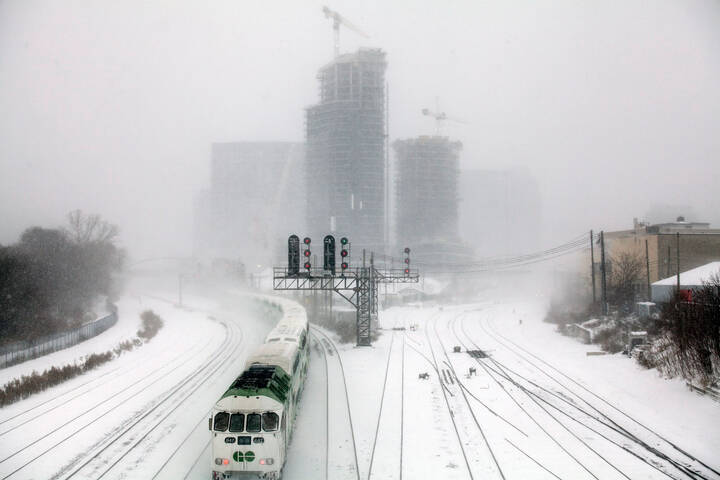