While the Union Station revitalization is still over a year away from completion, important pieces of the project are opening along the way. Both the restored facade and the York GO Concourse impressed when they were unveiled earlier this year, and now the plaza at the front of the Station is ready for a summer of activity. 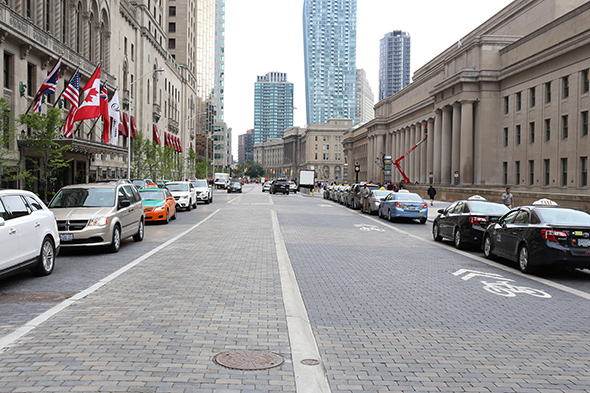 It's actually quite remarkable to stroll across Front St. these days. After a construction nightmare, the cobble stone street with dedicated taxi stands is almost too good to be true. Framed by the Royal York Hotel across the street, this area is now certainly worthy of being a visitor's first experience of the Toronto streetscape. It's pretty and seems well designed. 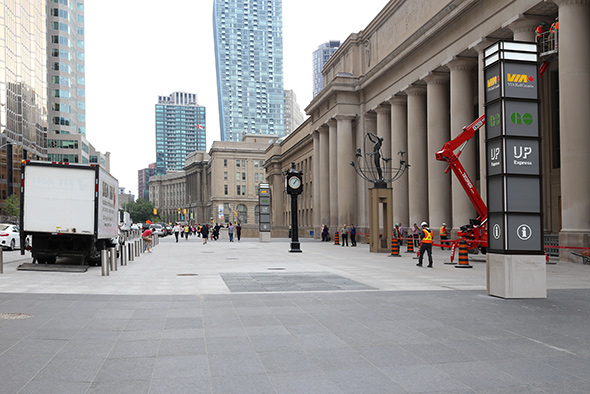 Perhaps more exciting is the fact that the ample area that forms the plaza outside Union Station will actually be used for events this summer and beyond. This is a gorgeous, almost European bit of space, and it should very much be considered a destination as well as a place through which commuters pass through. 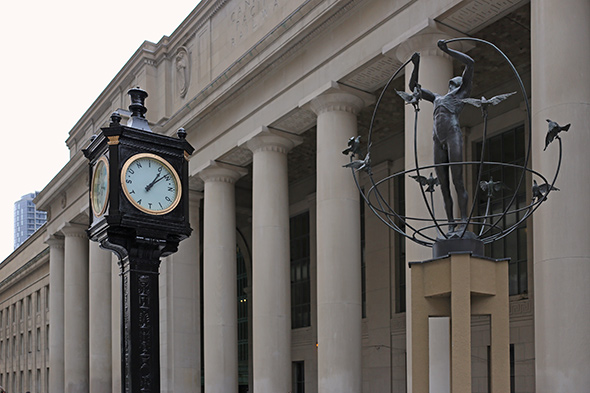 Punctuated by a stately antique clock that's been restored as part of the revitalization process (you can see an earlier version here), the plaza extends a bit further north than before, which makes it feel much more spacious. 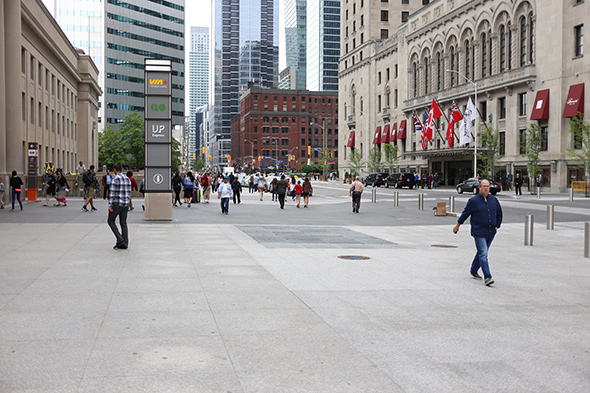 Although it all looks a little empty right now, that's set to change in just a few days when an outdoor urban market occupies the space for the duration of the summer. It might be a ways to go before the new Union Station is complete, but the signs so far indicate that it will be worth the wait. 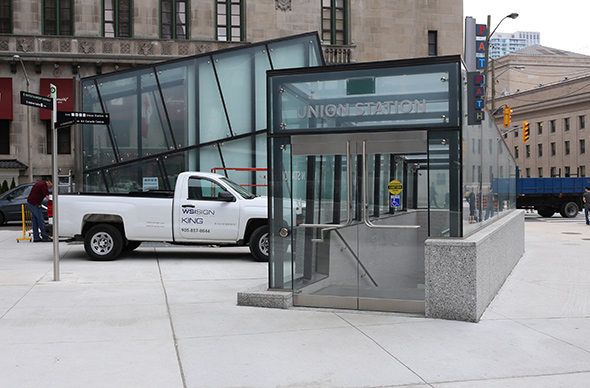