CN Tower set ablaze in fireworks for Pan Am Games

The Pan Am Games officially got underway last night with a spectacular fireworks show at the CN Tower. It was nothing like the false alarm witnessed on Thursday, when Toronto's most iconic building looked as though it was in the midst of burning down.

Although there was a brief teaser display at the start of the opening ceremonies, it wasn't until Steve Nash lit the set the Pan Am Games cauldron ablaze that the CN Tower awoke from its slumber like a volcano, starting slow and building to a massive crescendo of popping lights.

Have a look at the photos to see how it all went down. 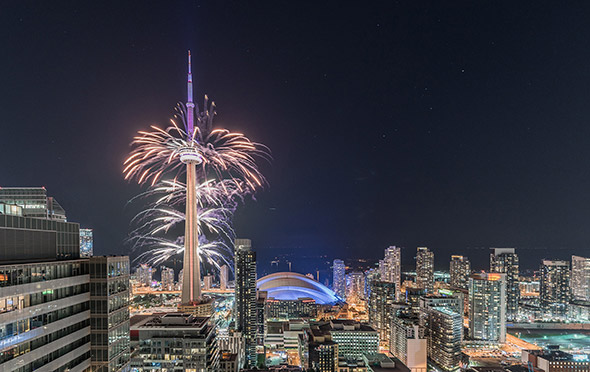 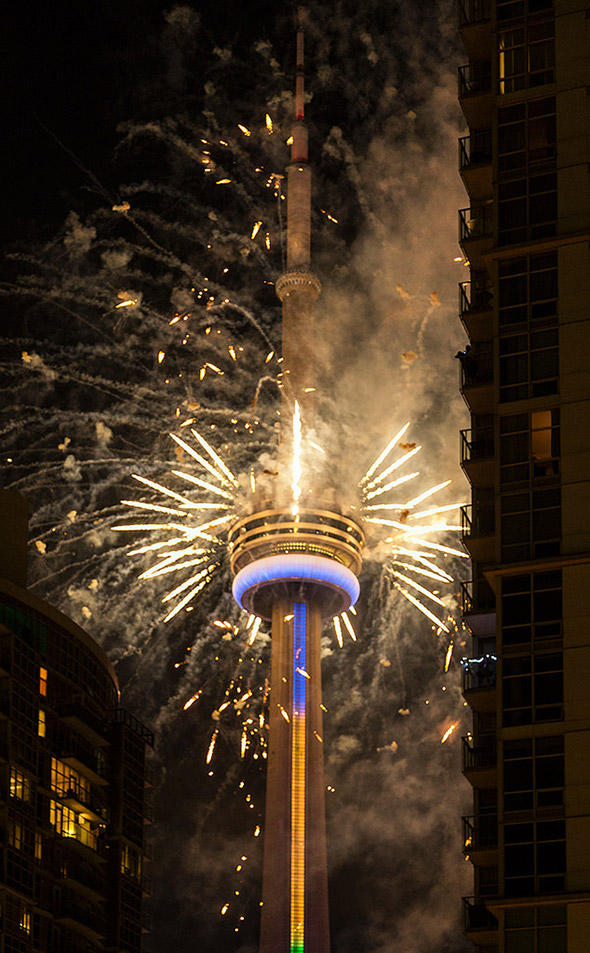 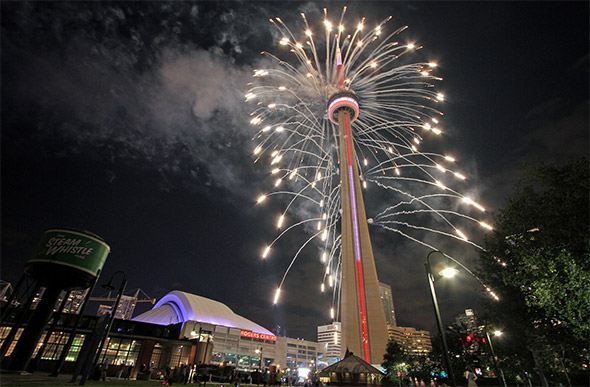 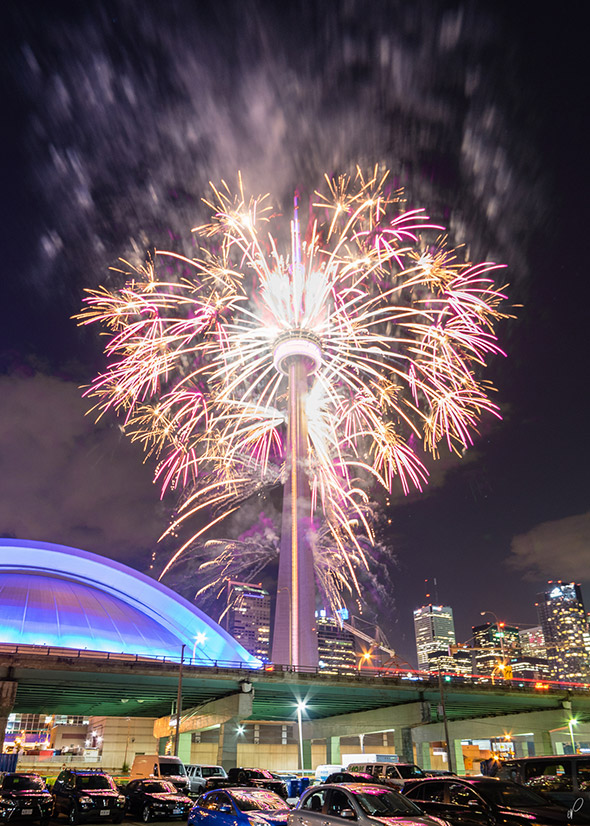 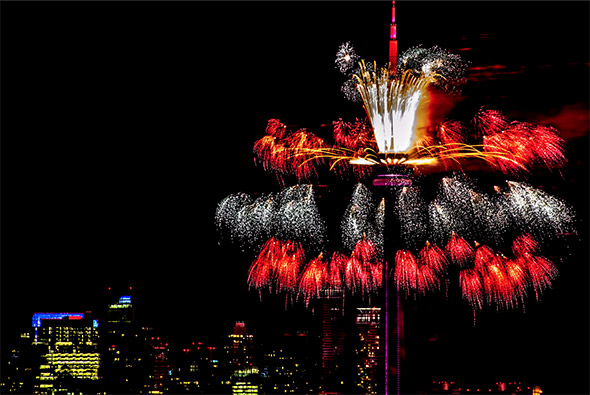 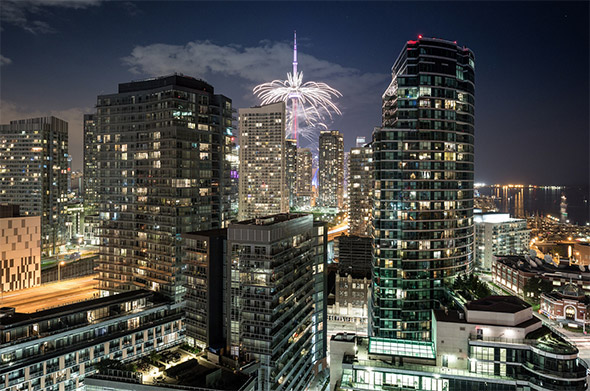