Located at the southeast corner of Dundas and McCaul, OCAD University's current administrative offices are housed in a rather bland red building, the design of which pales in comparison to neighbours like the AGO and the school's own iconic building on stilts just a quick hop to the south.

That's set to change over the next few years, as OCAD has unveiled plans for the Rosalie Sharp Pavilion, a dramatic makeover of the current building that aims to turn it into a gateway to the university. The administrative offices will be relocated elsewhere and the pavilion will play serve as student space with a focus on exhibiting work. 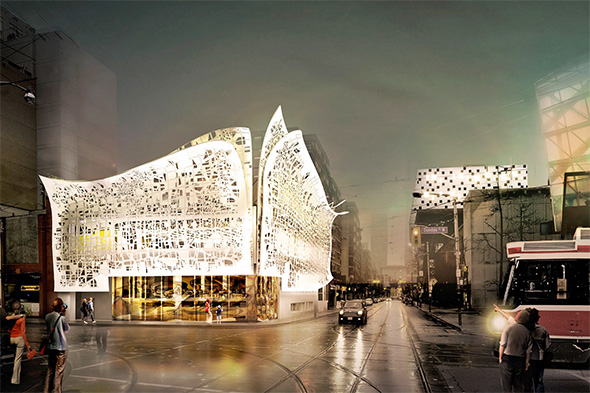 The most dramatic element of the design is what architectural firm Bortolotto describes as a scrim, which allows those passing by to see into the building but also provides the requisite shade required for a space that will display artwork. The lace-like exterior will also light up at night thanks to the use of LEDs. 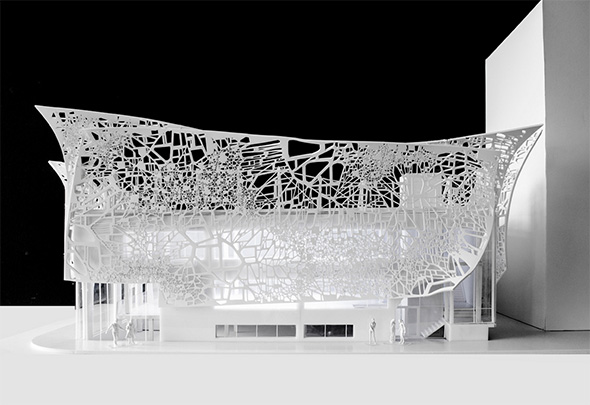 Long ago, this section of Dundas was envisioned as a wide promenade (note how the nearby police station is set back from the street). Those plans will never come to pass, but at least now there's a certain grandeur promised by the proximity of three stunning buildings. 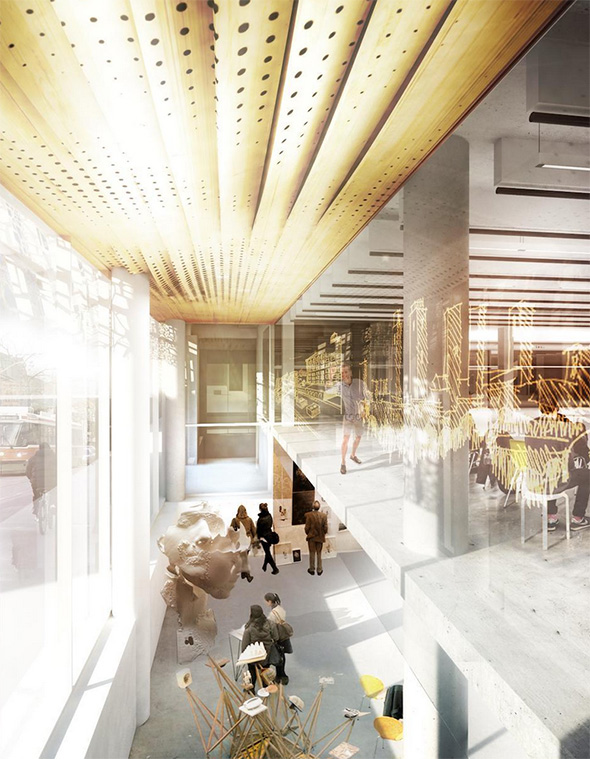