What's it like inside the big red cube on Britain Street?

Lorie BriĂ¨re first fell in love with a laser printer in 1986 and started a typesetting business as a side project. 29 years later, The Works Design is boutique design and communications firm, which specializes in annual and sustainability reporting.

The team is a full-time staff of 36 and planning on staying small. Formerly tenants at 401 Richmond Street West, The Works Design has made a graceful transition from the world of print and galley typesetting to digital reporting and social media. 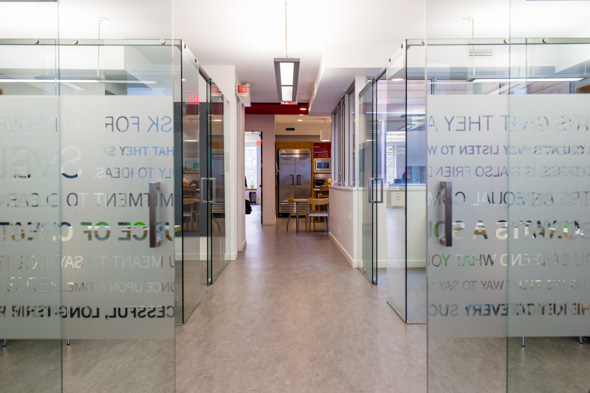 The team purchased the office building they're currently in a couple of years ago and put in a year of construction, architecting, and flood prevention before they could fully move in. That the company is big on branding is apparent from the W-shaped supporting truss bars in the parking lot, and the giant cut-off W in the windows on the south side of the building. 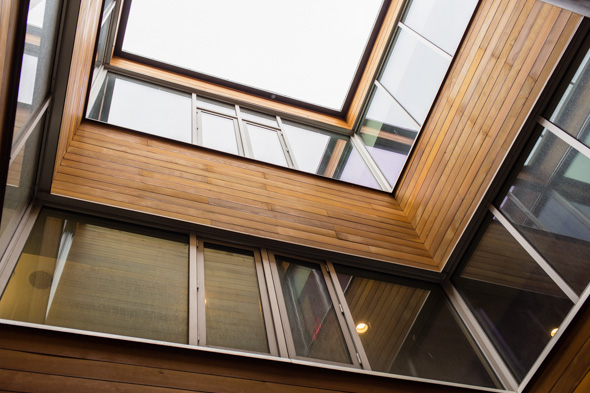 Like most other office spaces we've visited, Lorie and her team came up against a number of city bylaws that prevented them from achieving exactly what they were looking for. The initial plan was to have a giant white W in the windows facing south. 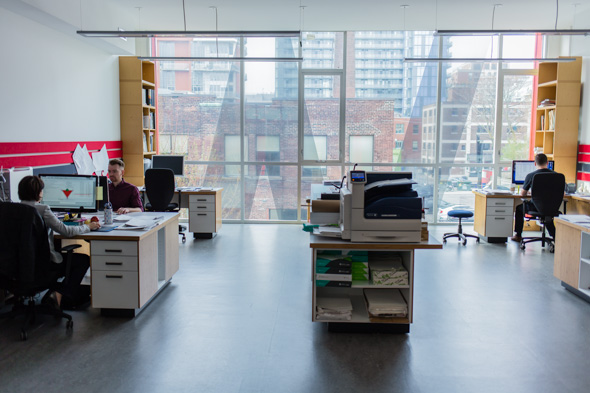 A city bylaw, however, prohibits commercial buildings from dedicating more than a certain percentage area to signage. To work around this, the team at the Works lowered the opacity of their brand's "W" and cut it off from the side to comply with city regulations. This city-bylaw-abiding W has since become a core part of the company's identity.

Located just east of Queen and Jarvis on a quiet street in the middle of the city, perhaps the most striking part about this office is its very red south-facing faĂ§ade. The north side of the building is still in its original brick-and-beam Queen Street storefront style and original wood trimming.

The idea of having a bold red front wasn't something that was in the original plan when the team was looking for a new home. The architects they paired with on this, however, suggested this would be the cheapest and most attractive route to go. While it didn't exactly turn out to be the cheapest, it's playful and it's distinctive. 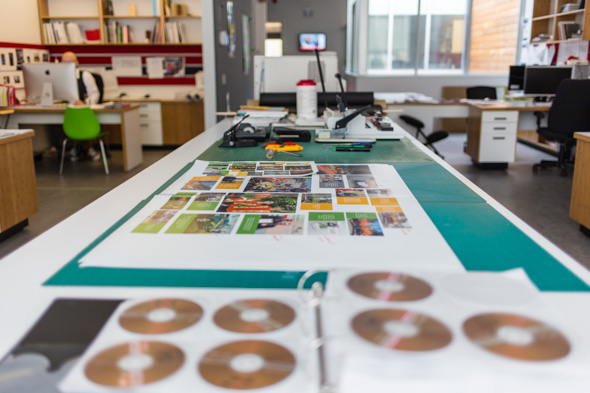 Lorie brought on her friend and partner Diane Darlington to the company shortly after founding it and then worked to build a strong core team with diverse, complementary skill sets. Most of the staff at Works Design has been with the company for over a decade. 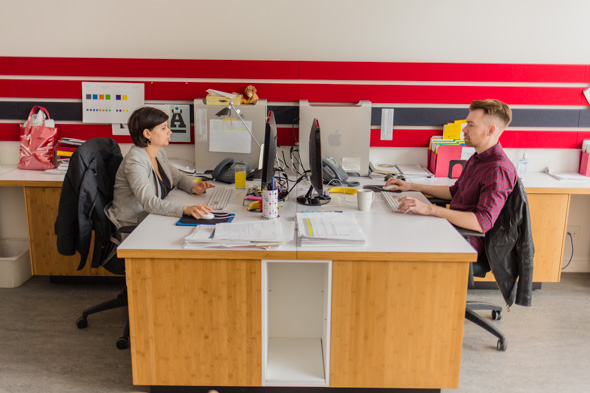 Except for their pro bono work, The Works Design only accepts large, publicly-traded companies as clients. Their first big contract was Nortel when their internal technical team went on strike, but sales were still in operation. Lorie and the team took turns to work around the clock to finish the project.

The defining moment of the company, however, happened later when they worked with DuPont Canada on their very first annual report. The company had never worked on an annual report before, which allowed them to take a lot of risks and pioneer some features that are widely accepted as the standard in annual reports around the world now. 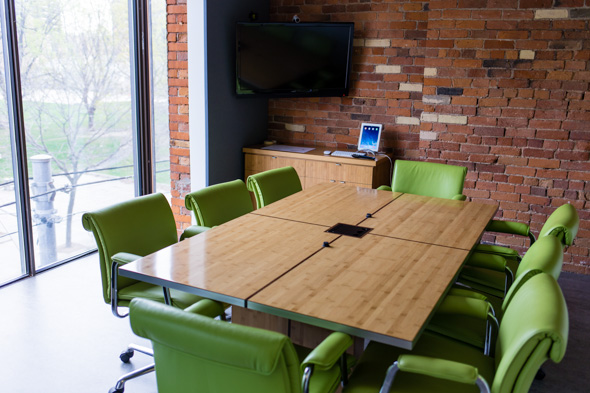 As one of the few studios in Canada that specialized in annual report production, The Works quickly built its reputation as the frontrunner. The next major shift in the business was the team's entry into sustainability reporting.

The team found itself working a lot of large, publicly-traded, resource-based clients. When the first Brundtland Report came out in 1987, it brought with it a unique niche for sustainability reporting that Works Design was poised to fill. 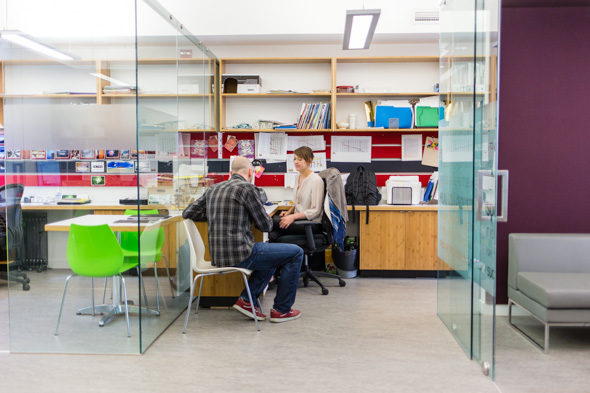 More and more Canadian companies started paying attention to sustainable development and had a need to report on their metrics, the measures they were taking, and the results they had achieved. By 2008, Works Design had a 50/50 split of annual reporting and sustainability reporting projects. The amount of work that their team of 36 produces is immense. 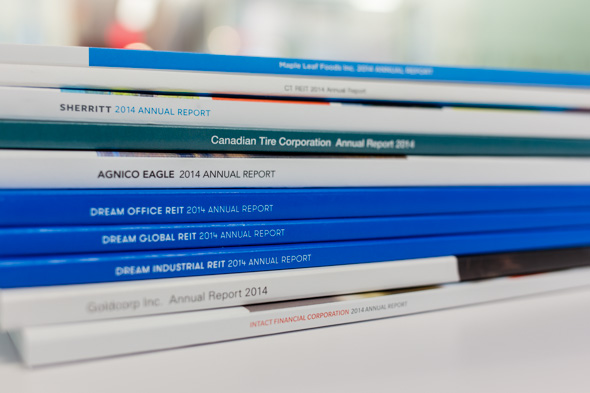 The coffee table Jimmy, Lorie, and I are gathered around has a stack of 10 or more ~40 page reports that the team has pushed out in the last week alone. Their work goes all the way from content creation and direction to designing, branding, and the layout of these reports for companies like Canadian Tire, Loblaws, Deloitte etc. The company is just at the tipping point where they will have more digital reports than printed ones. 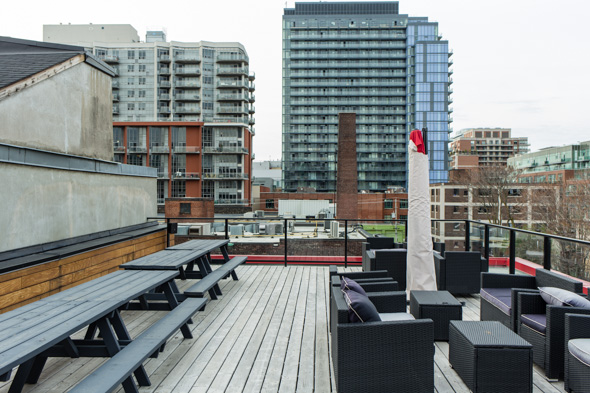 When the team first got the building, it needed a lot of work. While there were certain elements that could be refinished, other areas had to be completely ripped apart and build anew. Amongst the newly added features is a rooftop garden and patio that I'm sure is stunning in the summer.

This is equipped with a barbecue cooking range and lots of seating for events, company get togethers, and parties. The rest of the space is a mix of private offices and semi-private half-cubicles. 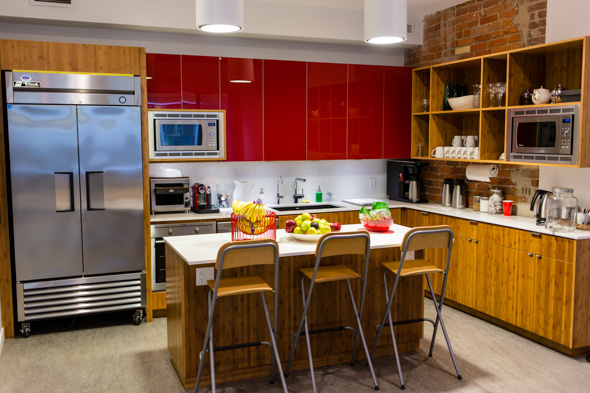 While the team had help from their architects on the office layout and refurbishing, most of the interior work is a product of the internal staff. The glass sliding doors in meeting rooms have different sound bites, slogans, and tag lines the team has come up with for clients and internally over the past three decades. 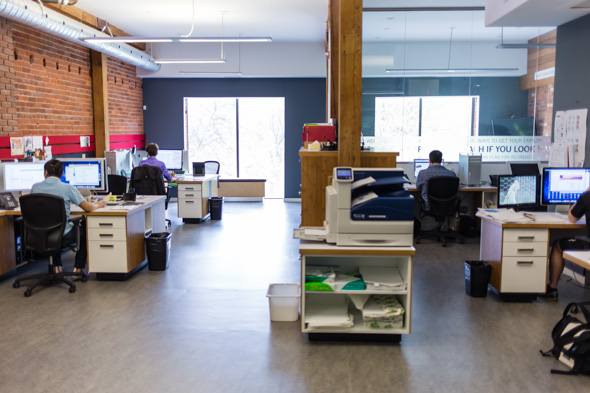 A mix of old and new school, the full-time staff is composed of an equal split between traditional print and digital designers. As a company, Works Design believes that people can evolve to fit the requirements of a new age and new clients. This diverse skill set in their employees comes across in their space as well. 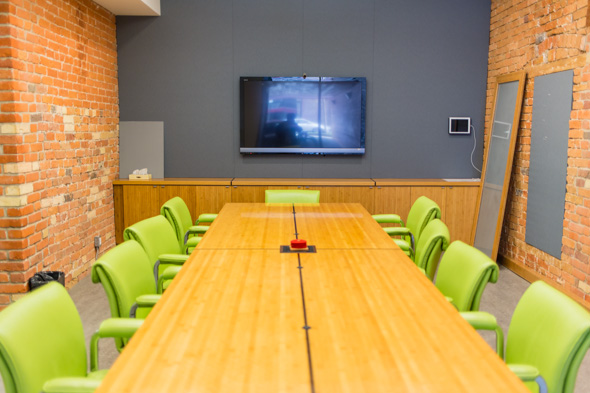 The Works Design is a great example of a Canadian small business success story that has thrived on being highly specialized and delivering excellent work for their clients. If you haven't walked by the big red building yet, take a walk around Moss Park to 10 Britain street and check it out.

Do you know of an office space or a business that deserves to be featured? Let us know in the comments.