The days of the 90-second Billy Bishop Airport ferry ride are almost over. The long-awaited pedestrian tunnel that will connect the drop-off point at the foot of Bathurst St. with the airport terminal is approaching completion, Ports Toronto says, with only a few small jobs still to wrap up.

The underground passage, which has been under construction since March 2012, is now fitted with moving sidewalks and much of the interior tiling is complete. Most of the remaining work involves connecting up the escalators and installing the remaining elevators on the mainland side. 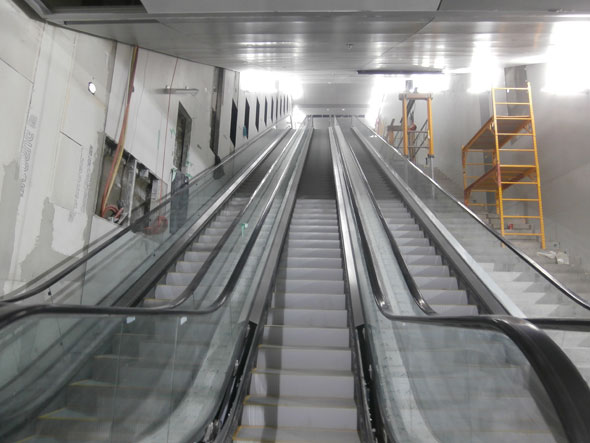 When it opens later this spring, the $82.5 million, 244-metre tunnel will contain four moving sidewalks, two running in each direction, linking the offshore terminal with a the pick-up point at Eireann Quay. The project was originally anticipated to take 25 months, but weather related delays forced the completion of the privately-funded project back by about a year.

A complete journey down the bank of elevators on the mainland side, through the tunnel, and up the escalators into the airport is expected to take about six minutes. By steering a large portion of the roughly 2.4 million annual airport users underground, Ports Toronto hopes to reduce the waves of traffic on Bathurst St. that occur each time the ferry arrives at the dock.

For fans of the open water, the ferry will continue to be operate for the foreseeable future, Ports Toronto says. 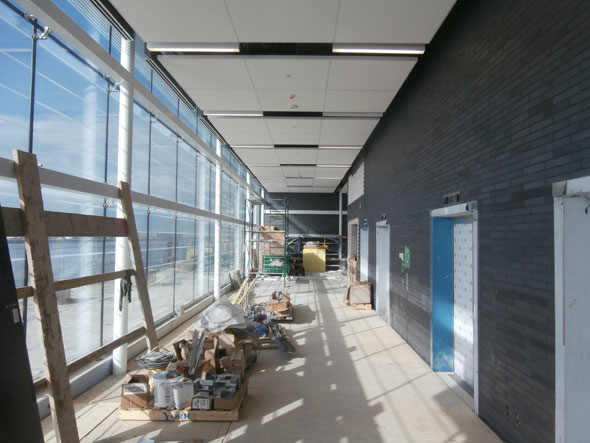