5 things you didn't know about The Ward in Toronto

If you have heard of The Ward, you have probably also heard the stories of deep poverty, appalling living conditions, and crippling hardship many of the neighbourhood's inhabitants experienced on a daily basis. Loosely bound by University, College, Queen, and Yonge, The Ward--officially St. John's Ward--was the city's first distinctly immigrant neighbourhood.

Chinese, Irish, Italian, Eastern European, and African American newcomers arrived there in various waves, starting in the 1840s. Housing was often cheap, run-down, and crowded, and city officials took a dim view of the scene that was quite literally unfolding outside their window.

In 1911, a shocking report by the city's medical officer of health and a series of photographs commissioned by the local government laid bare the often dismal conditions and initiated the first in a series of attempts to clean up The Ward.

A new book published by Coach House Press, The Ward: The Life and Loss of Toronto's First Immigrant Neighbourhood, is a collection of short essays that explore in detail the truth and mythology of The Ward, and its ultimate destruction by the building of New City Hall and Nathan Phillips Square. 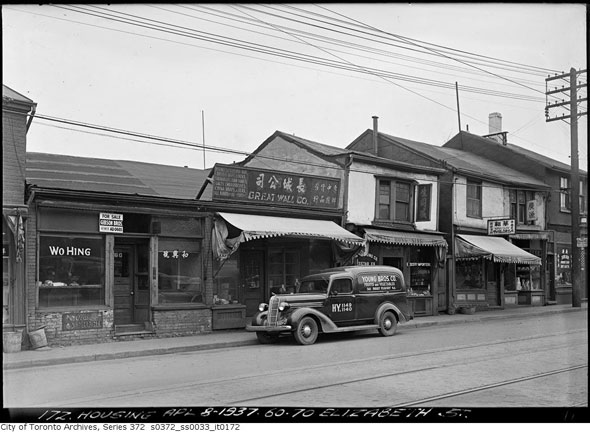 The Ward was Toronto's first "Chinatown"
The crowded homes of The Ward took in a lot of immigrants, but the Chinese were among the most prominent around the turn of the 20th century. The first person of Chinese origin recorded in the city directories, writes Arlene Chan in The Ward, was Sam Ching at 9 Adelaide Street E. He, like many of his fellow immigrants, chose to open a hand laundry.

This kind of business offered people like Ching the chance to become business owners with little start-up capital, but the work was notoriously hard. Laundry owners scrubbed clothes by hand up to 17 hours a day in cramped conditions, often eating and sleeping in the same space in an effort to save money. Others operated cafes. In 1921, there were 121 in city, serving a mix of Chinese and Western dishes.

As a visible minority, many people of Chinese origin were subjected to racist attacks. The Toronto Star titled a story "The Evil Chinese Do" and there were countless cases of petty vandalism, intimidation, and harassment. In 1919, there were two riots in The Ward in which white men smashed windows, stole cash, and hurled abuse. 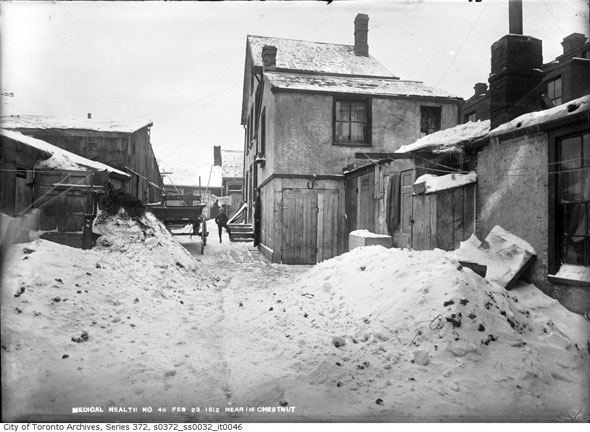 Illicit booze was a key part of The Ward's underground economy
Prohibition--officially the Ontario Temperance Act--came into force in Toronto in 1916 and required every bar and liquor store in the province to immediately close. Not everyone listened. "Bootlegging operations, also known as 'blind pigs' or 'doghouses,' served as a hidden and yet pervasive business within St. John's Ward," writes Ellen Scheinberg.

The operations were usually run by older, Italian and Jewish immigrant women out of private homes as a means to supplement the household income. In the case of the Luftsprings, the family of champion boxer Sammy Luftspring, visitors entered the home by a back door and paid cash for shots of rye. Raids were common, although some police accepted bribes to stay silent.

Several Ward-based bootleggers went onto reap a fortune. Others ended up murdered by unruly customers or in organized crime hits. The repealing of the Temperance Act and founding of the Liquor Control Board of Ontario in 1927 was what really sunk Toronto bootlegging, however. 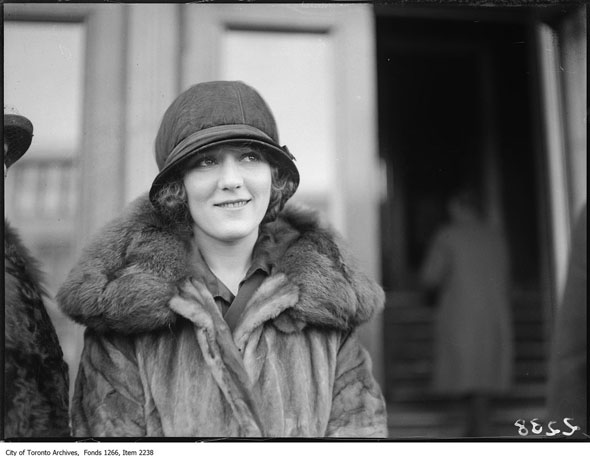 Toronto's first Hollywood superstar was born in The Ward
Mary Pickford grew up to be "America's Sweetheart," but she was born in The Ward. In a small brick house at 211 University Ave., near Gerrard St., Gladys Louise Smith spent her formative years, acting at the Princess Theatre on King St. under the management of her mother, Charlotte. The family moved to the U.S. when Smith was 10, around the time she adopted her stage name.

At the peak of her fame, Pickford was among the most famous women on the planet. She starred in hundreds of silent movies and was the focus of hysterical public attention at almost all her public appearances in North America, Europe, and beyond. She co-founded film studio United Artists with Charlie Chaplin, her future husband Douglas Fairbanks, and other prominent performers of her day, as well as the Academy of Motion Picture Arts and Sciences.

In 1981, silent film screenwriter and journalist Adela Rogers St. Johns called Pickford "the woman who was known to more people and loved by more people than any other woman that has been in all history." 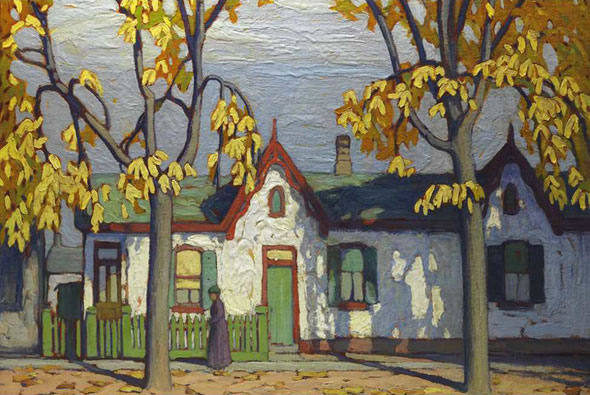 Lawren Harris painted The Ward
Though the Group of Seven as a whole are better known for their representations of the Canadian wilderness, Lawren Harris painted numerous urban scenes, several of them of The Ward. He exhibited several Ward pieces at shows in 1911 and 1912 at the Ontario Society of Artists, and made many more pencil sketches during that period.

As writer Jim Burant notes, Harris' Ward paintings focus almost exclusively on buildings. Few people appear, and those that do are painted facing away from the observer. The scenes are impressionistic and haunting, capturing the natural beauty of the streets while referencing the sense of alienation. Hurdy Gurdy, painted in 1913, fetched more than a $1 million at auction last year. Another, Italian Store in the Ward from 1922, is at the National Gallery of Canada. 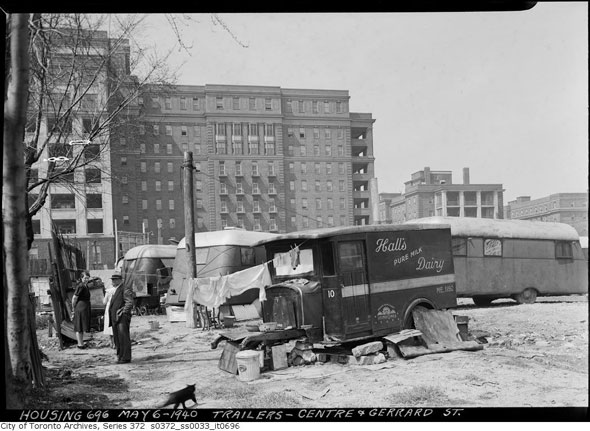 The Ward was home to the city's first trailer park
During the 1940s, roughly 80 mobile homes were moored on vacant land at Centre and Gerrard streets. For many of its inhabitants, the caravans were the only affordable place to live. As writer Howard Akler recalls in The Ward, developers all but stopped putting up residential buildings during the Depression, and on the eve of the second world war, 5,000 Torontonians were in emergency housing.

The downtown trailer park didn't last long--roughly a decade in total. The city evicted the occupants and ordered the site cleared by April 30, 1947. Despite the best efforts by the Toronto Trailer Residents Association, a group set up by several residents of the lot, the area was cleared. It's now occupied by the Labatt Family Heart Centre at SickKids.