The winning design for the new Jack Layton ferry terminal was revealed this afternoon by Waterfront Toronto. Harbour Landing, the proposal submitted by KPMB Architects (Toronto), West 8 (Rotterdam), and Greenberg Consultants (Toronto), won the hearts of the public (via over 1,200 responses to an online consultation) and the selection committee. 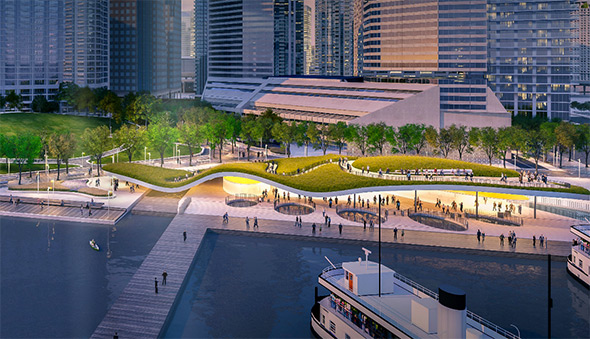 The new terminal is part of a plan that also includes a wave deck, an indoor/outdoor market, and a publicly accessible green roof. The hallmark of its design is the degree to which it draws on natural forms, with an undulating roof and rolling hills around the main building. 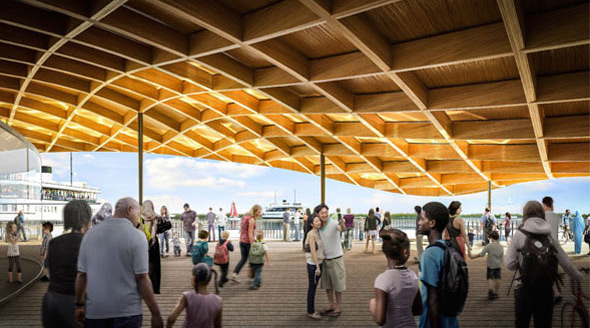 Along with offering a far more aesthetically please gateway to the Toronto Islands, the open concept terminal will also dispense with the cage-like feel of the current structure and move people through ticket lines in a more efficient manner. Add to that eating and drinking facilities and you have a transportation hub that's worthy of the recreational nature of a trip to the Islands.

Have a look at the new ferry terminal in greater depth here.