Evaluated on the numbers alone, Earth Hour 2015 failed to register much of a mark in Toronto. Shortly after the power down wrapped up, Toronto Hydro tweeted that energy consumption dipped by about 3.5 per cent between 8:30pm and 9:30pm on Saturday, which is a reduction of 103 megawatts.

That's about half of what the city managed last year (6 per cent), and less than a quarter of the 15 per cent drop achieved back in 2009 (which may have had some help from the weather). On the bright side, a 3.5 per cent drop is still the equivalent of taking 42,000 homes of the grid during the period in question. 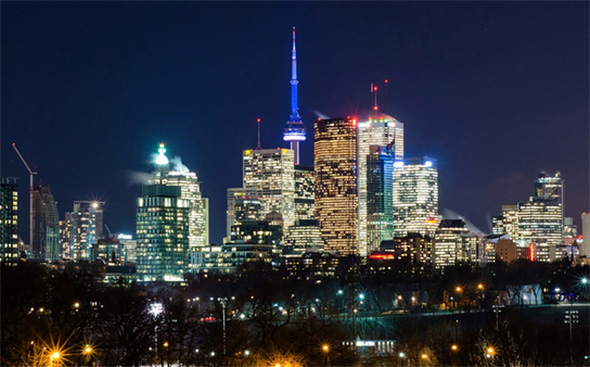 Intriguingly, York Region bucked the trend to the south and managed better numbers than last year, up to 6 per cent from 4.8 in 2014. That's encouraging, at least. Earth Hour has never really been about the number achieved so much as the awareness the event fosters, so perhaps we're still paying attention after all.

Top photo show the Toronto skyline during Earth Hour 2015, while the second one shows the same view during a typical weekday - both by Empty Quarter in the blogTO Flickr pool.