Developer Sam Mizrahi is thinking very big when it comes to the future of the Stollerys site at the southwest corner of Yonge and Bloor. How big? Well, if approved as proposed, the structure would become the second tallest in the city behind only the CN Tower. The One, as it's been dubbed, would feature 8 storeys of luxury retail topped by 72 floors of residential units.

The design by Foster Partners and Toronto's Core Architects is as bold as its projected size. Framed by what's being described as a steel exoskeleton, the massive building would feature column-free floors, which Mizrahi believes will be highly attractive to marquee retailers.

Other noteworthy features include plans for winter gardens (indoor/outdoor spaces), a huge public atrium in the retail section, and significant expansion of the sidewalk space at Yonge and Bloor to confer status on the building and keep pedestrians moving at the busy intersection.

The development is part of a radical transformation of the area, which also features the 70+ storey One Bloor and nearby 50 Bloor West projects. There's really no place in the city better suited to such density, but the proposal still requires approval from the city. As to the design, let us know what you think in the comments. 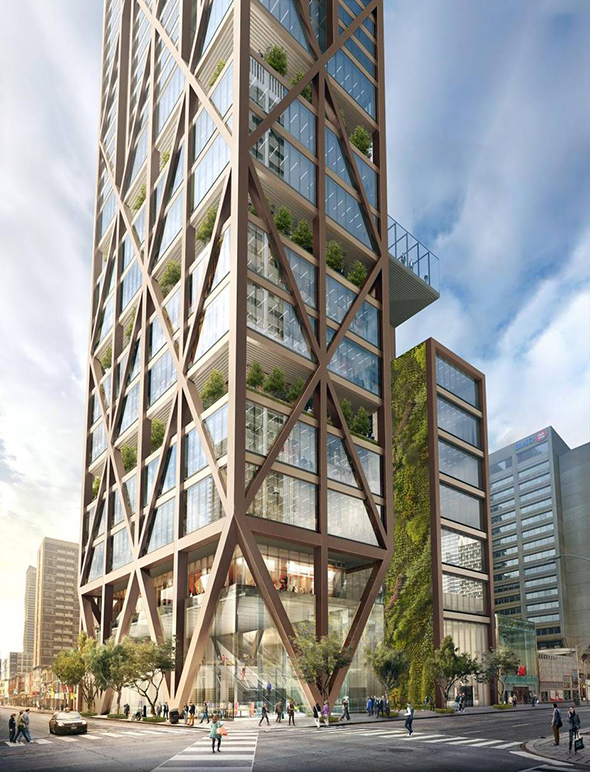 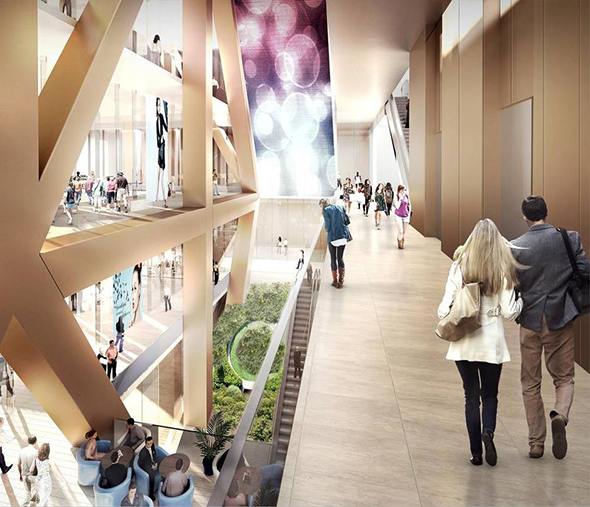 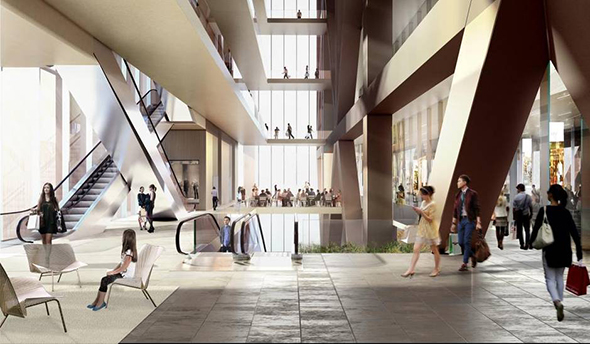 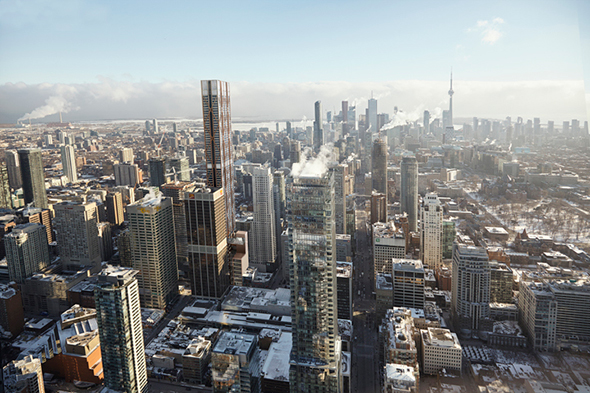