A team of developers is hoping their 21-storey condominium and a new neighbourhood name can inject new life into a forlorn section of Parliament St. Is "East Core" a thing? Not yet, but according to press materials related to this project, the idea is that one day it might be.

If given the green light, "East United," which initially surfaced in May 2014, would stretch between Berkeley to Parliament streets on a property currently occupied by a heritage-listed former stable and a row of century-old homes. It would also be among the first major residential developments in an area dominated by gas stations, vacant lots, and car dealerships. 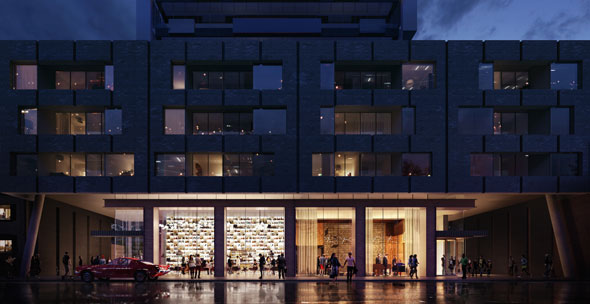 The design imagines two distinct facades: one facing Parliament, the other on Berkeley. The Parliament side of the building would replace four century old former residential properties with a stylized, five-storey podium, stepoing up to a 21-storey residential tower.

On Berkeley, the residential component is staggered back from the street, leaving most of the 1906 brick (Mr.) Christie, Brown & Co. stables intact. The designs show a pedestrian laneway lined with townhomes on the south side of the property, connecting Berkeley and Parliament. Units within the main building will range from 32 to 130 square metres.

A rooftop patio with lounge seating, firepits, and an outdoor movie screen together with a yoga studio, event space, and "jam room" are among the bonus features developers SigNature Communities, Berkshire Axis Development, and Andiel Homes hope will lure buyers to the strip.

Historically quiet in terms of development, the middle portion of Parliament between Queen and King has been slowly heating up over the last 12 months.

Directly across the street on the site of the Sing Tao Daily offices, Great Gulf, the developer of the rapidly rising tower at the southeast corner of Yonge and Bloor, is planning a 23-storey residential block. The former home of Marty Millionaire and surrounding buildings are also up for grabs a little further north at Queen and Parliament. 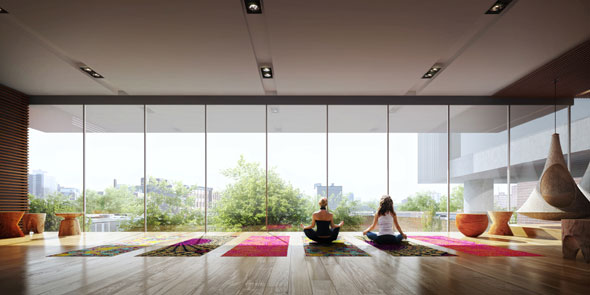