Now the last remnants of the Metro's sticky past are beginning to disappear as new owners push ahead with installing a fitness centre inside the shell of the 76-year-old building. 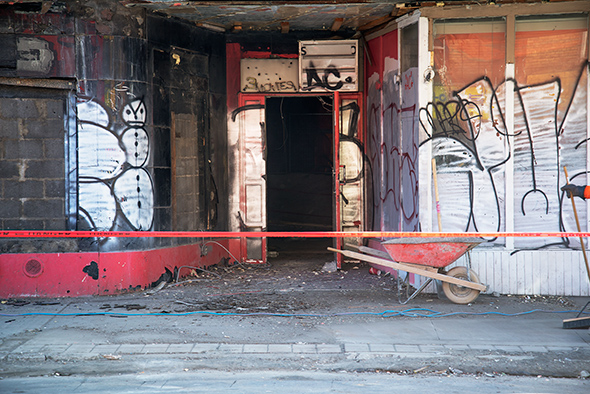 It's not clear exactly what form the centre will take (everything from a gym to a rock climbing wall has been rumoured online,) but whatever opens in the space will have a completely different kind of sweaty clientele.

Plans on file with the city show an interior stripped back to the bricks and an expanded retail space facing Bloor. The fitness area will occupy the cinema area, minus the seats, screen, projector room, and other fittings. The foyer will also be renovated.

Stripping the Metro back to its bare bones also leaves the door open for other possible uses. Last year, the new owner was tight lipped about possible uses, and the current zoning allows for a massive range of uses. (At time of writing, there has been no application to drastically alter the zoning on the building.)

Will you miss the marquee and cluttered, ad-strewn exterior? 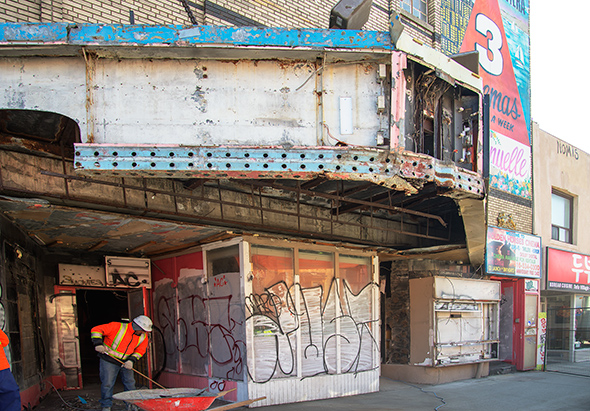