What the St. Lawrence Market looked like 100 years ago

The St. Lawrence Market is one of Toronto's oldest institutions. Food has been offered for sale in the Front and Jarvis area for more than 210 years, starting in 1803 with a small wooden building on the site of present-day St. Lawrence Hall.

Over the centuries, the market shifted south to its current location. The genesis of the current south building is an 1845 structure that once doubled as Toronto city hall. In 1904, a second building that mirrored the look of the south market was built on the north side of the street and the pair were linked by a giant steel and glass canopy (pictured above.)

Unfortunately, the canopy was pulled down in 1954 and the north market razed in 1967 to make way for the squat concrete box presently on the site. Progress has been slow, but the new north market is due to be completed some time in 2016.

Here's a look back at what the St. Lawrence Market looked like 100 years ago. 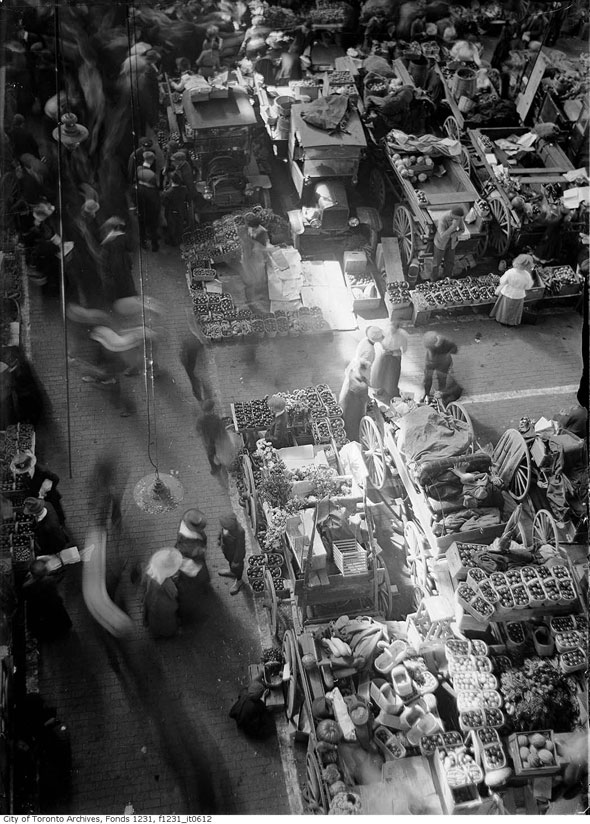 Looking down from the roof on market day, September 13, 1919. Traders are selling fruit and vegetables from wagons and the backs of cars. 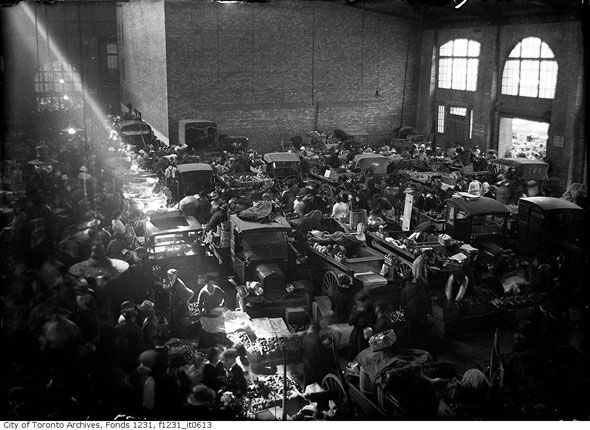 Another view of a car-dominated interior on September 13, 1919. 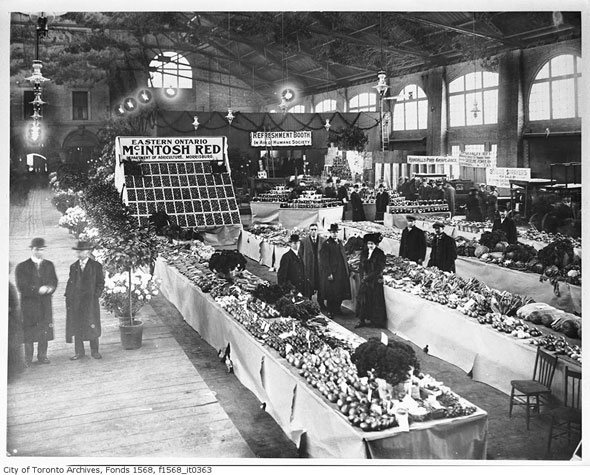 Fruit and flower show in the south market in 1904. The signs offer McIntosh apples from Morrisburg, grape juice, and refreshments in aid of the humane society. 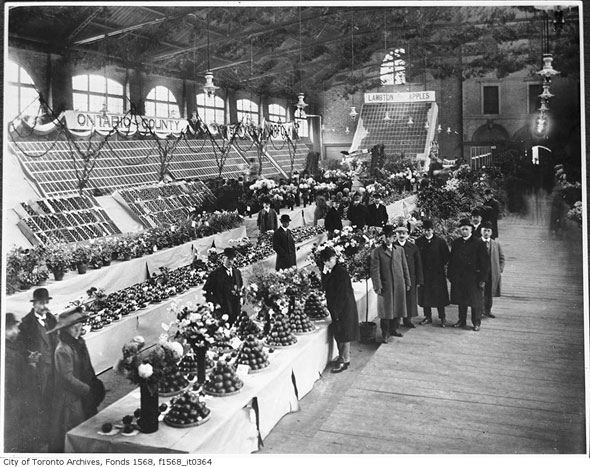 Another view of the 1904 fruit and flower show. Apples from Lambton, Ontario (now Durham,) Elgin, and Norfolk counties. 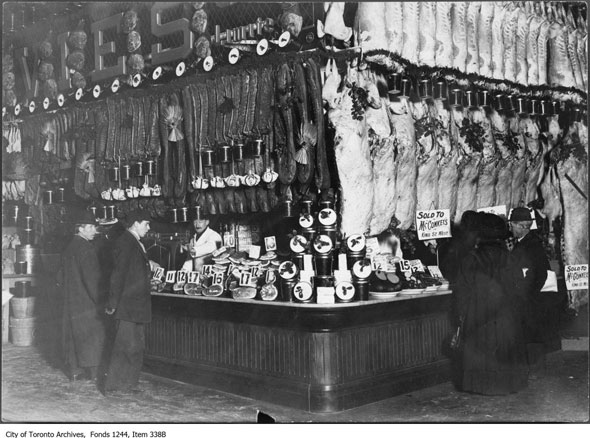 A William Davies food stall in 1911. Davies' company ran a large stockyard at the mouth of the Don River that may have been responsible for Toronto getting the nickname Hogtown. Davies also popularized peameal bacon. He died aged 90 several weeks after being butted by a goat while urinating at the side of a road. 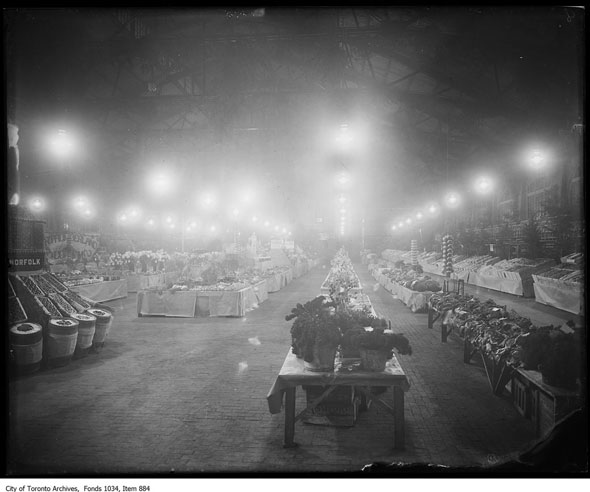 Interior of north market in 1917. The building was lit with Humphrey gas arc lamps that gave off an intense white light. Note the brick floor and viewing balcony on right.