Around 100 people participated in a candlelight vigil at Queen's Park in Toronto this past Friday in solidarity with murdered Jordanian pilot Muath Al-Kassasbeh.

Muath Al-Kassasbeh was reportedly captured by the so-called Islamic state (IS) when his plane crashed near Raqqa, Syria last December. His fate had been a mystery since then, along with that of two Japanese Hostages, Kenji Moto and Haruna Yukawa. It has since been revealed that the Japanese Hostages were beheaded by ISIS, as shown in a footage released last week. 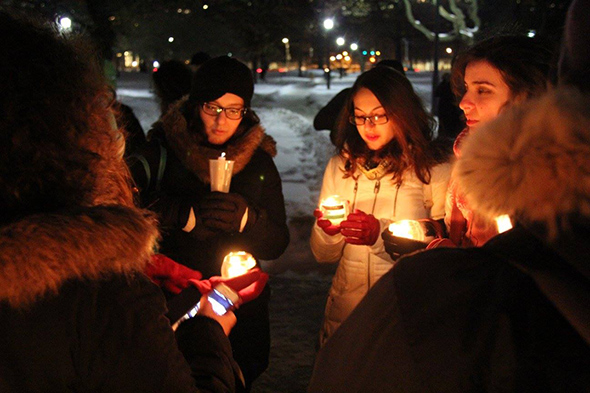 Muath's fate was finally revealed when ISIS released pictures and 22-minute footage of his gruesome killing. He was burned alive while being trapped inside a metal cage. It is believed that he was executed in January, though the footage was not released until February 3. 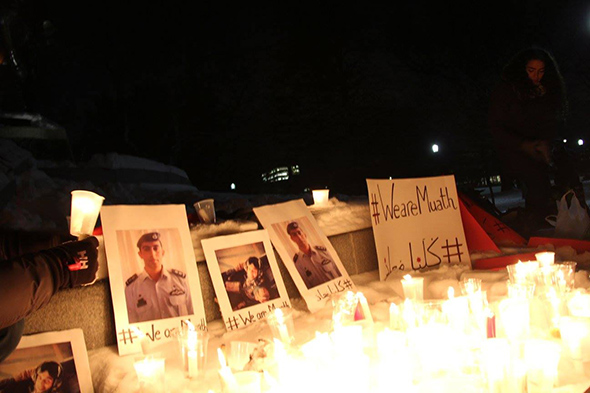 Saddened by this tragic event, people joined together as a global community and came out to a candlelight vigil to pray and mourn the death of Muath and the two Japanese hostages. The majority of the participants represented the Arab community in Toronto. During a moment of silence, people lit candles and prayed in solidarity with Muath's family and fellow Jordanians. 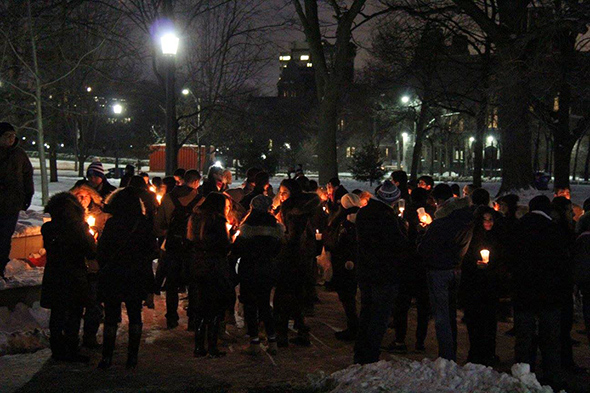 "Terrorism has no religion," "ALL LIVES MATTER," and "We see humans, but no humanity" were some of the posters held at the vigil. 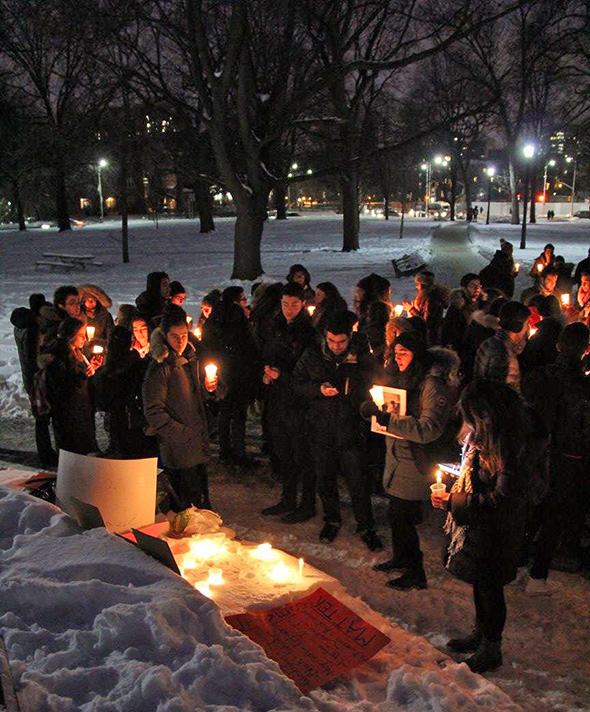 Writing and photos by Dina Al-Wer