The gifts of holidays past in Toronto

It's Christmas roughly 50 years ago, and you're shopping for gifts for your family. As always, Eaton's is a great place to start. That year, the department store chain, which was headquartered at Queen and Yonge, filled the newspapers with multi-page spreads advertising everything from winter tires to dolls. Maybe you'll get a Baby Pattaburp for the girl, or perhaps some rainbow binoculars for the boy.

Here's a look at what was on offer 50 years ago this Christmas. 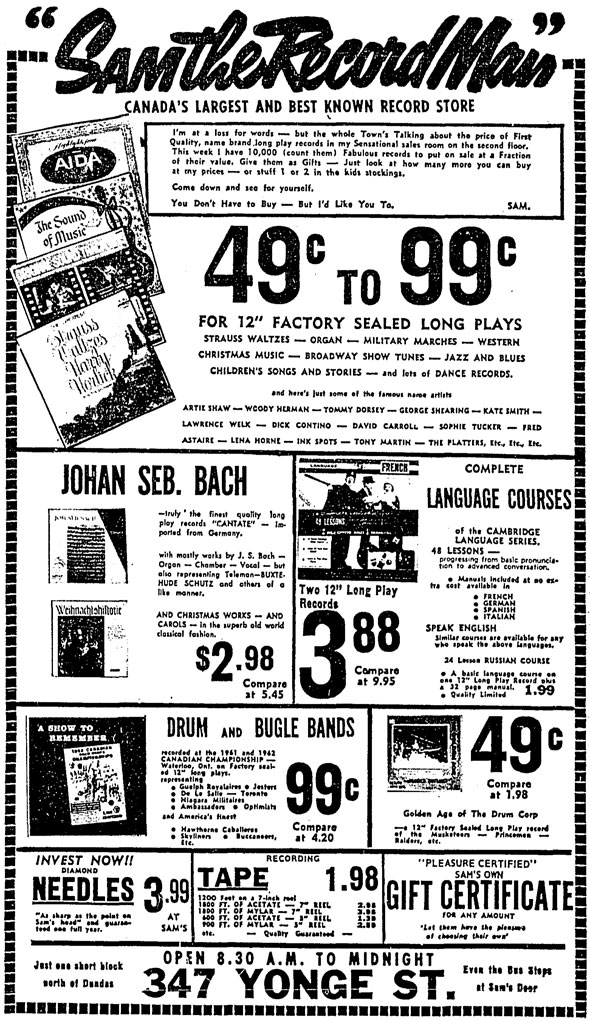 Sam the Record Man got festive in 1964 with Johann S. Bach and drum and bugle band records. Language records were also popular. Note the reel-to-reel starting at $1.98.

How about a movie tickets? My Fair Lady was playing at the University theatre on Bloor and Mary Poppins was at the Hollywood near Yonge and St. Clair. Elvis' Roustabout, in which he performed his own stunts and injured his head, was in its second month. 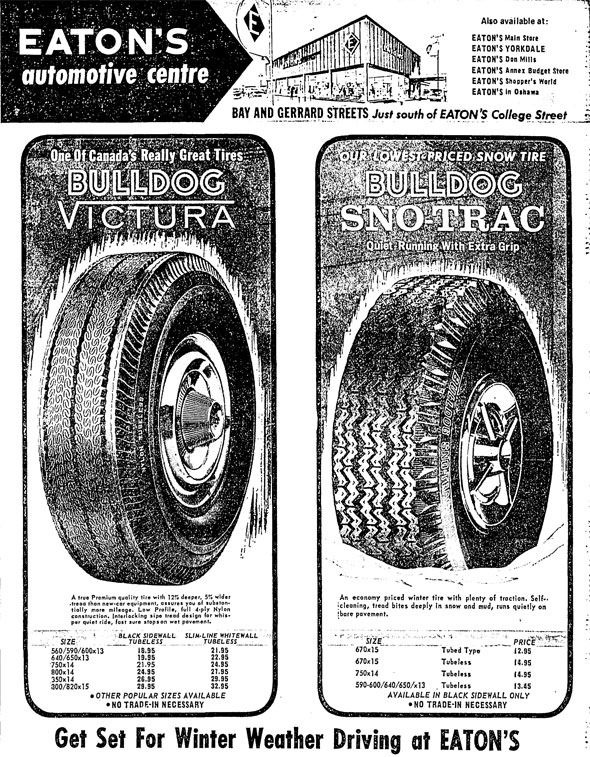 Eaton's had an auto centre at Bay and Gerrard. I'm not sure a set of tires would fit under the Christmas tree, however. 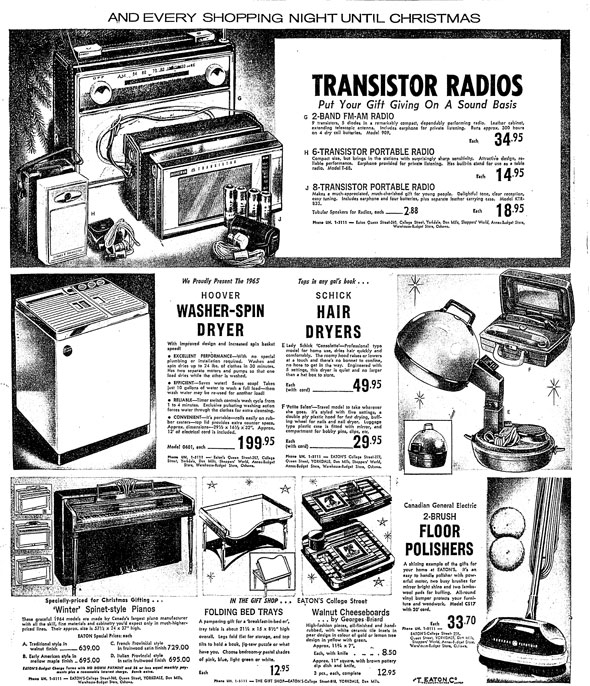 The gadget pages. Check out the foldaway hairdryer: "Tops in any gal's book."

It's interesting to note that in 1964 fashion was still advertised using stylized sketches. 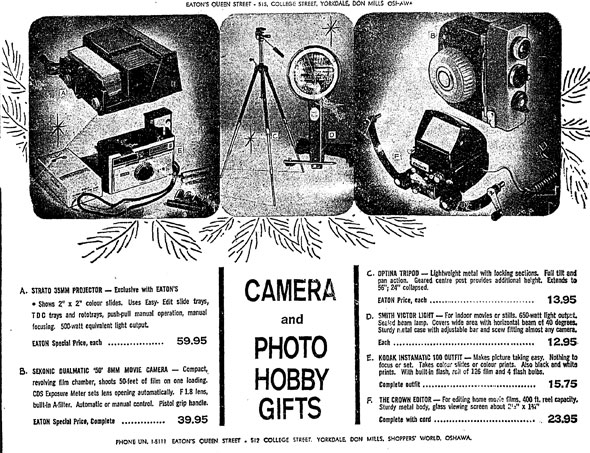 Photography gear at Eaton's College St. and Don Mills. A Kodak Instamatic for only $15.75. 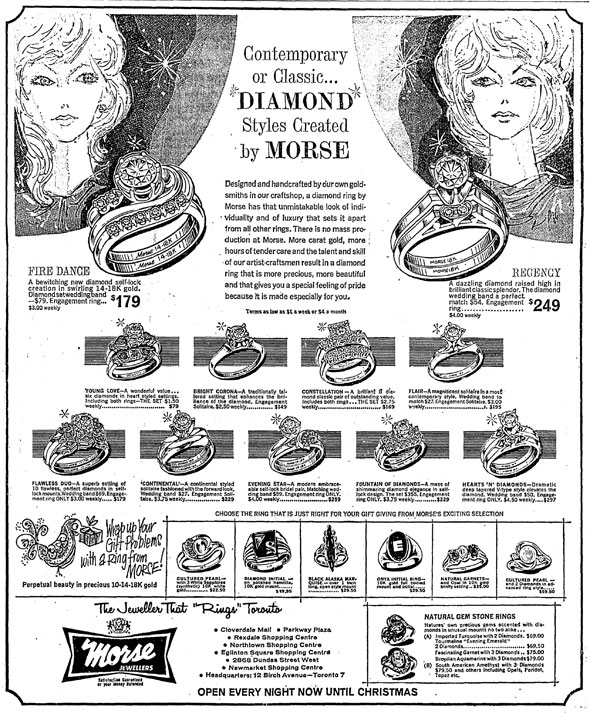 Maybe Christmas 1964 is the year you'll finally ask Susan to marry you. 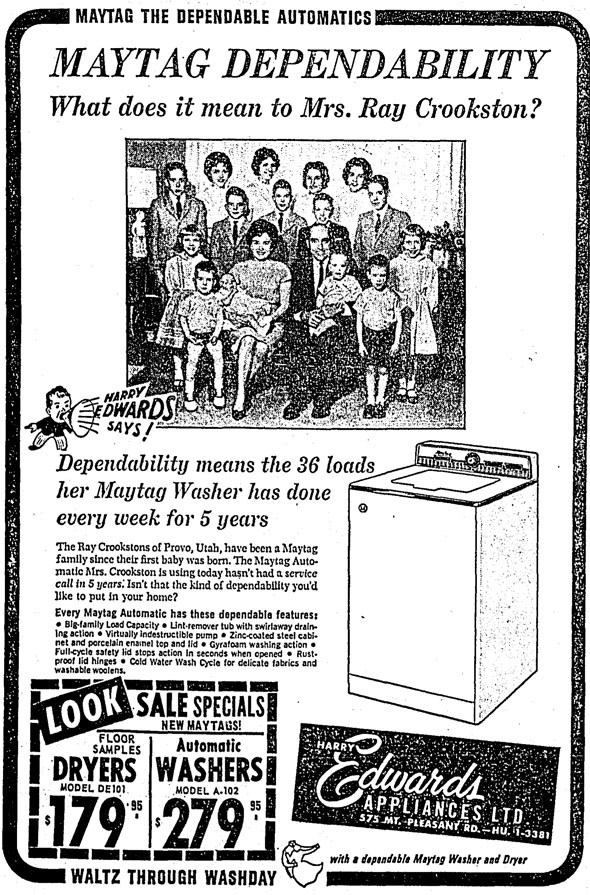 Home appliances were firmly marketed at women in the mid-60s.

"Think how clever I could be if only I owned a beautiful, fully-automatic Bernina '65." 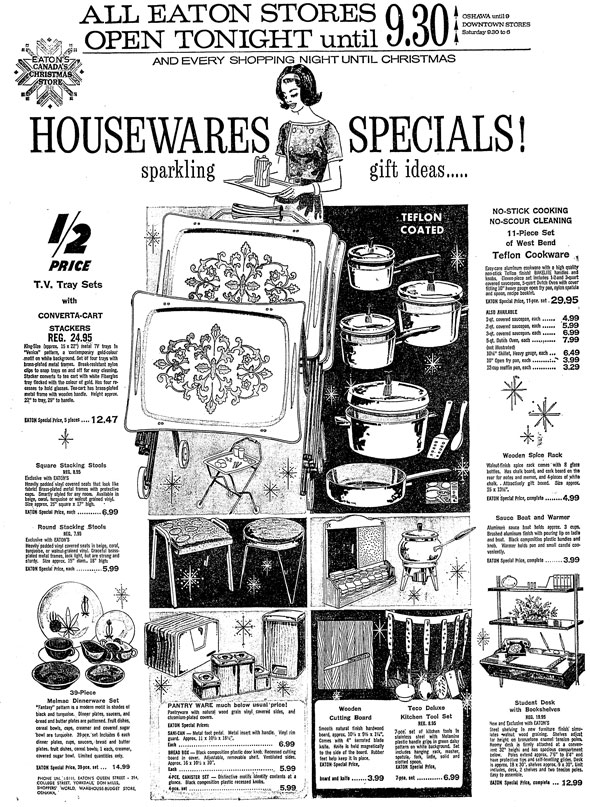 Some excellent T.V. tray sets were up for grabs. With wheels and everything. Also: Teflon cookware. 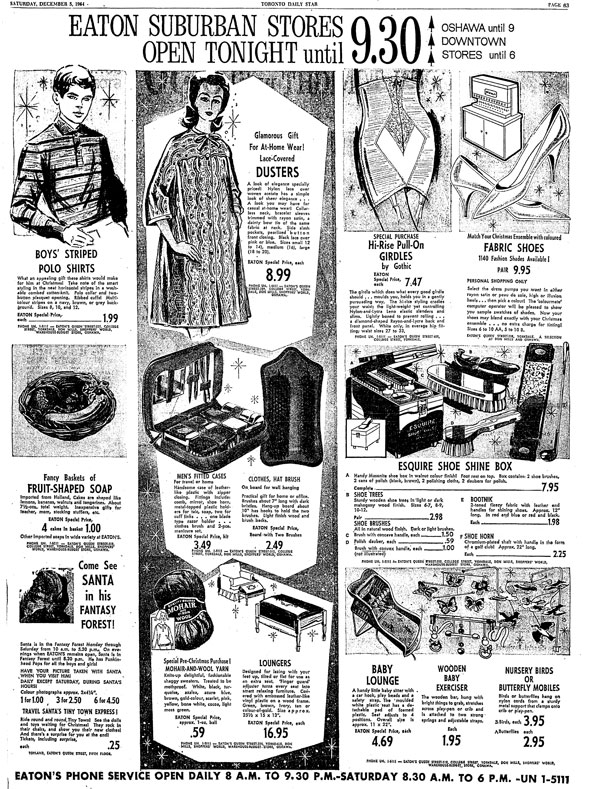 Dusters were all the rage in 1964. Also hi-rise, pull-on girdles and fabric shoes. 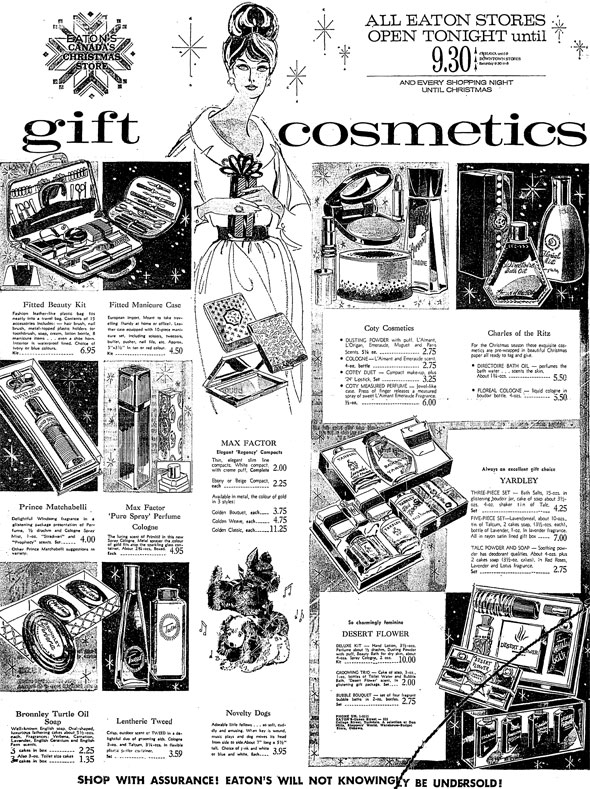 Desert Flower or Charles of the Ritz? There was always the novelty dog option. 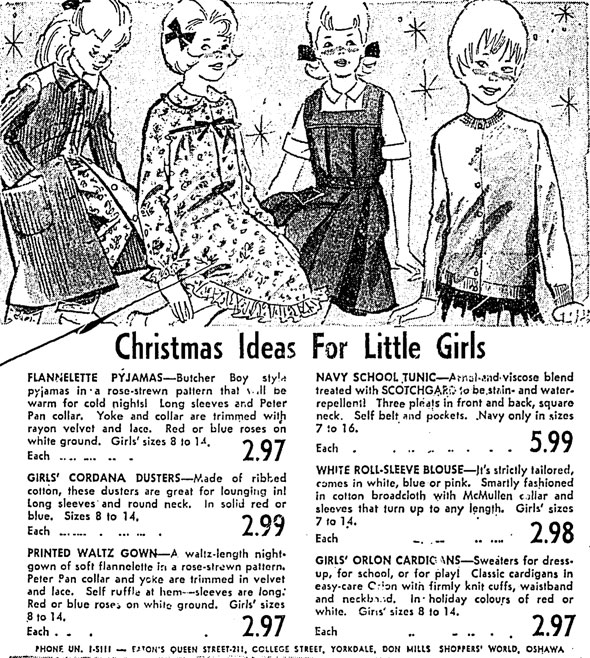 More dusters, this time for kids. 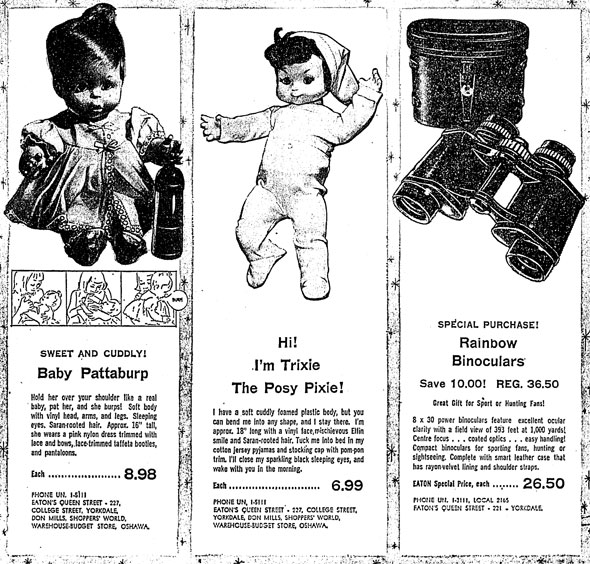 Something for the girl. Baby Trixie's had a "vinyl face" and "black sleeping eyes." It was probably best to shell out the extra few bucks for the Baby Pattaburp.