10 things you didn't know about Chinatown in Toronto

Today, the main Chinatown in Toronto is centred around Spadina and Dundas, but it wasn't always that way. The city's first predominately Chinese neighbourhood was once anchored around a now-demolished portion of Elizabeth St., where City Hall and Nathan Phillips Square stand today. Over the years, the community shifted west and smaller Chinatowns, like the one at Gerrard and Broadview, have appeared. Chinatown's home, it seems, is where the heart is.

Here are 10 things you didn't know about Toronto's various Chinatowns.

One of the first Chinese-owned Toronto businesses was a laundry on Adelaide St. E.
The 1878 city directory lists Mr. Sam Ching as one of the first Chinese businessmen in Toronto. His laundry at 9 Adelaide St. E. was of the first in what would soon become a booming industry. By 1902 there were more than 100 Chinese laundries in Toronto, which worried the city's Laundry Association. The group lobbied the city to impose a $50 fee on all new laundries, but the amount was eventually lowered to between $5 and $20. At their peak, the city directory listed Chinese laundries as a separate category.

A group of youths rampaged through Chinatown in 1919
As visible minorities in a predominately white, Anglo-Saxon town, immigrants from Asia were often the target of racism. As the federal and provincial governments adopted policies that discriminated against outsiders it deemed "unsuited" to Canada, a mob of around 400 men rampaged through the Elizabeth St. Chinatown, smashing windows and looting stores. The violence was centred on Hop War Low's cafe at 31 Elizabeth, where $300 was stolen. The violence, which the Toronto Star reported had been triggered after an argument between a waiter and customer, was condemned by then-mayor Thomas Church. 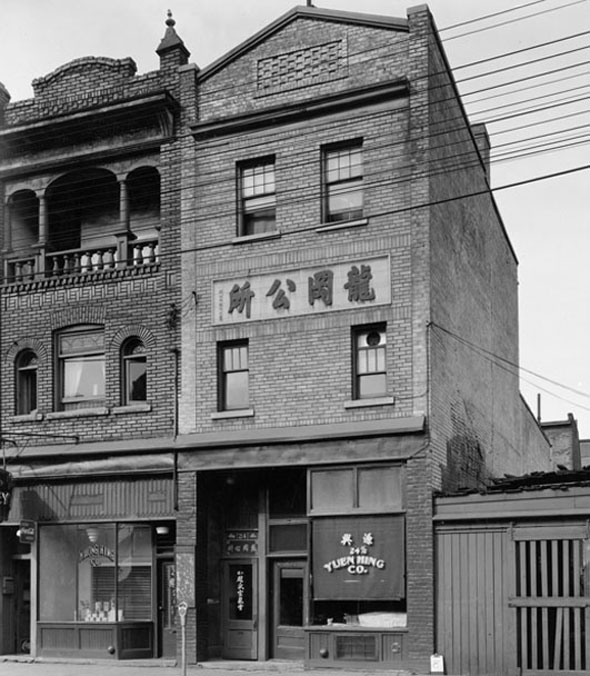 Chinatown used to be near Queen and University
Before the area was extensively reconfigured for construction of New City Hall in 1962, the neighbourhood around Elizabeth St. (north of Queen between Bay and University) was known as The Ward. Predominantly poor, the densely packed collection of homes was often the only place where new immigrants could afford to rent a room or open a business. As times changed, Chinatown shifted west to its present location and smaller outposts established on Gerrard and elsewhere.

The city ordered Chinese cafes to fire their white waitresses in 1928
Canada hasn't always been welcoming to outsiders. In 1914, in response to nationwide hysteria over an influx of Asian and East Indian immigrants, the Ontario government restricted who could work at businesses owned by Chinese people. Pressure from local Chinese and the country's Consul General stopped the law being enforced until 1928, however. According to the city archives, "the law addressed unfounded fears that Chinese employers would take advantage of white women."

Outside of Chinatown, Chinese restaurants served western food
As author Arlene Chan recalls in her book The Chinese in Toronto from 1878: From Outside to Inside the Circle, Chinese-owned restaurants, like Toronto Quick Lunch at 301 Yonge St., often served hamburgers, roast beef, steaks, apple pie, soups, sandwiches, and ice cream. The prices were often lower than rival businesses and so were popular among the working class and unemployed men during the Depression. As a result, in 1923, the Western-style Restaurant Owners' Association was established in Toronto. 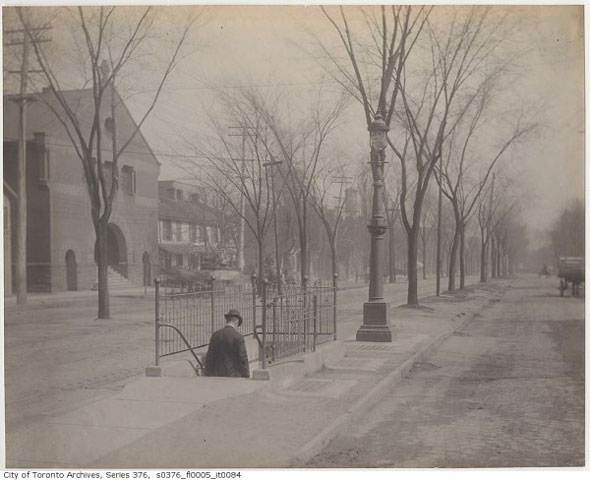 There used to be an underground toilet at Queen and Spadina
Toronto used to have several underground conveniences, most of them located at major streetcar interchanges on Queen: at Broadview, Parliament, and Spadina. The Spadina washroom was located down a set of steps located on the west side of the streetcar tracks. It was demolished in 1939 after being branded "the worst traffic hazard in the city" by a city alderman.

There used to be a raunchy burlesque shows at Dundas and Spadina
The Standard theatre started life as one of the city's only Yiddish movie houses, but after the second world war, as tastes changed, the business morphed into a saucy burlesque joint. Victory Burlesque was short lived (the building eventually became Chinese language theatre called Golden Harvest,) but the building still stands as a branch of RBC. 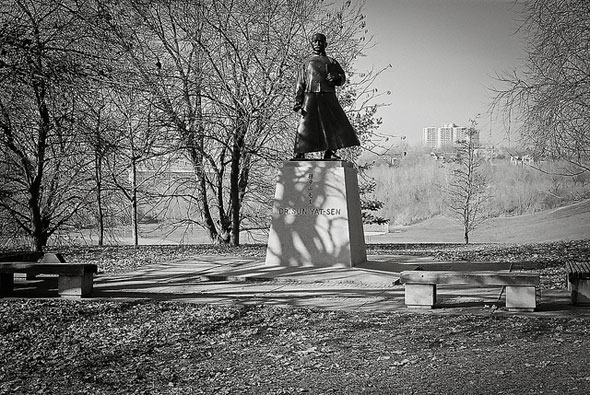 East Chinatown has a statue to a founding father of the Republic of China
Toronto's statue to Sun Yat-sen stands in Riverdale Park near the intersection of Broadview and Langley avenues. Sun was the first president of the Republic of China, the co-founder of the Kuomintang political party, and the developer of the Three Principles of the People, which roughly translate as nationalism, democracy, and the people's livelihood. Chinese people in Toronto raised funds for Sun's revolution in 1905 and thousands marched in 1925 to mark his death.

Queen and Spadina has one of only three "grand union" rail intersections on the continent
Cyclists know that Queen and Spadina is a treacherous tangle of streetcar tracks, but few know intersections like it are a relative rarity in North America. What makes Queen and Spadina special (with King and Spadina and King and Bathurst) is that north, south, east, and westbound streetcars are able to turn in any direction. The resulting track layout is as complex as it is pretty - just try not to snag a tire in its many hungry grooves. 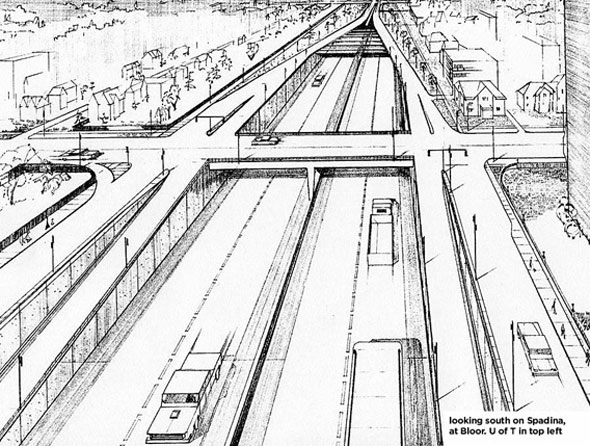