10 quirky things to know about Riverdale and Leslieville

Who says nothing interesting ever happens beyond the Don? Over the last century or so, Toronto's east end neighbourhoods have provided the setting for some of the city's ugliest history: capital punishment in the form of public jailhouse hangings, and the isolation of "idiots" and "the idle" in jail-like buildings away from the general population.

But it's been not all doom and gloom, of course. Riverdale was also home to the city's first baseball stadium, a popular place called Sunlight Park that overlooked the river, and a Leslieville tree may have inspired a poem so popular that it almost became Canada's national anthem.

Here are 10 quirky things to know about Riverdale and Leslieville. 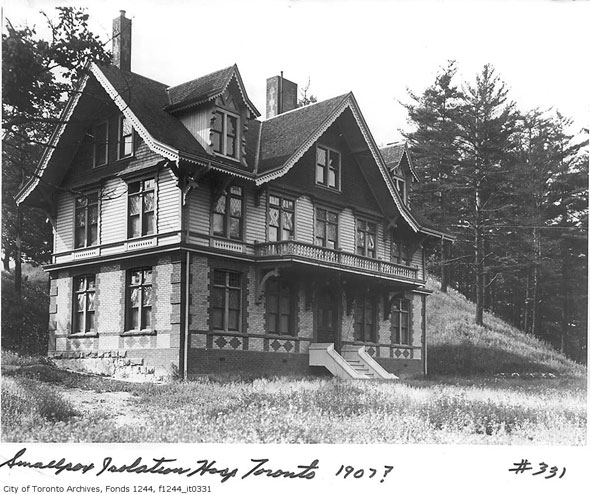 Riverdale Park used to be a place for storing the sick and poor
In the days before effective treatments to many communicable illnesses like smallpox and tuberculosis, "isolation hospitals," like the one founded on the site of today's Bridgepoint Health, were used to keep the sick away from the general population. Prior to the Riverdale Isolation Hospital, the Toronto Magdalen Asylum built a house in the present day park for "idiots, the idle, the lewd, the dissolute." The building later became a house of industry, offering beds and shelter in exchange for labour.

The oldest occupied house in the city is on Broadview Ave.
The John Cox Cottage isn't easily noticeable from the street behind its high front hedge. Built before 1807, prior to the Gibraltar Point lighthouse and the current buildings at Fort York, the original log cabin has been expanded over the centuries, but still retains several of its original features, including a pine-shingled roof and wooden walls. Unlike its more recent neighbours, the former log cabin is orientated due east, making it look crooked.

There were (briefly) plans to build a baseball stadium in the Don Valley and Riverdale Park
Before Major League Baseball granted Toronto the expansion franchise that created the Blue Jays, this city was actively pursuing the right to form a new American League team in 1960. The imaginary "Toronto Canadians" (the name the city used in its pitch to the league) could have played at Riverdale Park in a stadium serviced by the proposed Bloor-Danforth line, but the city eventually nixed the idea for being too costly (the flood-prone Don River would have had to be diverted in some scenarios.) 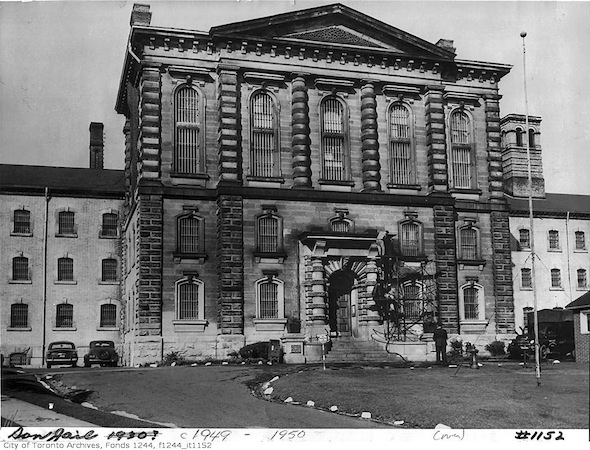 People used to be hanged at the Don Jail
Before Canada abolished the death penalty in 1976, Toronto's notoriously brutal Don Jail provided the backdrop to some 34 hangings starting in 1880. The first person to be executed at the prison that year was George Bennett, who was convicted of fatally wounding senator and father of confederation George Brown following a disagreement at the offices of the Globe newspaper.

The gallows were originally located outdoors, but hangings were later conducted in a converted bathroom within the jail. Canada's last hangman used the pseudonym John Ellis. He sprung the trap beneath convicted murderers Ronald Turpin and Arthur Lucas in 1962, this country's last execution.

The Broadview Hotel wasn't built as a hotel
The famous Riverdale flophouse (soon to be transformed into a boutique hotel in the mould of the Gladstone) was originally home to a branch of the Canadian Bank of Commerce and lawyer and dentist offices before it was retrofitted for hospitality in 1907. The building was built in 1891 by soap magnate Archibald Dingman and known early on as Dingman Hall. 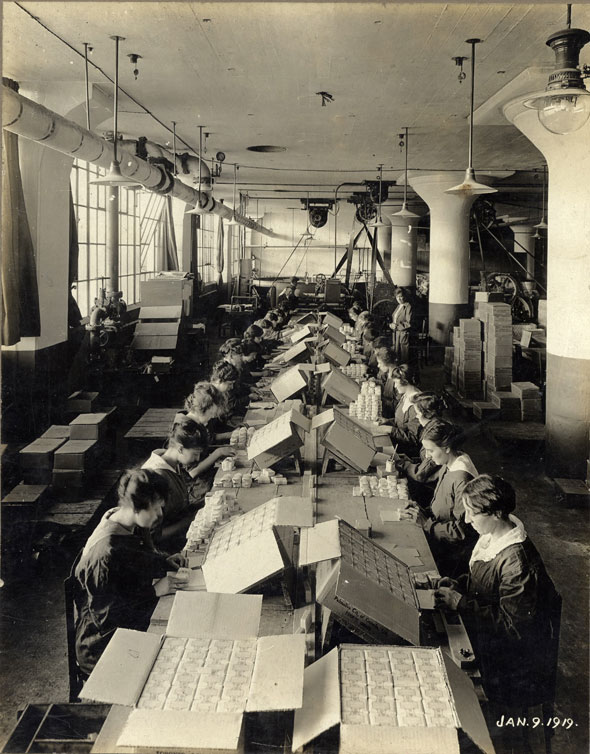 Colgate Ave. really is named after the toothpaste company
Colgate-Palmolive Peet Company used to operate a large factory on Carlaw, just north of Queen. The American company was founded in New York in 1806 and opened its Toronto factory, which produced toothpaste, soap, and other toiletries, in 1919. It was neighboured to the north by two chewing gum factories: William Wrigley Jr. Co. and the Canadian Chewing Gum Co. and a factory complex that produced mirrors and moulding. Natalie St. was renamed at the request of the company.

There's a complex subway interchange under Danforth and Greenwood
Traveling between Greenwood and Donlands stations, subway riders might notice a strange tunnel veering away to the south. No, it's not a secret subway line, it's a short access track that connects the main line with the Greenwood subway yard. A split-level wye allows trains to enter or exit service from either direction. The short yard access tunnel travels a few blocks south before emerging in daylight.

No-one is sure if the Maple Leaf Forever tree is for real
The story goes that Alexander Muir was inspired to write his beloved poem Maple Leaf Forever in 1867 when a leaf from a Leslieville maple tree came to rest on his clothes, but there is little evidence it was the one that blew down last year. Muir was a Leslieville school principal and no doubt walked past numerous maple trees in the neighbourhood. A plaque erected in 1930 by the Grand Orange Lodge of British America appears to be the first to make the link to the tree at Laing Street and Memory Lane. 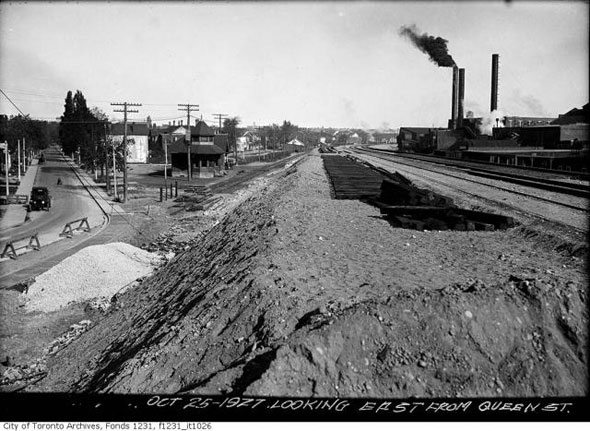 Riverdale used to have a railway station
Opened in 1896, Riverdale railway station was located on De Grassi St., just north of Queen. In 1904, a collision between a streetcar and GTR express train just south of the station killed three people and injured 18 more, leading the city to raise the rail corridor and build an overpass at Queen. Riverdale station was closed in 1932 and demolished 1974, but evidence of the station is still visible. There is a disused set of buffers and some old signage behind Jimmy Simpson Recreation Centre.

Toronto's first baseball stadium was located in Riverdale
Sunlight Park (officially the Toronto Baseball Grounds) was built in 1886 southwest of Queen and Broadview, close to the Don River. The stadium, which had stands four storeys high and room for 2,250 spectators, was home to the "Torontos" team, later renamed the Toronto Maple Leafs. Admission was 25 cents, according to the historical plaque. The park was named Sunlight Park after Sunlight Soap Works, which was located within view of the field where the BMW dealership is today.