The 2010 Toronto election had its fair share of spoof campaigns to bring a little levity to what is a long campaign, but there's been little of this sort of fun this time around. Well, that is up until now. This campaign on behalf Doug Ford is wonderfully simple and also hilarious. Perhaps the best part is that Michael Dunbar Jr., the person behind the spoof (or least the name associated with the Twitter handle), actually managed to get these brochures onto a table amongst the official version at a recent debate. They stayed there for about 15 minutes, he reports. 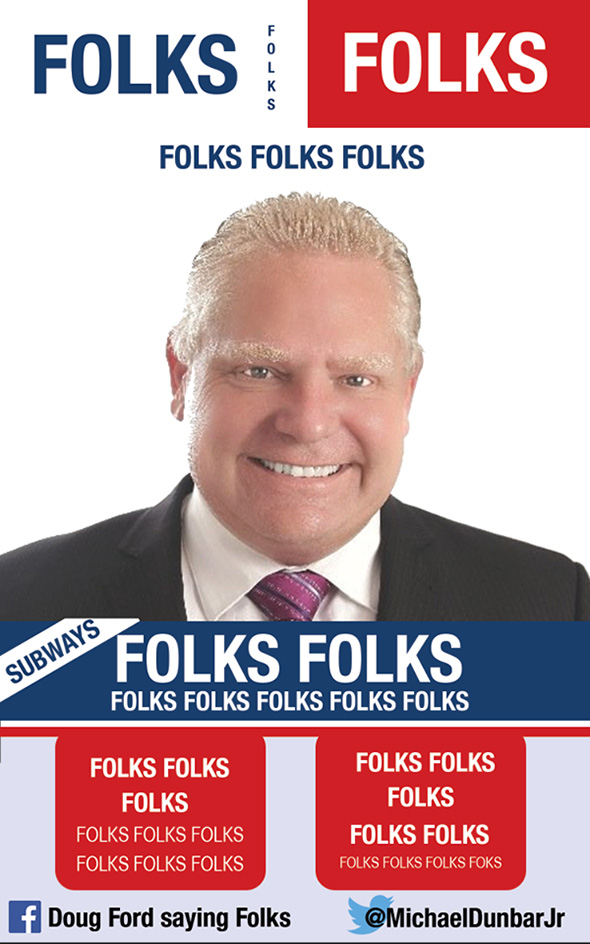 And lest you think that this is all just picking on the newest entrant into the mayoral race, Dunbar Jr. has also got some love in store for John Tory's transit plan (see below). Here's hoping there's even more on the way in the days to come.