The Ford years didn't end with any of the spectacle we had come to expect from the city's most controversial elected representatives, but rather with confirmation of what we thought would happen since the summer: a John Tory victory.

The mayor-elect consistently led in the polls since the end of July, but the final result was closer than expected. For a few nervous minutes it appeared Doug Ford was within striking distance of snatching a win. Chow, considered a shoo-in early in the campaign, never mounted much of a challenge, finishing a distant third. 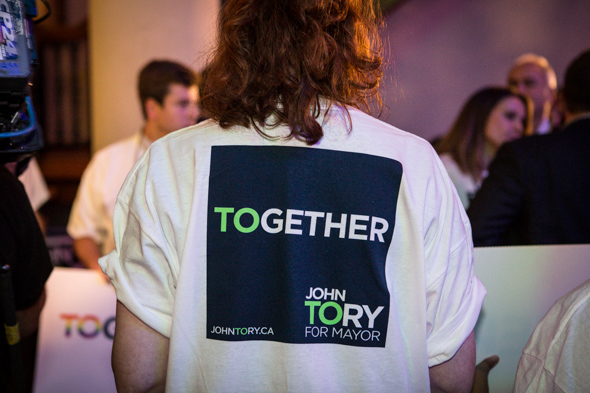 Most of Tory's 40 percent (less than the amount Rob Ford netted in 2010) came from from downtown, midtown and North York. As expected, Ford placed strongly in north Etobicoke and Scarborough while Chow won in just a handful of ridings: Parkdale, Davenport, and Trinity-Spadina area.

Perhaps Rob Ford's gift to the city was record turnout: 980,000 of eligible voters cast a ballot, more than 10 percent higher than in 2010 and a record since amalgamation. The outgoing leader, who pulled out of the mayoral race from a Mount Sinai Hospital bed and was largely absent from the campaign trail, comfortably won the Ward 2 council seat, beating out Andray Domise. 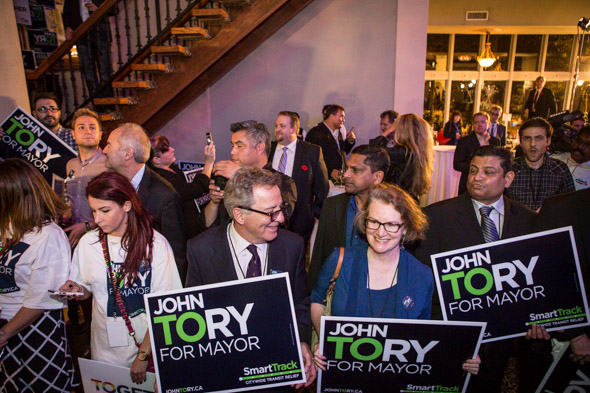 John Tory's victory party at the Liberty Grand started quietly. An anxious crowd, clutching beer and wine, nervously watched on giant projection screens as their candidate held on to a narrow lead. After the CBC called the election for their candidate, flashing his face onto the screen, there was joy, but mostly relief. 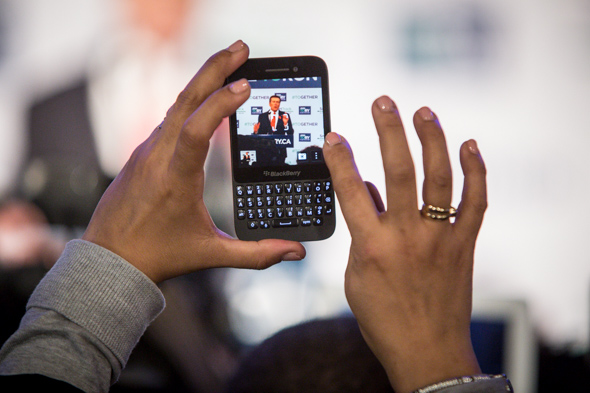 Tory took to the stage to Let's Go by Calvin Harris feat. Ne-Yo and chants of "Tory, Tory, Tory." There were no blasts from the horn of a fire truck, no waving bobblehead figurines, and he didn't step from an decorated RV. It was, you know, normal. He even spoke French.

"Ladies and gentlemen, the people have spoken. And tonight we begin the work of building one Toronto. A prosperous, fair, respected, and caring Toronto ... tonight is not a victory for any one person, it is a victory for Toronto."

Tory promised an "end to the division that has paralyzed city hall" and to build a "strong, inclusive city." 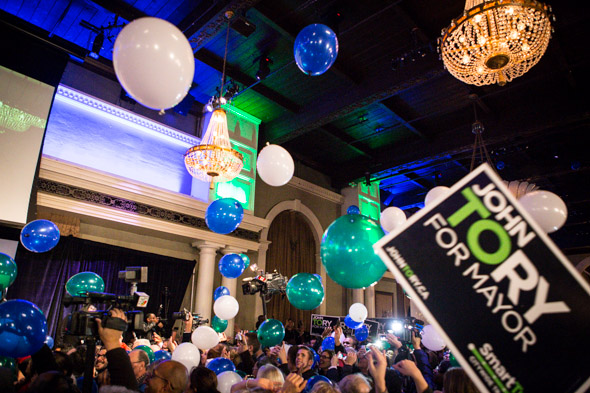 A low-key party ensued. There was a free buffet, but no dancing, and most of the crowd slipped into cabs and rented buses before midnight.

It remains to be seen whether Tory's transit plan will become a reality (early indications suggest the financing is shaky) or whether in four years we'll be scratching our heads over the vagaries of tax increment financing on an increasingly crowded subway. 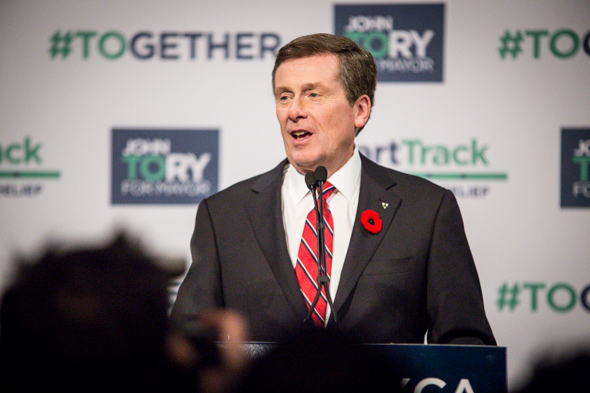 He'll also have to deal with the crumbling Gardiner expressway and the question of whether jets should be allowed to use the Island airport. The Scaborough subway, which he supports, appears safe--for now. 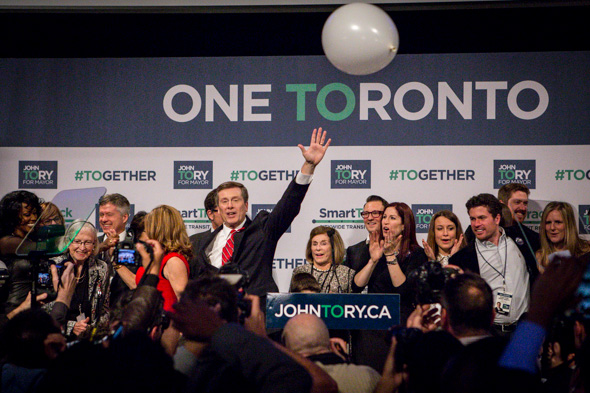 As mayor, Tory will have to heal deep divisions in city. As is sometimes the nature of First Past the Post elections, the majority of the city voted for Doug Ford or Olivia Chow. There were troubling racist elements to this year's vote, too. Signs were defaced, slurs shouted at debates, and cartoons published. It will take a skilled leader, maybe more than one, to make "diversity our strength" again.

John Tory will be sworn in as mayor on Dec. 1.