5 things Toronto could learn from London

Cities like Toronto love to compare themselves to London. A major metropolis and world financial centre, the United Kingdom's biggest and most populated urban centre has been a trend setter for centuries, pioneering or popularizing many of the features standard to cities around the world.

Some 8.4 million people live in Greater London, even more in its sprawling commuter belt. The city has a massive and growing public transport network that comprises subways, surface rail, streetcars, light rail, buses, even a weird novelty gondola thing. Paying to ride transit is astonishingly simple, its endless tangled network of ancient streets includes pedestrian-friendly zones, and many of its best museums are completely free.

Here are 5 things Toronto could learn from London.

Don't stop with fare cards
Transport for London's Oyster card was one of the first contactless fare payment cards when it launched in 2003. In a city with a complex system of fare zones, the Oyster card made finding the correct (and more importantly, the cheapest) ticket delightfully simple. Tap on, tap off, and the card automatically deducts the correct fare up to the price of a day pass. Simple.

With the arrival of contactless credit and debit cards, TfL now allows riders to pay directly from a bank account--no fare card required. It works the same way: passengers touch a compatible bank card to a reader when boarding and exiting, and the system does the rest.

In Toronto, we're still paying cash and waiting for Presto, but the problem goes far beyond simply looking antiquated. Failing to keep up with fare technology is the number one reason why the King streetcar is a disaster. Without Presto and all-door boarding, some 60,000 people a day must shuffle past the driver, leading to between 40 and 50 percent of all delays on the line.

It may be that the fare card of the future is no fare card at all. 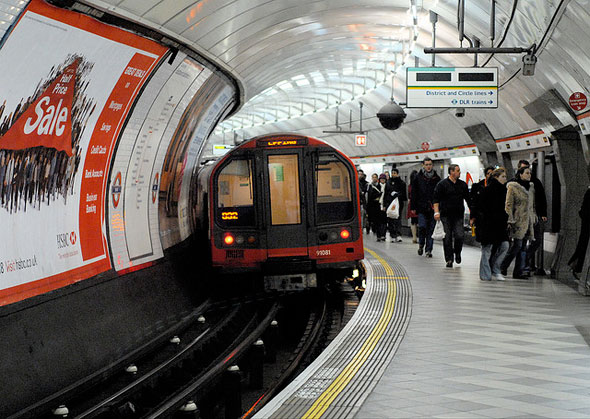 Pursue late night (even all-night) subway service
We've touched on Toronto's lack of late-night subway service in this series before, but it bears repeating: at the very least, the TTC should align its last train with last call at the bar. London mayor Boris Johnson announced all-night weekend tube service on the Piccadilly, Victoria, Central, Jubilee and Northern lines starting in 2015. Managing director of London Underground Mike Brown called it "the most exciting thing that has ever happened for London and its night-time economy."

The biggest obstacle to running the Toronto subway though the night is maintenance. The TTC uses the brief window between the last and first trains to carry out important repairs, so even a brief extension of subway hours would eat in to that time, possibly leading to more full weekend closures. For that reason, perhaps all-night service in Toronto makes most sense on Fridays and Saturdays.

Make fare increases routine and predictable
This idea, borrowed from CityLab's list of ideas U.S. cities should steal from London, appears to make some sense. In essence, Transport for London makes it clear that prices are going to rise every year, the only question is by how much. London's transit prices are already eye wateringly expensive, but behaving predictably goes some way to soften the blow for riders and politicians. Contrast that with the TTC, which drops a fare hike every few years to much consternation. 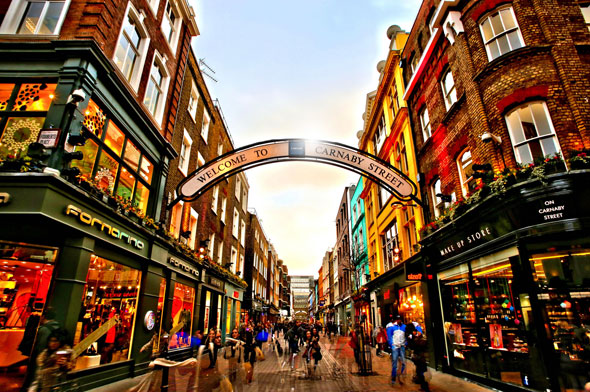 Kick out the cars
London's most famous attempt to quell its choking traffic was the Congestion Charge, a heavy ÂŁ11.50 ($20.60) toll on all non-residential, inbound traffic, Monday to Friday (resident's permit holders qualify for a 90 percent discount.) The proceeds, minus the cost of running the system, is reinvested in the transportation network. Toronto probably isn't ready for such a scheme (the TTC is struggling to manage rush hour demand as it is,) but the city could work on making certain streets more pedestrian friendly.

Yonge Street between Queen and College or even Bloor is ripe for a makeover. Pedestrians heavily outweigh vehicles throughout the year, according to figures gathered by the local BIA, and yet there are still four lanes of sometimes high-speed vehicular traffic, making patios and other beneficial outdoor spaces impossible, or at least unpleasant.

London has a number of fully or semi-pedestrianized areas, like Carnaby Street, Leicester Square, and Covent Garden. Elsewhere, there are street layouts that allow cars but heavily favour foot traffic.

Find a way to make museums free (or very cheap)
Some of London's biggest and best museums and galleries--the Natural History Museum, Science Museum, and Victoria and Albert Museum--have no entrance fees thanks to a subsidy and tax tweak provided by the national government. There are fees to view special collections and exhibits, but anyone can walk in off the street and see dinosaur skeletons without opening their wallet.

It costs in the region of $20 to view the treasures of the Art Gallery of Ontario and the Royal Ontario Museum, except during a brief Wednesday night window at the AGO and on Friday afternoons at the ROM. Bringing a family to see the publicly-owned works of the Group of Seven or Rubens' Massacre of the Innocents can run in excess of $50. Perhaps private sponsorship or government subsidy could ease the pain.