Cumberland Terrace has seen its better days. Walking around on its underground level, it's possible to imagine that it's 1974, the year the mall opened. There's something fascinating about this, but it also underscores the degree to which this prime piece of real estate is primed for redevelopment.

With plans in the works for about five years now, the latest on the property is that the developer has submitted a proposal to the city's planning department, one that represents a significant departure from the last designs for the site. Gone are the two towers of the last renderings for something a bit more modest.

Highlighted by a 54-storey condo, the plans by architectsAlliance also include redesigned retail space that would connect to existing buildings like the Hudson's Bay Centre and Holt Renfrew. The new mall will provide larger space for big retail, while the mid-black tower will feature a dramatic lobby with visible beams designed to divert load from the building to either side of the subway tunnel bellow (the Bloor-Danforth Line runs directly underneath the development). 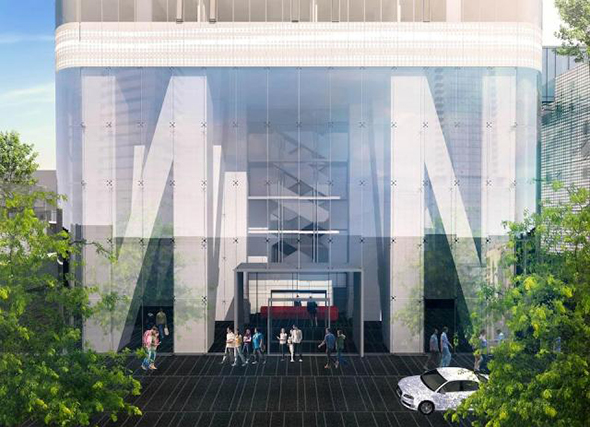 There's also a couple of hidden parking levels hidden above the podium because underground isn't an option due to the presence of the subway. Atop the the retail space there's a large green roof and recreational area for condo dwellers. Over all, it's a promising looking redevelopment proposal, and part of a efforts to radically transform Yorkville over the next decade. 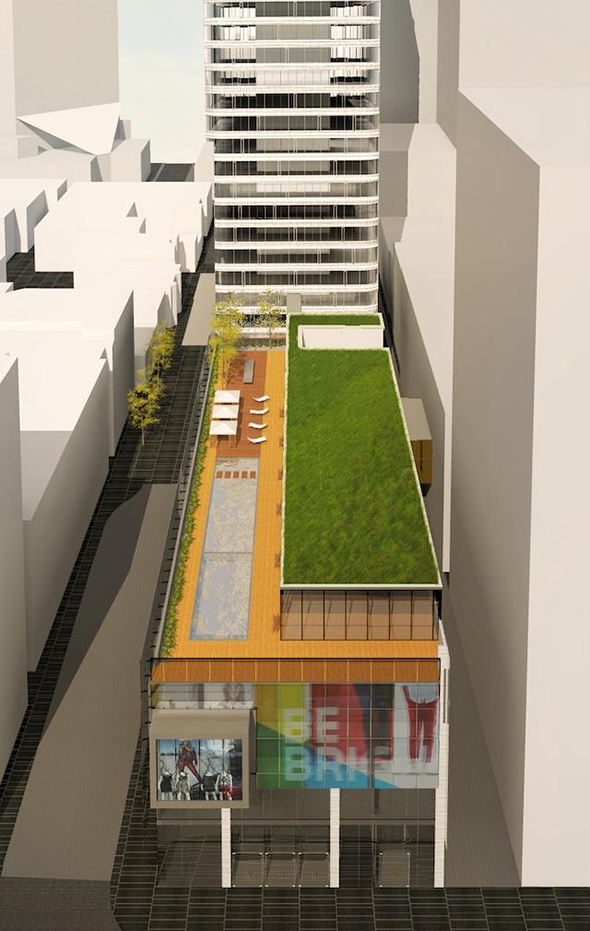