The new Visitor Centre at Fort York opened this past weekend, a year late and not completely finished, but looking very much like the architectural drawings that announced the project in 2009. While the Common Ground Festival went on inside the Fort and musicians played on the temporary stage in the square outside the new centre and directly beneath the Gardiner, the public got a chance to see the new addition to the crown jewel in the city's inventory of historical properties.

The landscaping around the Visitor Centre is still unfinished and the cafe kitchen still houses the site construction supervisor's office, but the gallery spaces are finished and furnished with exhibits. Best of all, the building's exterior - and probably the thing that won the collaboration of Kearns Mancini Architects and Patkau Architects the commission - is as striking as it promised to be when they beat out three other bids over four years ago. 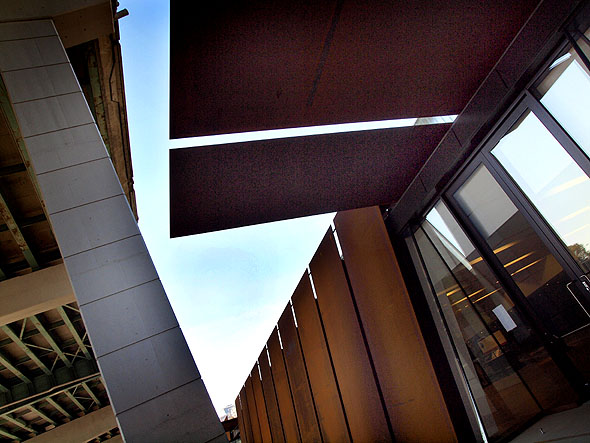 Built like a fort itself, with sloping walls of rust-patinated steel and vertical slits for windows in front of a "moat" of grasses, the building is tucked into what was, just two years ago, an embankment that separated Fort York's parking lot from the no-man's land beneath the Gardiner Expressway. 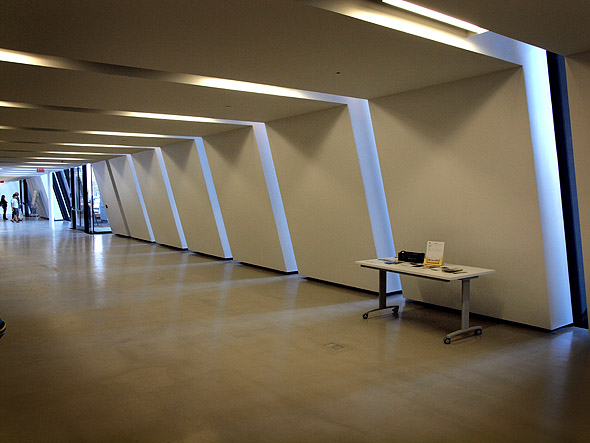 Inside, a long hall houses three - possibly four, including the display near the entrance - exhibition spaces, three of which are devoted to displays of World War One memorabilia from the collection of the City of Toronto Archives, including medals, badges, paintings, posters and weapons. The fourth room features Charles Pachter's War of 1812-themed pop art paintings, the only display in the building connected to the bicentennial celebrations of the war between Britain's Canadian colony and its U.S. neighbour which began two years ago. 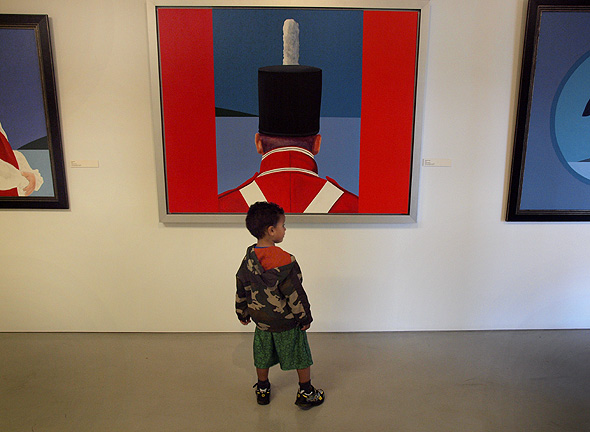 The Visitor Centre was meant to be finished a year ago, in time for the anniversary of the battle where Fort York was on the front line, defending the town of York from invading American troops. That deadline was a victim of Toronto's development boom, however, and it took longer than anticipated to find a contractor who had the time to deliver the building on budget. 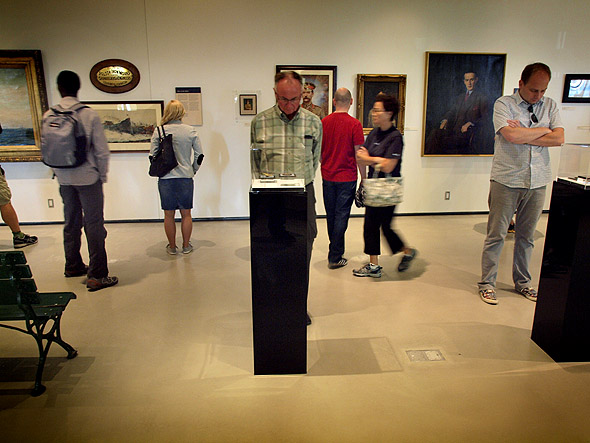 This year being the centenary of the outbreak of World War One, it was more timely to devote the lion's share of gallery space at the Visitor Centre to that conflict and its effect on Toronto. It's an excellent show, though, and the embarrassment of riches the city archives has been able to provide makes you wonder what else might be hiding in storage there, waiting for gallery space still unbuilt.

The city's long and fruitless attempts at building a city museum might find a temporary respite here, at the city's largest and highest-profile historical facility, where tourists and school trips will get a chance to view a sample of the artifacts that mostly sit in storage at the city archive building on Spadina and in warehouse spaces elsewhere. Not using at least one of the Visitor Centre galleries for rotating exhibitions of city history - military and non-military - would be a missed opportunity. 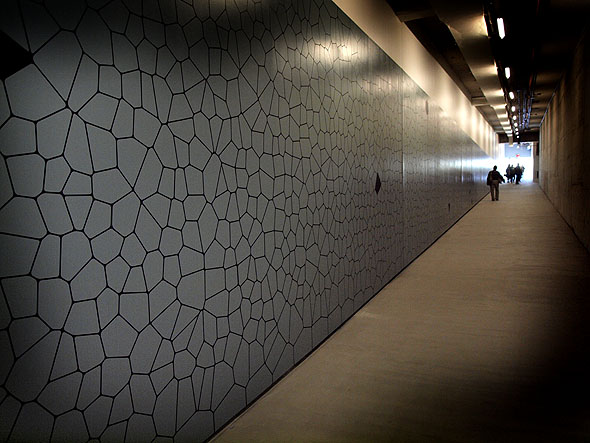 Another missed opportunity, unfortunately, is the long hallway that brings you from the lower galleries of the Visitor Centre up to the gates of Fort York, which on the opening weekend housed a sound installation and a long, very drab mural of mathematically-inspired artwork. This transition area between the modern world and the historical precinct of the Fort should be a mood-setting zone but it feels like an afterthought, as unfinished as the raw earth by the pathways outside. Hopefully it'll be given a second thought.