Gloss Condos is a 24-storey development on Richmond Street West, that will sit right next to the more daringly designed Picasso condos. Developer Greenpark had a bit of trouble getting this one through the approvals process, but the project is now officially in pre-construction after being scaled back a bit from its first proposals.

I suspect opinion will be divided on the aesthetic merits of this building, in part because it looks very different depending on the angle from which you approach it. From the south, the condo looks rather monolithic and institutional. The podium breaks things up a bit, but there's not a whole lot of flair. When looked at from the north, however, one sees that upper floors feature graduated terraces and balconies that jut out the side of the building, which makes for significantly greater visual interest. 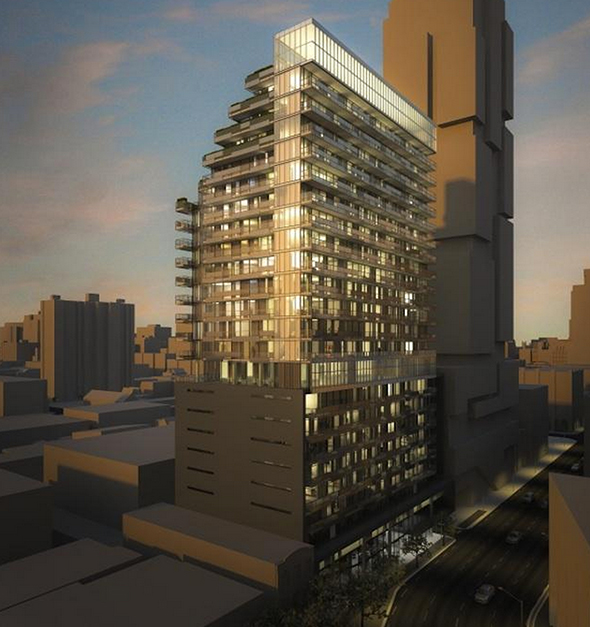 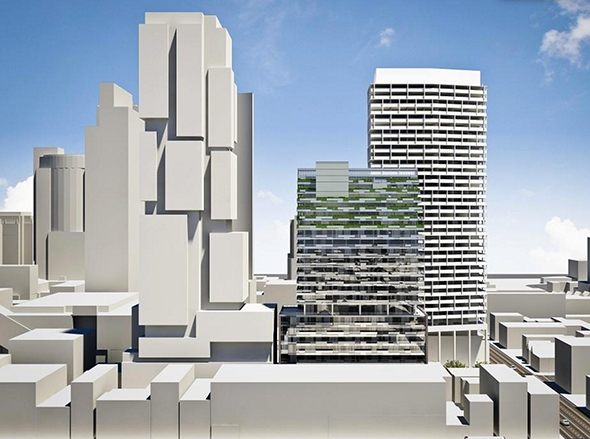 It's too early to weigh in on the interior of this development, as we've yet to get a look at the amenities list or renderings of the units. What it is possible to say right now is that this is a well located condo that's soon to be part of major intensification on Richmond West in the area around what was once the heart of the club district. Between this development and neighbouring Picasso, almost 700 hundred units are being added to the area at Richmond and Widmer.

This is a good place for high density housing, even it the construction of Gloss Condos meant the demise of a few of the remaining Victorian houses on Richmond. In an ideal world, the podium of the building would hold more visual interest, as would the entire south-facing facade, but the triangular-shaped north side of the building is 1) nice to look at, 2) opens up some outdoor space for future tenants, and 3) will help to keep Picasso's design from being completely blocked off.

What do you think of the design of Gloss Condos? 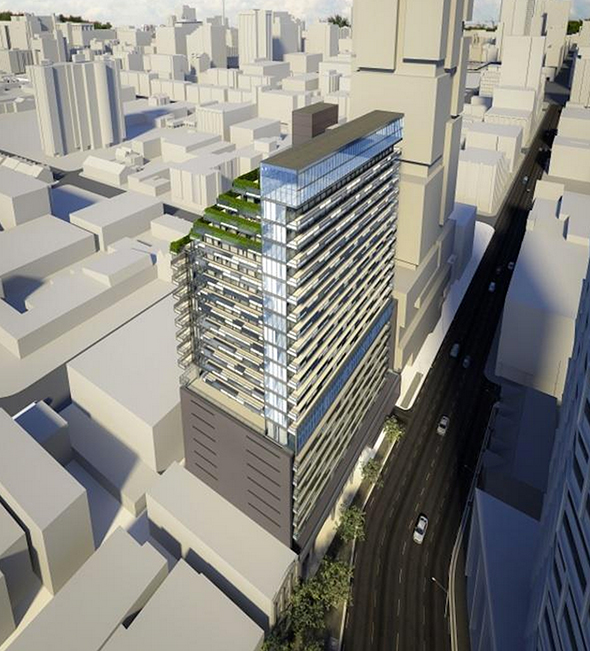