5 things Toronto could learn from Singapore

5.3 million people are crowded into the island nation of Singapore. At just a touch larger than the City of Toronto, the city-state is the most densely populated country in the world, a place where car ownership, public transit, water conservation, and income disparity are critical issues that affect the entire population.

Because it has absolute authority over its own affairs, Singapore is able to control its urbanity to a much greater degree than Toronto, but that doesn't mean there aren't plenty of good city-building ideas within our reach. Here are 5 things Toronto could learn from one of Asia's leading commercial hubs.

Make pedestrian crossings safer for everyone
In Toronto, the amount of time a pedestrian has to cross the street depends on the width of the road. Before May 2013, people were required to move at 1.2 metres a second to make the other side before the countdown expired, but that was revised down to 1 metre a second in an effort to give more time to the elderly or people using mobility devices.

In an effort to balance the needs of road users and people who need extra time to cross the street, the city has committed to expanding its "Green Man Plus" technology to more than 495 crossings across the island by 2015. The contactless card-based system allows holders to summon an additional 3 to 13 seconds crossing time. Without a swipe, lights operate on a normal schedule. Check out the cute explainer above for more info.

Lure people onto public transit with incentives
Before he dropped out of the race, mayoral candidate David Soknacki suggested the city reward early bird commuters with free use of public transit. Singapore adopted a similar proposal in June 2013, and it appears to have had the desired effect. About 7 percent of morning riders caught the subway earlier, easing congestion for those traveling during the traditional rush hour period.

The bait doesn't have to be free fares. Pleasant subway stations encourage riders, so too does the promise of speed, convenience, and saving money. In Toronto, nixing street parking on streetcar routes, prioritizing transit vehicles, or aligning the departure of last train with last call at the bar could count as incentives. 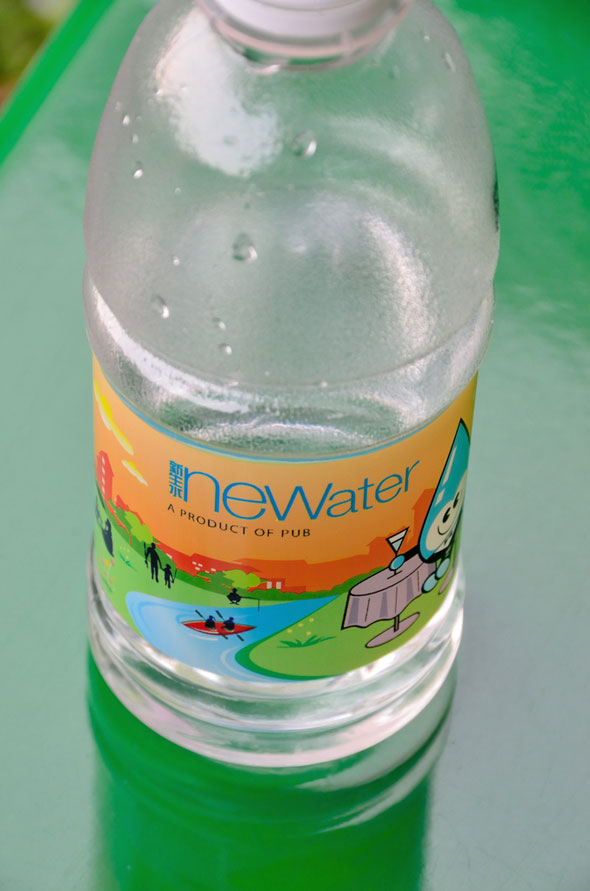 Conserve every drop
Water conservation efforts in Singapore have become so effective that the city is drinking its own urine. The densely packed island sees plenty of rain--about 2.5 metres a year, more than twice the global average--but still imports 40 percent of its drinking water from neighbouring Malaysia. In an effort to reduce foreign water dependency, the country has invested heavily in desalination plants and other efforts to recycle and purify waste water. The result of which is the NEWater program that, among other things, produces its own brand of bottled water.

By using "advanced membrane technology," Singapore is able to turn contaminated waste water into high-quality potable water. Over the next five years, the government has pledged $290 million to further water reclamation research and development. Toronto might lie on the shore of one of the world's great bodies of fresh water, but as the city grows, it will become vital to conserve its bounty.

Public washrooms don't have to be a disaster
Toronto's history with public washrooms is long and troubled. A plan to install toilet facilities at major streetcar interchanges stalled in the early 20th century over fears of unsanitary conditions and NIMBYism, leaving the last remaining public washroom outside of a public park to close amid rising costs and declining use in the late 1980s. A planned fleet of automatic pay toilets has been abandoned after two installations.

Singapore, on the other hand, is fanatical about public washrooms, particularly when it comes cleanliness. It is a legal requirement to flush and the owners of public bathrooms must provide liquid soap and towels, toilet paper, litter bins, hand dryers, sanitary disposal bins, and adequate ventilation, or else. The Restroom Association of Singapore (RAS) is the freelance police on these matters, and the group launched a smartphone app last year that allows people to report bad commodes.

Think carefully about ways to discourage car use
Singapore doesn't make it easy to afford a car. Just 15 percent of the city-state's population owns their own vehicle, in large part due to steep taxes and fees. Vehicles are taxed at a minimum of 100 percent of the open market value and the government requires car owners to purchase a Certificate of Entitlement. "A Toyota Corolla purchased in Singapore would run you about $48,000, today the price for the same car is closer to $96,000," writes Mimi Kirk for City Lab.

Instead of making cars less desirable, the rules appear to have had the opposite effect. Owning a car has become a coveted status symbol and the ever increasing gap between rich and poor has become a sticky issue in the country. One of the solutions, a professor at the National University of Singapore told City Lab, is to make other modes of transportation more desirable. It's not enough to simply wage war on cars, it seems.