5 things Toronto could learn from Barcelona

Barcelona, Spain's second largest city, has a lot going for it. Tourists flock in by the millions, the central city is dense and well served by public transit (a mix of subways, streetcars, and buses,) and the weather is unfailingly pleasant. So what can Toronto learn from this ancient Mediterranean city? A whole lot, it turns out. From high-tech garbage collection to gorgeous pedestrian-only spaces, there are a lot of Barcelona ideas Toronto could steal.

Here are five of the best. 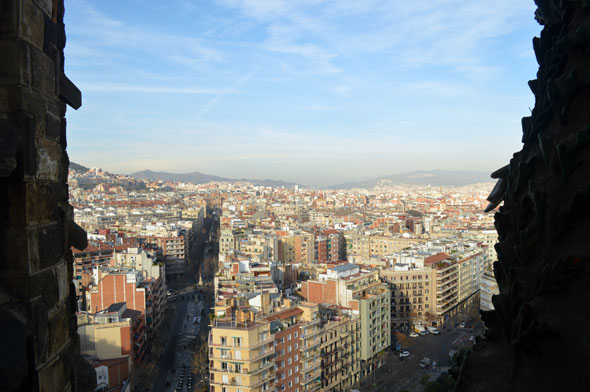 Reap the rewards of a dense city
The "Eixample," Catalan for expansion, is the name for the dense urban area beyond the old walled city of Barcelona. Championed by urban planner Idelfonso Cerdá and started in 1859, the new portion of the city was based on a series of square blocks, each with a chamfered corner and an internal courtyard.

The plan wasn't realized how Cerdá had hoped: the four-storey height limit was tossed out (though the buildings stayed mid-rise,) many of the courtyards were filled in, and one of the grand avenues was cancelled, but the Eixample helped create a dense urban centre where about 36,000 people live per square kilometre. Downtown Toronto has about less than half the density, around 14,120 persons per square kilometre. Overall, the Catalan city is about three times as dense as Toronto, which helps support a well-developed Metro system, among other things.

Be more generous with free gallery and museum days
Barcelona, like many other European cities, waives the admission fee to several of its galleries and museums on Sunday afternoons, allowing citizens and tourists to see famous works by Picasso, contemporary installations, and even Roman ruins without taking a hit to the bank account. The Art Gallery of Ontario currently offers free admission on Wednesday nights, but the Royal Ontario Museum and Bata Shoe Museum do not. 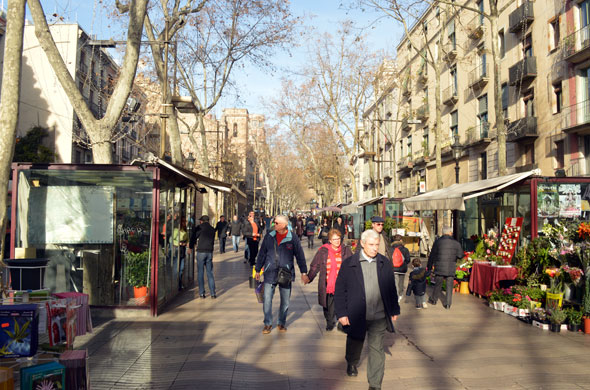 Learn how to pedestrianize
Toronto is, against all good reasoning, terrified of handing over streets to pedestrians on anything other than a temporary basis. Even when crowds are spilling off the sidewalk directly above a subway, the city insists on allowing traffic to spoil what could be great downtown public spaces. Barcelona, which has streets ranging in size from broad avenues to tiny gothic alleys, has, much to its benefit, countless pedestrian-only areas. Its most famous, La Rambla, is one of the city's principal tourist attractions.

Yonge Street between Bloor and Queen is ripe for pedestrianization (it's happened before) and the recent winner of an urban design competition selected by Toronto's chief planner envisioned giving the space back to the people who use it most--people.

Go all out with street festivals
For roughly five days at the end of September, Barcelona's La Mercè festival sends the city into a frenzy of fireworks, parades, street performances, and public art. Roads are opened up to pedestrians and there a giant mannequins of kings, queens, and religious figures.

The festival, part of which is a public holiday, is so raucous this tourism guide recommends wearing eye protection and long sleeved clothing to avoid being singed by sparklers. You couldn't shoehorn something like La Mercè into Toronto, but this city could perhaps engineer a city-wide, multi-day festival that coincides with a public holiday and perhaps the new Open Streets event. It might even give people a reason to skip the cottage on the long weekend. 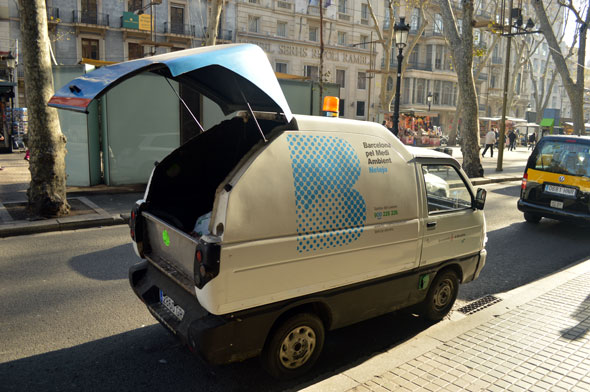 Get smart with trash
From tiny garbage trucks designed to fit down narrow streets to self-emptying and intelligent garbage cans, Barcelona has a waste collection down to a fine art. Some receptacles are connected to a giant vacuum system so that anything dropped inside is instantly removed. Some "basic" garbage cans are fitted with a sensor capable of detecting when the container is full, alerting a central office.

In 2009, the city adopted rules requiring some garbage vehicles to be electric or powered by renewable fuel sources and implemented restrictions on the amount of noise the vehicles were allowed to produce. Something for Toronto to think about as it mulls contracting out garbage collection east of Yonge.