Toronto mascots from the past and present

Derived from the French word "mascotte" meaning bringer of good luck, mascots have amused, embarrassed and terrified us in equal measure since the 1800s. Usually affiliated with sports (dutifully illustrated by The Simpsons in the form of the Capitol City Goofball), and meant to embody the spirit of any given franchise, Toronto has had its fair share of mascots both sporty and otherwise. Here is a primer on some of our best and worst, most of whom have already exited stage left with little or no fanfare.

Starting with perhaps the most ill-conceived and lamest mascot of all time, meet Millenni, the cuddly Tower headed androgynous cartoon character created to help Toronto usher in the mighty year 2000. 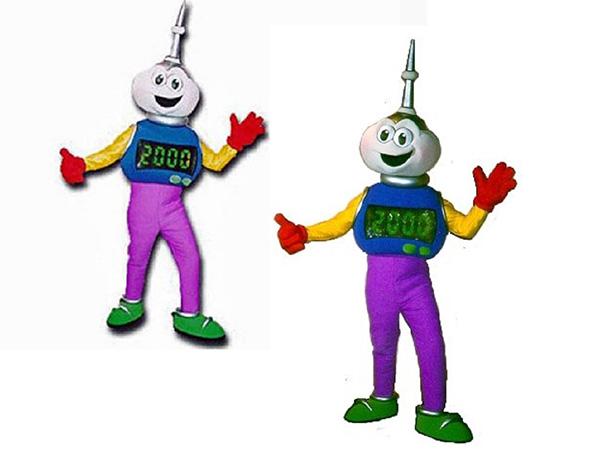 Millenni epitomized late 1990s confusion and Millennial tension, and much like the Y2K frenzy seems to have vanished into the ether of cultural amnesia as of January 1st, 2000. While those who drunkenly danced and got their pictures taken with him on New Year's Eve 1999 at Nathan Phillip's Square may never forget, the city quickly did. The last time Millenni made news was in 2010 when his poor origins were invoked in the spirited debate about creating a mascot for the 2015 Pan Am Games (or rather, how not to).

Even a scant decade after his birth, Millenni was viewed as an embarrassment best left behind in the 20th century. 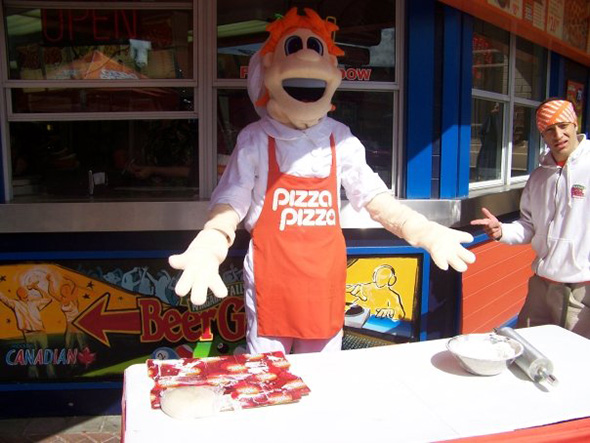 While McDonald's perfectly nailed their mascot over 50 years ago with erstwhile Burger loving clown Ronald McDonald, other fast food franchises have struggled to find similarly endearing characters with whom the public might identify. Dough Dude, the official Mascot of Ontario's once Teflon pie chain Pizza Pizza, never quite caught on and went quietly into the night sometime in late 2007.

Some might say the character's dull name, unimaginative behaviour and lacklustre appearance is apropos to the product he's shilling for. 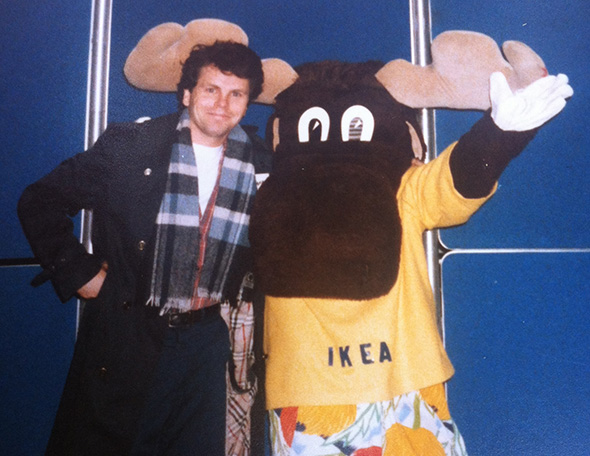 When Ikea Monkey mania exploded in late 2012, their long forgotten mascot Mr. Moose garnered nary a footnote. Speaking in a thick Swedish accent, Mr. Moose was often found goofing off at Blue Jays games, or marching with other mascots at the Toronto Santa Claus Parade. One that is definitely due for a comeback, although the fact Ikea never cashed in on Darwin the Monkey craze makes it doubtful this will ever happen.

Law enforcement has had many successful mascots over the years, from McGruff the Crime Dog to Elmer the Safety Elephant, nevermind Toronto Police Service's own legendary Blinky the Talking Police Car. 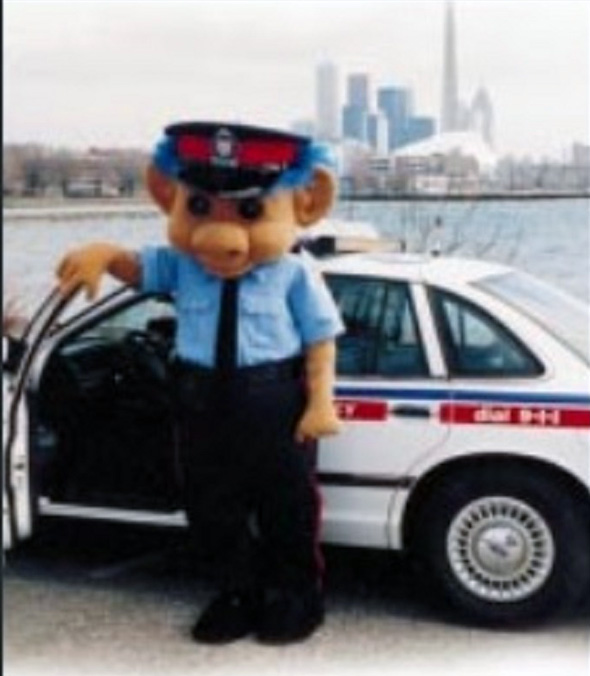 However things took a turn into a slightly bizarre and terrifying realm in the 1990s with the appearance of Pat Troll, a Troll headed Toronto Police safety officer who visited schools. Pat Troll didn't last very long, probably owing to the fact that the toy Troll craze died a death and in isolation such a character probably frightened its intended audience more than educated them. 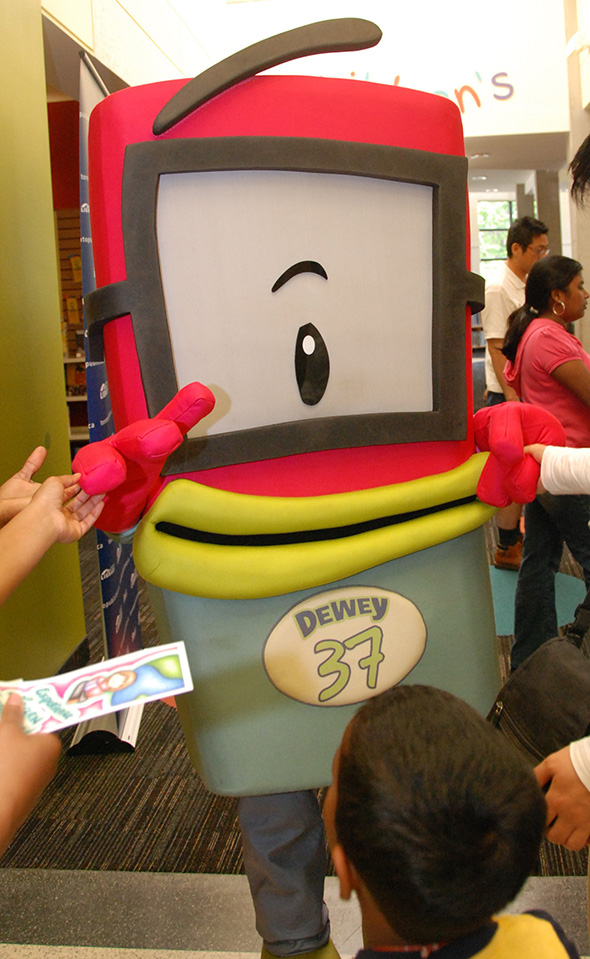 According to the Toronto Public Library's Kidspace website, Dewey is "a robotic alien who likes Kids' Space a lot". He can be found at the city's annual celebration of the written word, Word on the Street, and various Libraries around town. Named after the antiquated library classification Dewey decimal system, Dewey bears more than a passing resemblance to the lucrative Minions from Despicable Me, although in fairness Dewey preceded their ubiquitous arrival. 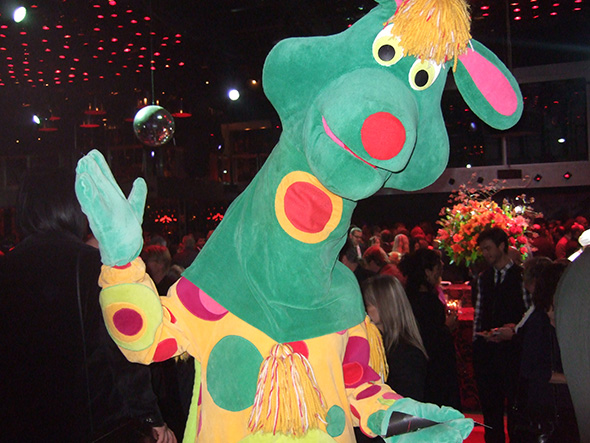 Although he began innocently enough as an imaginative and mysterious character in TVOntario's flagship pre-school TV series Polka Dot Door, Polkaroo has since evolved into Canada's own Big Bird, a signifier of the importance of Public broadcasting in our course culture.

When Tim Hudak raised the spectre of cuts to TVO, many hoped for a redux of the firestorm which engulfed U.S presidential candidate Mitt Romney in 2012 after he threatened to annex funding to PBS and Big Bird became an unlikely symbol of the left. Alas, the reserve cavalry of Polkaroo wasn't needed this election, but he's always waiting in the wings if future nuts feint a similar war game. 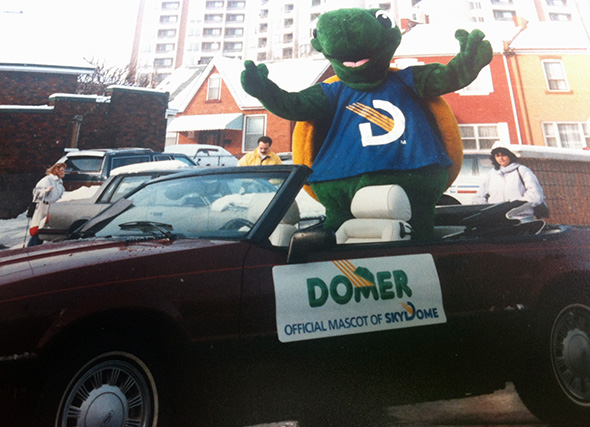 Toronto's cadre of sporting mascots have always been top tier. Sadly over the last few years many of the original characters have peeled away - Domer, the Nelvana-designed Turtle who helped put the SkyDome on the map in 1989 is all but forgotten but for musty plush and YouTube videos. He was wheeled out last month when the Dome celebrated their quarter century b-day, but as with how to handle Roger's Centre original name in the proceedings, the whole enterprise seemed somewhat confused. 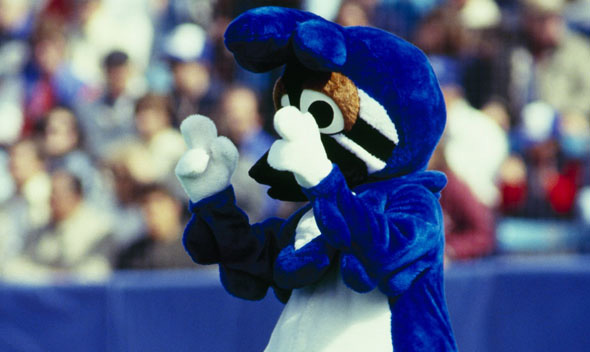 The Raptor, Carlton the Bear, and Jason the Mascot (Scully's replacement) are still around, but like all mascots have struggled to stay relevant and most importantly aid the kind of lucrative licensing boons their forerunners engaged in during the pre-internet age. 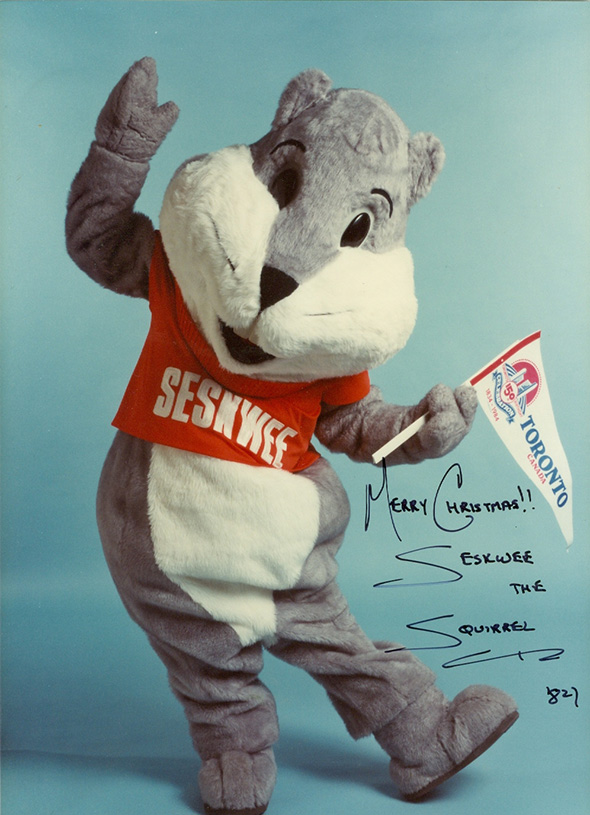 Sesqui the Sesquicentenary Squirrel was selected to be Toronto's mascot for its 150th birthday celebrations in 1984, roundly defeating runner up T.O Hog, who pretty much ruined his chances by squealing loudly through the City council debate on the subject. The immensely popular Sesqui (or Seskwee) appeared throughout the city at many functions in 1984, culminating in a massive b-day jam at Nathan Phillips Square, whereupon he retired and was rumoured to be resting up in hibernation for the city's 200th birthday celebrations. Time will tell if Sesqui is destined to make an encore T dot appearance in 2034.

Other memorable mascots of the city's past include Skywalker the CN Tower's frightening clown on stilts, TTC's friendly giant beaver Barney, Bob the Baker, mascot for the sorely missed donut chain Baker's Dozen, and countless strange others whose lifespans were either fleeting or promptly forgotten. 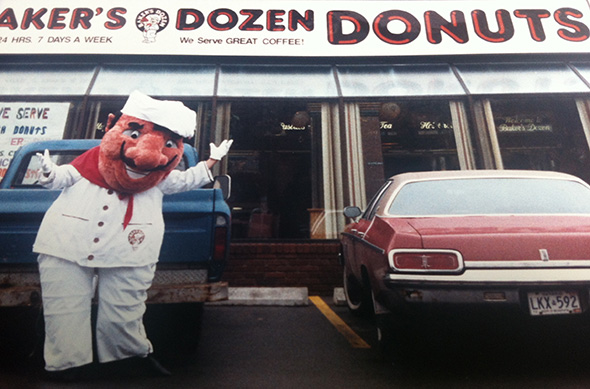 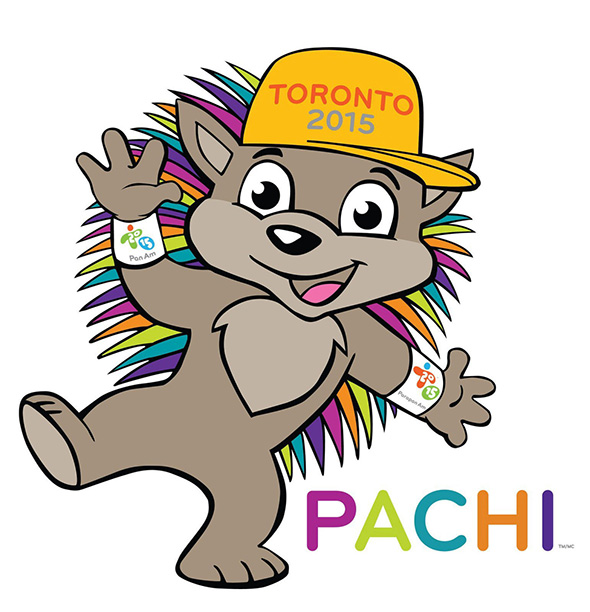 Pachi the Porcupine, mascot for the 2015 Pan Am games, is the newest member of the pantheon of Toronto mascots, and probably hopes to be remembered as more of a Sesqui than a Millenni.

Everything you need to know about Ontario's New Blue Party

People in Ontario are obsessing over Doug Ford's binder