The Upper House condos in Leaside is another mid-sized building coming to Toronto that dispenses with the all-glass look that tends to define many downtown condos in the city. A mostly low rise neighbourhood, the area around this condo has nevertheless witnessed profound development over the last decade, as Laird Drive has gone from a mostly industrial strip dotted with auto body shops and old airplane hangers to a burgeoning retail strip, complete with a sprawling plaza and new restaurants like Against the Grain.

While it will still be a bit of a hike to get to Eglinton for the LRT, which is due a few years after this project is finished, the walk score of 80 already gestures to development's central location (there's two grocery stores and an LCBO within about a kilometre). From a design standpoint, the building is handsome if boring, but the ample outdoor space afforded to each unit makes up for any shortcomings in the aesthetics department. 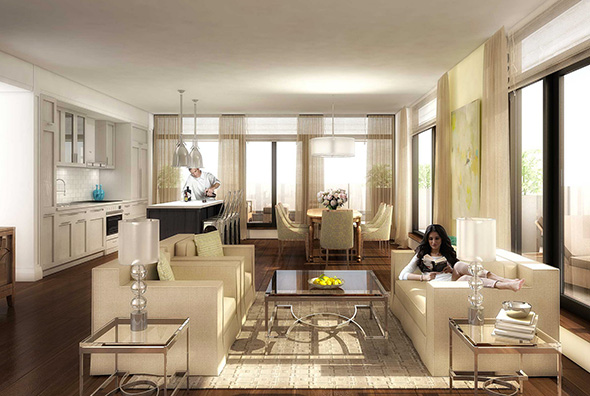 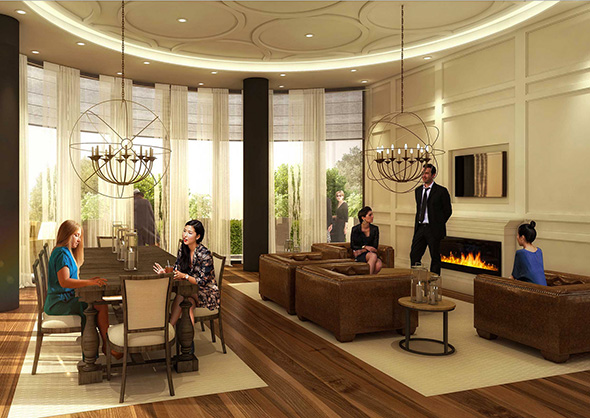 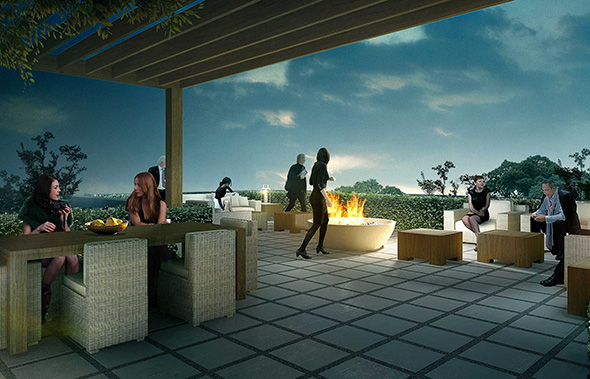 This is a well located development for those interested in Leaside living who lack the coin to shell out for a three bedroom home. Nearby Laird might not be much to look at it, but it's a street in transition, complete with a Starbucks, which should only confirm the direction in which it's trending (more and more retail). Immediate transit service isn't the best, but Eglinton Ave. is about a 15 minute walk north and there is a Laird bus (Leaside 56).

Aside from the fact that this condo features a dog spa as one of its amenities, there's not a whole lot that sticks out as particularly great or disappointing. It's a solid development, the prices aren't outlandish, and the interior design dispenses with cheap finish disguised as industrial minimalism that you'll see at some other condos, which is a good thing.