How good for business is a World Cup win in Toronto?

Fans of most of the big World Cup teams had their choice of venues to watch the game and either celebrate or lick their wounds, but for supporters of the eventual winner of this year's games, the clear choice was on a nondescript street in an industrial area of Etobicoke. In amongst the auto body shops and just next to the Dimpflmeier bakery on Advance Road, the Musket has been hosting Germany fans since it opened thirty-five years ago just around the corner on Islington Avenue, but as Thomas Muller, Bastien Schweinsteiger and the rest of the team advanced through the field, the restaurant has been full to bursting.

Helmut Enser opened the Musket in a single room in a mall on Islington, where World Cup crowds would make it impossible to get the restrooms without walking around the outside of the mall, recalls his widow, Joanne. When he moved the restaurant to Advance Road twenty years ago, he added a banquet room and a patio, but even with all that extra space, he ended up putting a TV outside for overflow crowds, many of whom couldn't even order anything, to watch their team. 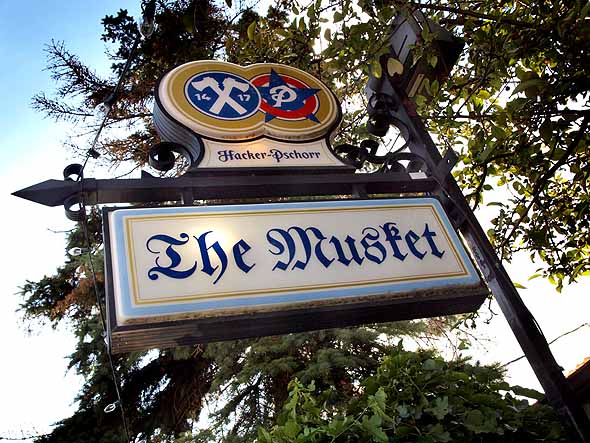 Enser died in February without seeing Germany win the World Cup once since he moved the Musket to its capacious new digs, but he prepared for the day by collecting TVs and putting a projection screen in the banquet room. "Where else would everybody have gone?" Joanne Enser wonders the day before the final game. "He just kept making it bigger and better." 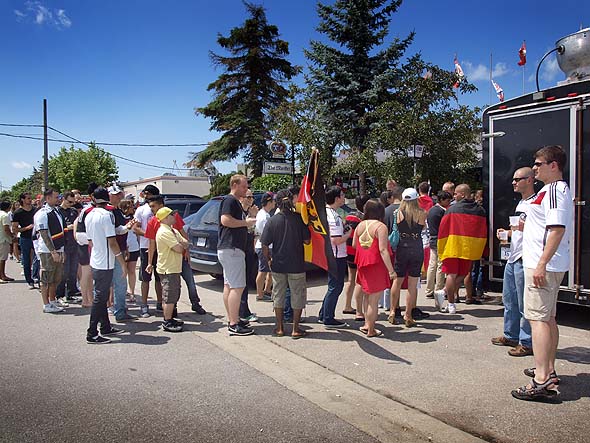 Helmut's son, Richard, has taken over the kitchen and the running of the Musket, but tells me that for the games, the place goes into emergency mode. The kitchen closes and the staff is simply tasked with getting beer to the thirsty crowds, while a ten dollar admission charge gets you a plate of food from a truck outside provided by his suppliers, European Meats. On game day it's sausage and fries until the truck runs out, at which point plates of schnitzel start appearing. 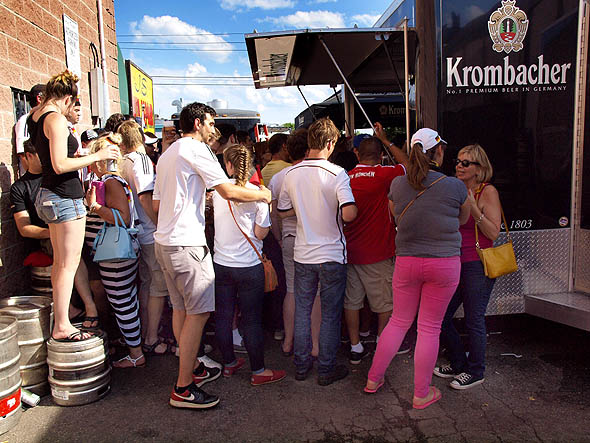 Capacity inside the restaurant is 500 people, but there's a lineup outside an hour before the game begins and some of the crowd say they've been here since seven in the morning to get a seat. "Let's just say it's at max capacity," Richard tells me. "Every game has gotten bigger and bigger." He put in an order for thirty 30L kegs of beer for the day, and with the bar inside the main room packed to bursting, the Krombacher beer trailer parked outside does a roaring business all afternoon. 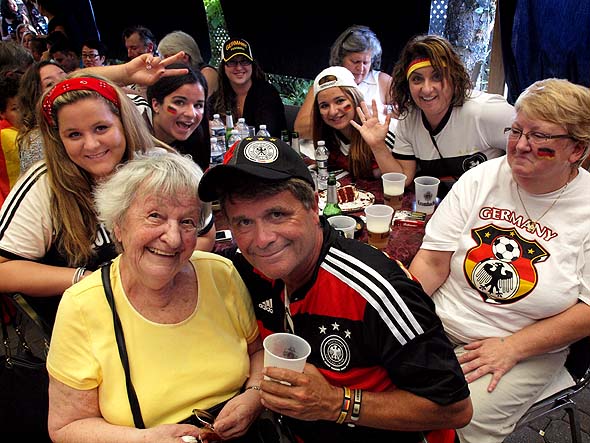 The crowd is young, but at the front of a table on the patio, Ingeborg Schneider is celebrating her 90th birthday with her family. They got this choice spot after another group heard about the milestone, and made room at their table for her. Unfortunately the TV signal to the patio fails during halftime and the room mostly empties out to the TV behind the bar in the Krombacher trailer. 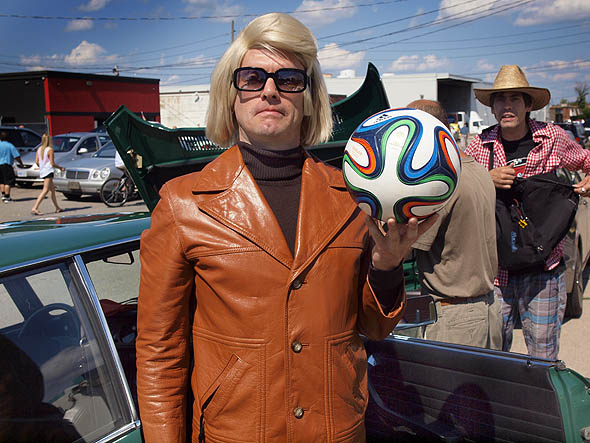 The crowd is suitably attired in Germany gear, but one fan shows up fully kitted out as German schlager singer Heino, and poses for pictures by a beautifully restored vintage BMW on the street outside. Another fan sports a tricolour Mohawk, and at least two pairs of lederhosen are spotted. 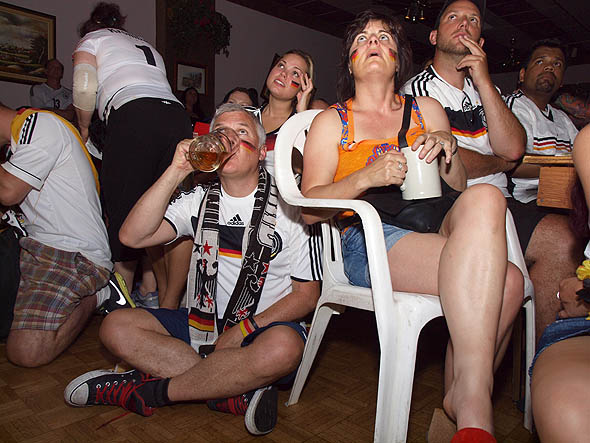 The banquet room at the back is full right up to the bottom edge of the projection TV screen, and a room full of eyes is fixed on the screen, where Germany faces a much fiercer fight for a single goal against Argentina than they did almost a week earlier against Brazil. There's the odd burst from an air horn or protest against a referee's call, but when Mario Gรถtze scores his goal in extra time, the crowd goes predictably berserk. 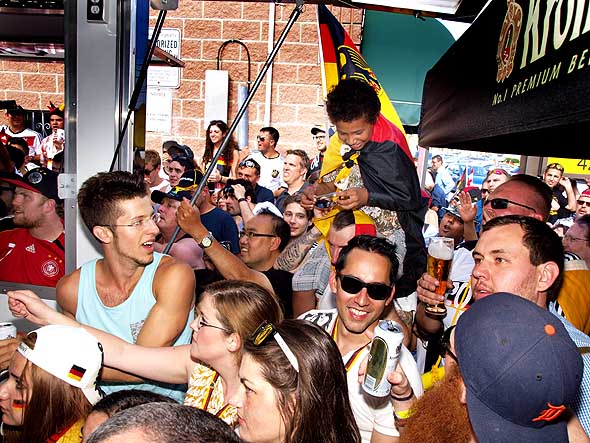 The celebrations move out onto Advance Road, and a raucous but contained celebration that lasts for hours but is notable for an almost complete lack of police presence. On the phone the day before, Joanne Enser says that it was for a time like this that her husband worked so hard. "Everybody says Helmut has the best seat in the house."