William Davis wants to make Toronto easier to understand. By remixing public data from the City of Toronto website, the maps and spatial analysis expert has created a series of simple yet intricately detailed neighbourhood and park maps.

"I was inspired by scientific diagrams of plants and species and I wanted to visualize it like that," he says. You might remember Davis from his visualization of every set of traffic lights in the city, or his graphic representation of how the Toronto shoreline has edged out into the harbour over the past 200 years, which was featured in Spacing magazine.

Davis created the black and white block outlines of Trinity-Bellwoods, Roncesvalles, and Little Portugal by combining multiple sets of data from the city's Open Data site, a public repository of information on everything from the location of bicycle post and rings to property boundaries, all of it free to remix and interpret. 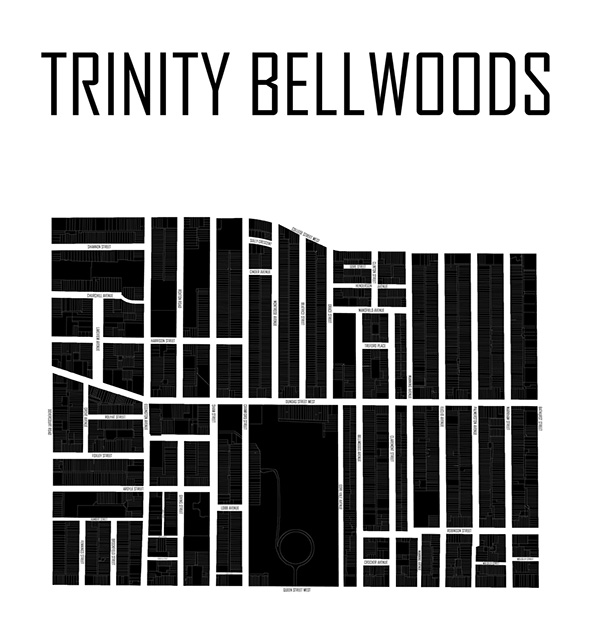 "I was playing around with the building footprint data and the neighbourhood boundary data, which is found on the Toronto Open Data portal, and I combined them in ArcMap [map making software] and then converted them to Adobe Illustrator and styled them in there," he says.

He plans to cover the entire city, eventually. Each neighbourhood map, which, when viewed large, contains a surprising level of detail--laneways, small side streets, and road names--takes about 30 minutes to an hour to complete.

The finished product is available in poster form from Davis' website, Former Spatial, for $60. Just drop him a line, he says.

Toronto sees another weekend of arrests at multiple anti-lockdown protests

The top 25 walk-in clinics in Toronto by neighbourhood