How was your commute on Queen Street?

Commuters along Queen this week might have noticed that street before them has been essentially reduced to rubble. Joining Queen and Leslie in TTC construction hell is the intersection of Queen and Victoria, which has been closed off to all traffic - aside from emergency vehicles headed to St. Michael's Hospital - due to track repairs. The construction is set to last until the end of May.

In a video message posted by the TTC last week explaining the shutdowns, chair Andy Byford points out that streetcar drivers were, until recently, forced to slow their vehicles down while passing through Queen and Victoria due to the state of the worn-out concrete. Those streetcars will now be diverting down Church all the way to Spadina on King. Motorists making brief north-south cuts through downtown, meanwhile, may want to just steer clear of Victoria altogether.

Further east on Queen, a similar scene has played out for the past few weeks as the TTC adds new tracks to service its Leslie Barns facility - a new home for the city's incoming low-floored streetcars. Local businesses have lamented the construction, which has forced vehicles to divert north (the TTC is routing 501 cars up to Gerrard between Coxwell and Broadview). 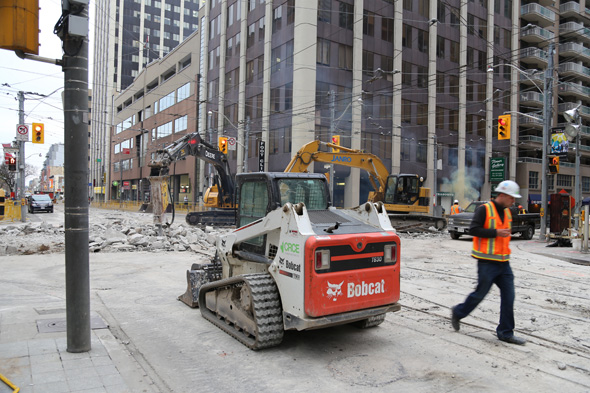 But the fun doesn't stop there. Queen and Broadview is set to be torn up on June 30 (until July 25) to give the high-traffic intersection's tracks and switches a much-needed refresher. Queen streetcars will run along Dundas from Coxwell to Parliament, while the 504 King cars will take Dundas to Parliament and continue along King - not a huge change from the existing diversion due to construction at King and River. 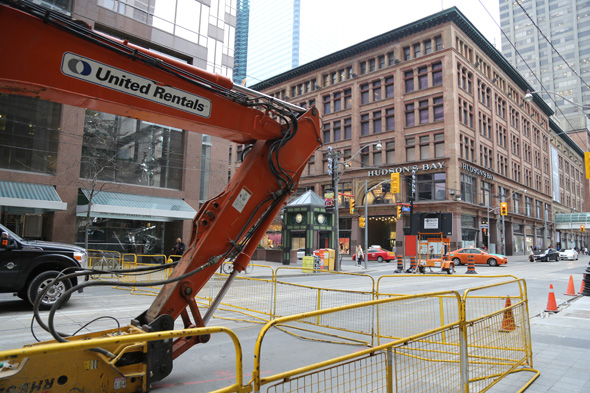 They'll also be replacing some more tracks in the Queen and Broadview area - though the TTC points out lanes of traffic will still be left open, we're in for a summer of slowdowns. Work has already begun on the stretch of Queen between Jimmie Simpson Park and Logan.

All this is making the commute into and out of the downtown core that much more challenging. So, how was your commute?