It's not easy to build new transit in Toronto. Right now, the Yonge relief line, arguably the most urgent and important transit upgrade in the city's history, is at least 16 years and several billion dollars away - a carrot on the end of a very, very long stick.

The biggest obstacle is funding. Subways are astronomically expensive: the smallest version of the relief line, which would link a station on Yonge with one on the Danforth, will cost upwards of $3 billion ($13 billion to reach Eglinton), excluding the western arm to Bloor. Even big cities like Toronto cannot afford a price tag that big without revenue tools and help from higher levels of government. 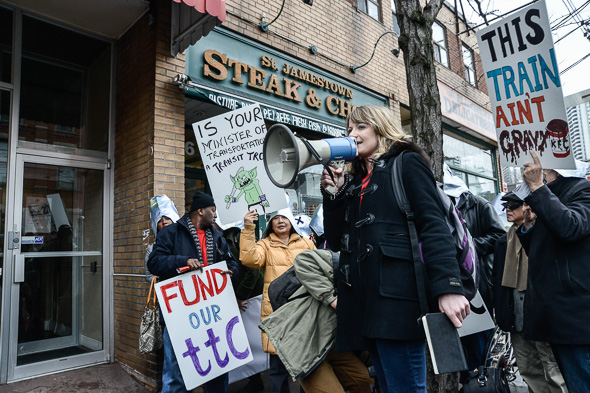 Right now, there's a general sense the province and federal government aren't pulling their weight and that fundraising tools, like the proposed gas tax, are ways of stealthily passing the buck. But that's not so, according to Anne Golden, the chair of a panel charged with finding new ways of paying for transit. "There is absolutely no evidence to support the idea this can be funded by efficiencies or savings," she told the Toronto Star.

True, Queen's Park and Ottawa avoid funding operating costs - that is, the day-to-day expenses of running transit such as staff costs, parts, and overheads. But the province (and to a certain extent the federal government) have typically put up cash in towards capital funding, the mega-cost of actually building a subway or LRT line.

The chart below breaks down how much each level of government is paying towards the cost of building each of the city's six active projects: the Spadina Line extension, Eglinton-Crosstown LRT, the Georgetown South GO line improvements, the Union-Pearson Express, and the Sheppard East and Finch West LRTs. 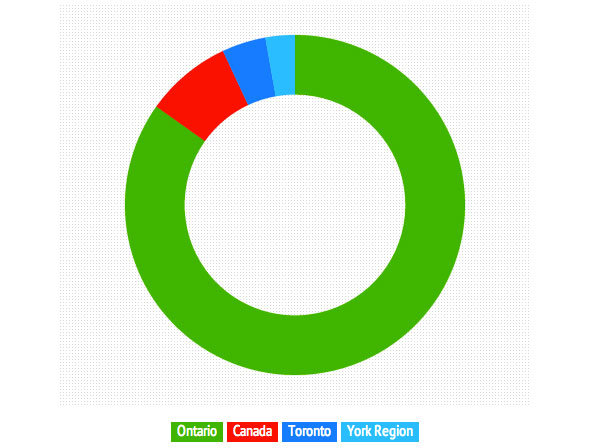 In total, the province is paying about $10.7 billion, the feds $1.03 billion, and Toronto about $526 million for the Spadina Line extension. The Scarborough subway wasn't included because so many of the details are up in the air (see the chart at the bottom of the post.) 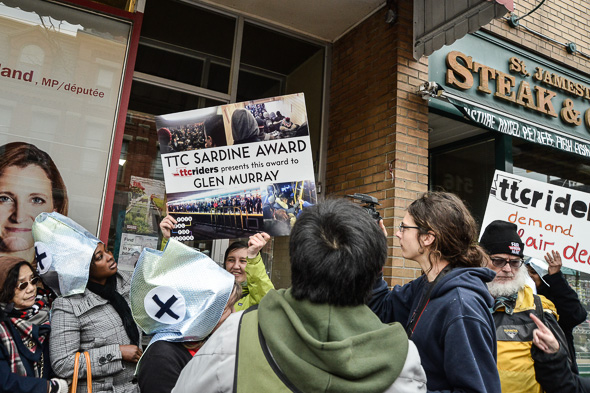 Speaking to Torontoist in March, shortly after receiving a tongue-in-cheek Sardine Award for "failing to fix public transit," provincial transportation minister Glen Murray criticized Toronto for not using provisions in the City of Toronto Act, passed in 2006, that gives the city the ability to implement transit taxes.

"We've given the taxing authority and [Toronto doesn't] use it," he said. "Use what you've got first, before you ask for more."

With that in mind, here's a breakdown of the funding for each project. Is it time Toronto used its tax powers to start contributing towards the capital cost of transit, or should Metrolinx/the province and the feds keep footing the bill? 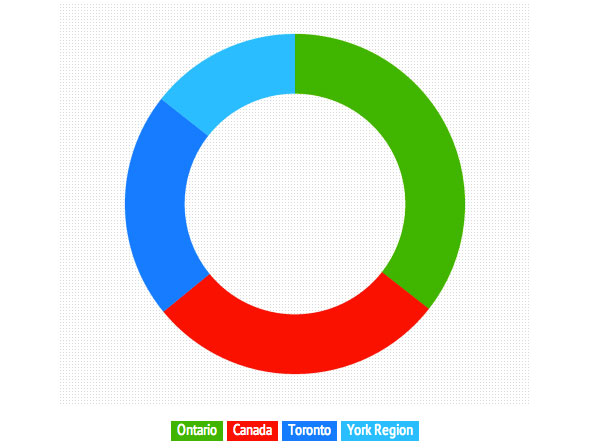 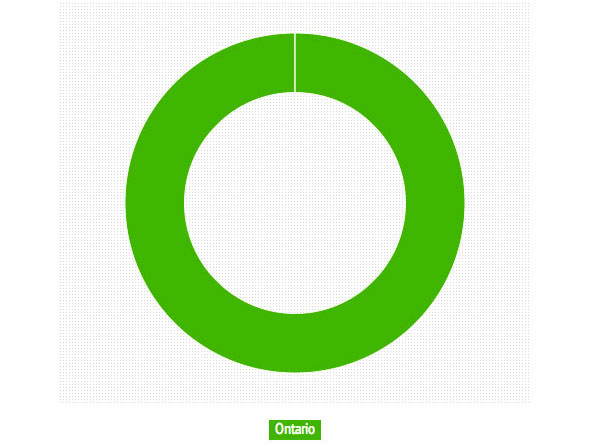 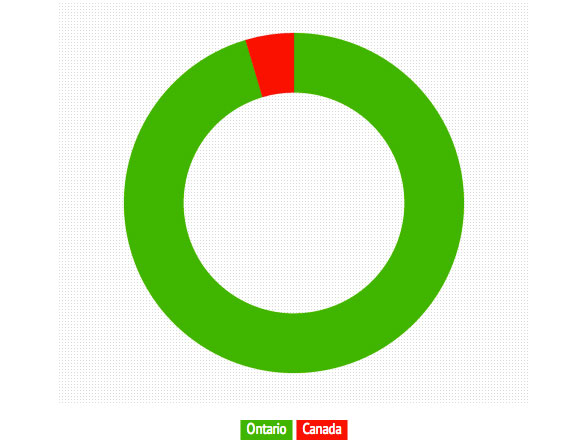 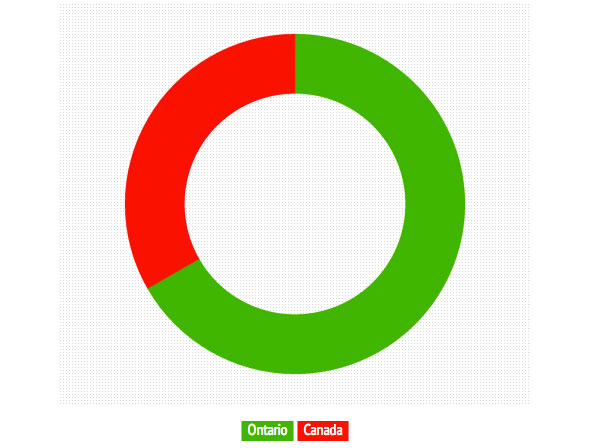 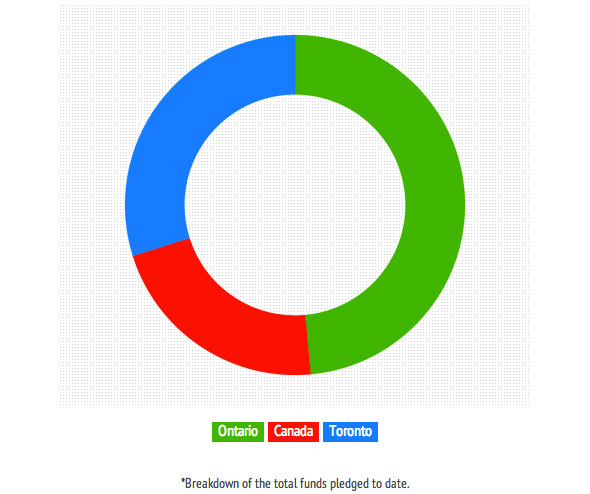 (Figures represent the money pledged by each level of government to date. In the case of Toronto's contribution, that's the revenue from the city's 1.6% property tax increase.)