The top 5 issues set to define the 2014 Toronto election

So you want to be the next mayor of Toronto. Well, you'll have to learn to talk the talk on a bunch of issues that matter to the people of the city (or at least be good at deflecting questions for the next few months.) Toronto needs new transit and leadership on a range of issues from the expansion of Billy Bishop airport to who's going to pick up the garbage east of Yonge Street. 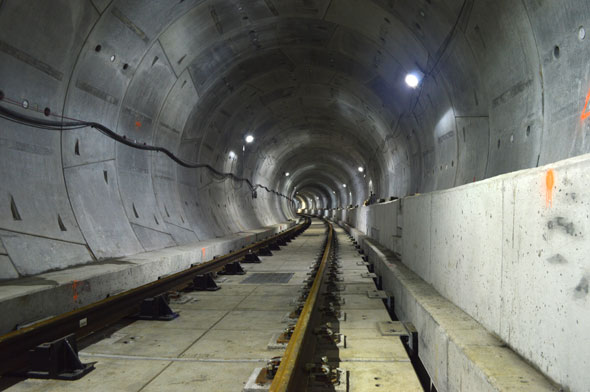 The candidate who promises to build the most attractive public transit (and come up with a credible way to fund it) will likely have a good shot come October 27.

The Scarborough extension of the Bloor-Danforth line and the proposed Yonge relief line are the two issues that will dominate the discourse. On the subway vs. LRT topic, Rob Ford will stick to his hard-fought plan to build underground transit. John Tory and Karen Stintz like that idea too. Olivia Chow and David Soknacki promise to return to the fully-funded LRT plan and nix the associated subway tax hike.

On the relief line, Ford says he will build it after replacing the Sheppard and Finch LRTs with subways, though he hasn't said how. Tory says the line is his first priority but hasn't revealed a funding strategy. Stintz says she will pay for the first phase of the line by selling the majority of Toronto Hydro.

Chow and Soknacki both say they will build the line, the latter using money saved from cancelling the Scarborough subway extension. Chow hasn't revealed a funding plan.

The city essentially deferred a final decision on whether to allow jets out of Billy Bishop airport at its last meeting, meaning that whoever is in the mayor's office come 2015 will have to provide leadership on the issue. It will be important for the candidates to handle the topic well because, as we've seen, it stokes passions on both side of the debate.

Olivia Chow has come out against the Porter Airlines expansion plan, while Tory, Stintz and Soknacki haven't (as yet) taken a firm stance either way (lots of "ifs" and "whens".) Rob Ford, assuming he doesn't do a complete u-turn (or the aerial equivalent,) is in favour of a bigger downtown airport. 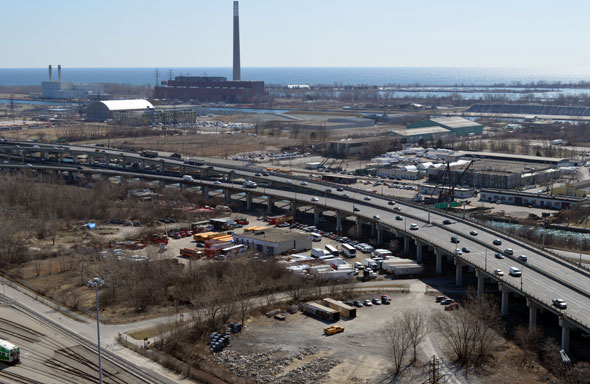 To kill the east Gardiner or not. The elevated road deck between Jarvis and the Don Valley Parkway is in dire need of a fix and, like it or not, needs to be replaced, closed for lengthy (and shockingly expensive) rehabilitation, or knocked down entirely. Doing nothing isn't an option any more. The road is literally falling down.

Rob Ford says he will invest in repairing the existing structure, which is the second cheapest option at $535 million. Olivia Chow and Karen Stintz like the idea of pursuing the "hybrid" proposal, which involves rebuilding the deck, reducing the number of lanes to four, and adding a shoulder. Also as part of this option, which will take six years to complete, Lake Shore Blvd. would be improved with new cycling trails and other tweaks. Soknacki and Tory haven't expressed an opinion.

In 2013, Rob Ford campaigned on, and successfully killed, the vehicle registration tax. This year, it's the municipal land transfer tax, which is applied when one buys land, and property tax, which is paid annually by property owners, that are the centre of revenue discussions. After all, the city's got plenty of stuff it needs to pay for (see above.) 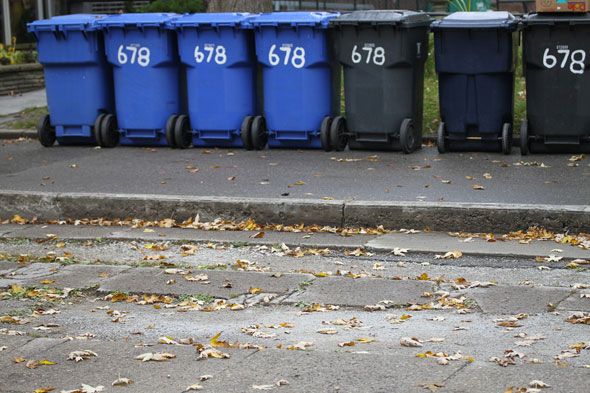 One of Rob Ford's big successes during his first term of office was the contracting out of garbage collection west of Yonge. A staff report said the move saved the city $11.9 million, more than originally expected, and, naturally, Ford wants to do the same east of Yonge. So does John Tory.

Chow wants to wait before making the switch and Soknacki believes in phasing in privatization for the rest of the city. Karen Stintz has yet to express an opinion. Ford has partially backed Stintz's plan to sell off parts of Toronto Hydro, though he would only consider parting with 10% if re-elected.

Note: An earlier version of this post incorrect stated that repairing the Gardiner, the option supported by Rob Ford, is the cheapest option. Demolition is the cheapest. The "hybrid" option, supported by Olivia Chow and Karen Stintz, was listed as $865 million but Waterfront Toronto says it hasn't reached a price estimate yet.