Rob Ford might be promising to toss them all in the garbage, but, like it or not, Toronto is getting 204 new low-floor streetcars, starting this summer. They won't come cheap - roughly $1.2 billion over the next few years - but the extra capacity will provide welcome respite to many beleaguered Toronto commuters.

The new low-floor streetcars (they don't have a sexy name like the Toronto Rocket trains) are roughly 7 metres - about 25 per cent - longer than the articulated ALRV streetcars on Queen Street and are capable of holding about 50 more people at crush load, which is exactly the claustrophobia-inducing situation it sounds like. 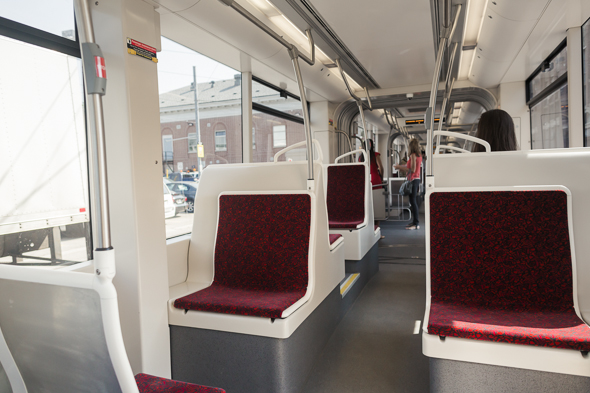 The number of daytime tests of the new streetcars have noticeably stepped up in recent weeks as the TTC begins training its staff. New photos are posted to Twitter or Instagram of the two test vehicles creeping around the city on an almost daily basis, increasing the sense of excitement of this year's launch.

When the first production vehicles arrive next month, the TTC will begin training staff round the clock, further increasing public exposure. 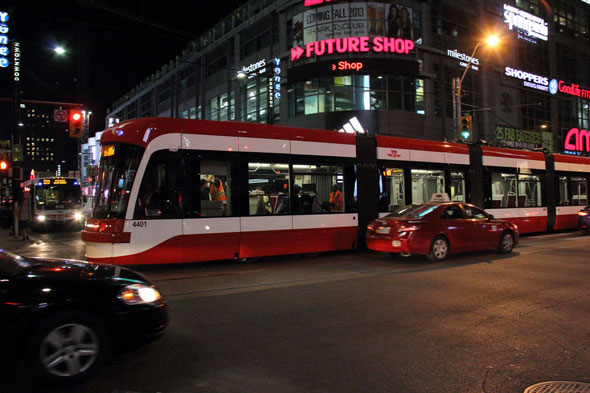 The 510 Spadina will get the streetcars first, starting with a ceremony on August 31 until November when the last of the old streetcars move elsewhere. Bathurst will come next in December until Spring 2015. The Harbourfront, Dundas, and Queen routes will get theirs in 2015, too. King won't start until 2017, St. Clair in 2018, Downtowner and Kingston Road in 2018 into 2019 and, finally, Carlton in 2019 and 2020.

Some routes, like King and Queen, will take a full year to become fully populated with new streetcars. 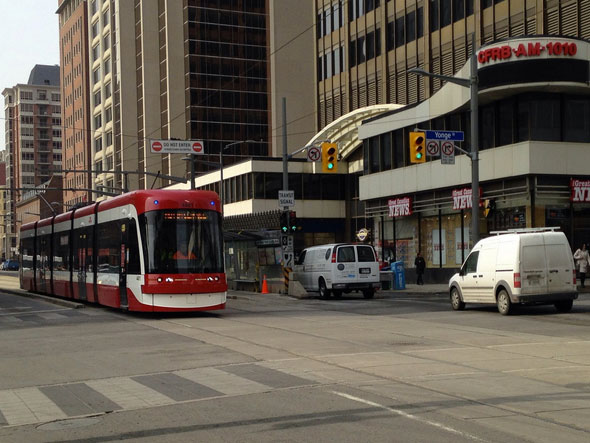 Those keen to catch the streetcars in the wild before the official launch will soon benefit from daily tips about its whereabouts, the TTC says. One of the two test vehicles is due to appear in the Beaches Easter parade and, some time this summer, the TTC will begin giving away a free rides to competition winners.

Here are some of the best new streetcar pictures on social media: