What's for sale at the Sutton Place auction?

Touring an empty hotel is like visiting an abandoned city, where everyone from the ditch diggers to the mayor have downed tools and fled the scene. On the day I preview the contents auction of the Sutton Place Hotel, everything they left behind has been tagged with either an orange or green numbered tag by the organizers, with the hopes that by the time this weekend is over, nearly everything in the hotel will be sold before the demolition crews arrive to strip the 32-storey building back to its bones. 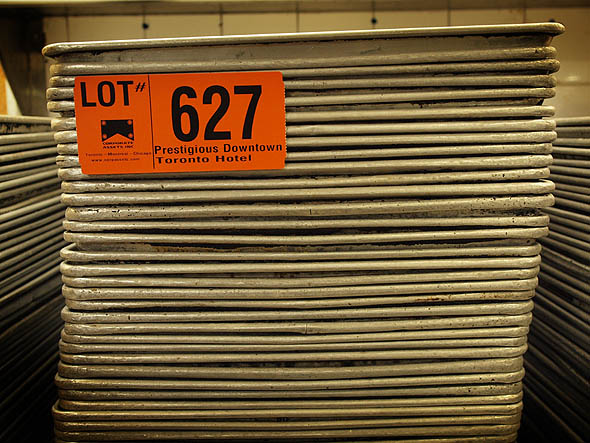 The last empty hotel I got to visit in this melancholy state wasn't nearly as posh as the Sutton Place. The old Valhalla Inn, way out by Highway 427 in Etobicoke, never attracted the celebrity clientele that the Sutton Place hosted in its heyday, but its kitsch period details remained intact. The Sutton Place was never kitsch, and wore its history a lot more lightly, so anybody attending this weekend's auction in the hopes of scoring some vintage treasures from when it launched in the late '60s will be sorely disappointed. 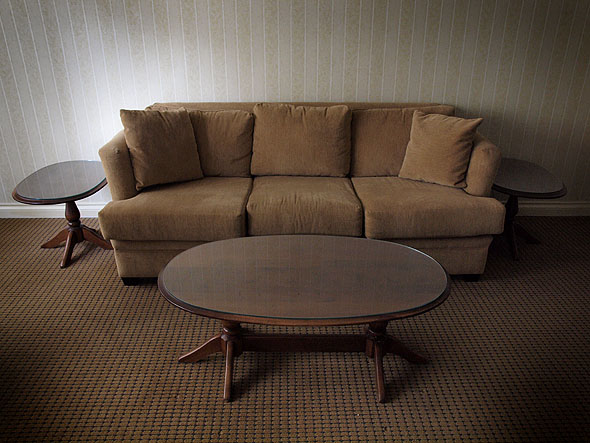 There are well over a hundred hotel rooms full of furniture set up for the sale, with beds made, closets with spare sheets, a TV and a coffee maker in place as if waiting for guests that will never come. The dominant colour scheme is beige and comfy brown; the dominant style fixed firmly somewhere back in the '90s, before midcentury and minimal conquered every hotel and condo showroom. 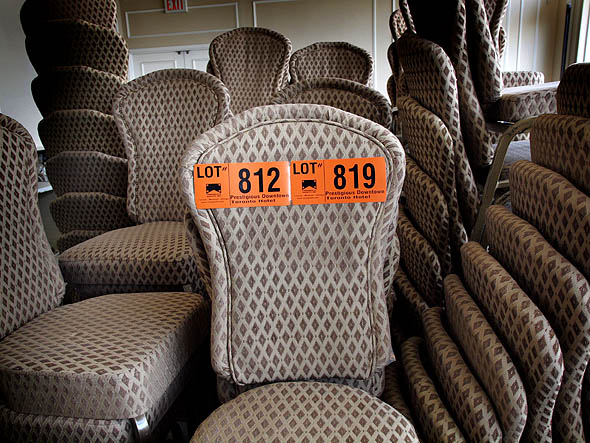 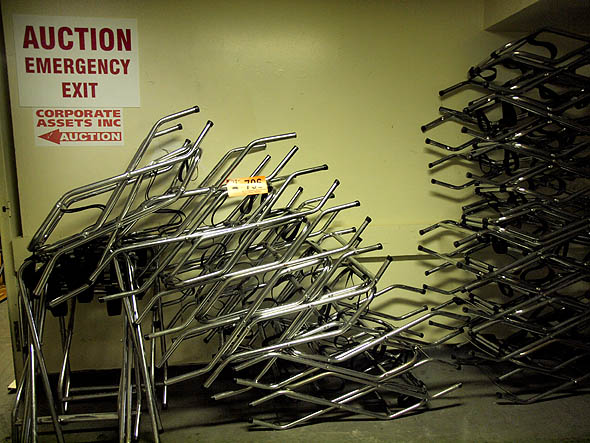 Most of the auction is aimed at people in the hospitality industry, so if you need several identical suites of bedroom furniture with linens, a hundred dinner plates, several dozen creamers or multiple stacks of hard-wearing dining room chairs, this is the place to go. In one hallway near the ground floor kitchens I came across drifts of those folding trestles used by waiters and room service. In an office off the hallway there was a stack of a dozen boxed mirrorballs, with two opened spares on the top. 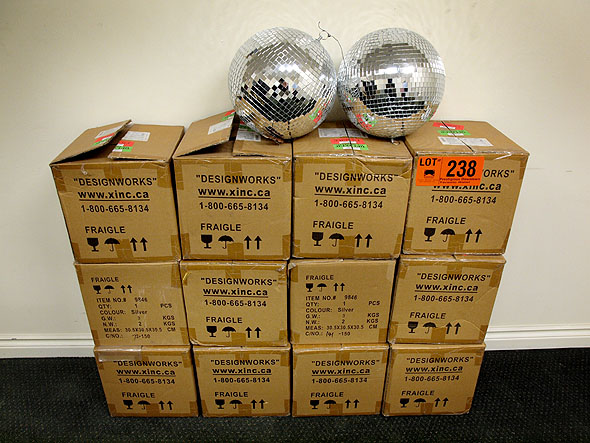 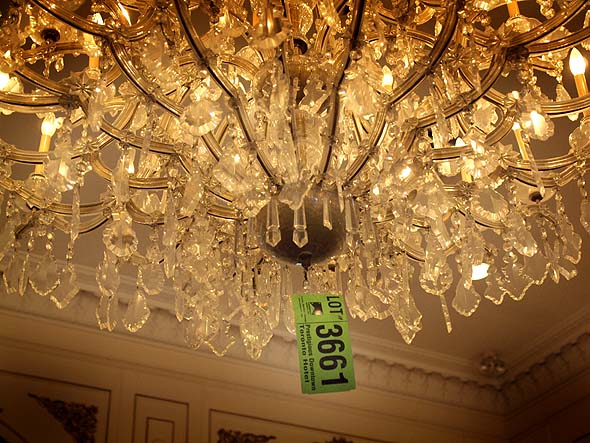 There are more glamourous items, to be sure - the ballroom chandeliers, valued at $25,000 and rumoured to be made from cut Bohemian crystal, are for sale, as is every light fixture in the place, each wall sconce and chandelier ranging in size from Frisbee to picnic table tagged for sale. There's a baby grand sitting by the check-in desk, antique furniture in the bigger rooms, and several fireplace mantles in the suites and boardrooms. There's also a boardroom table, if you're in the market for one. 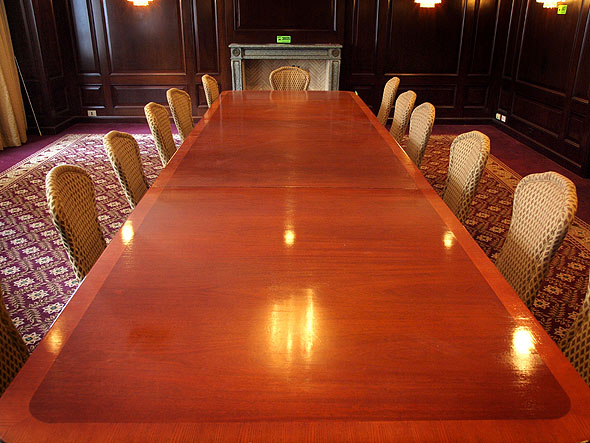 In the housekeeping offices there are rows of Electrolux vacuum cleaners and a room full of employee uniforms. One desk is covered in calculators, another in telephones, with a server room nearby, its expensive hardware likely to go for a song. But as I'm led deeper into the basement, and then up to the mechanical rooms on the top floor, the real meaning of "everything must go" becomes clear. 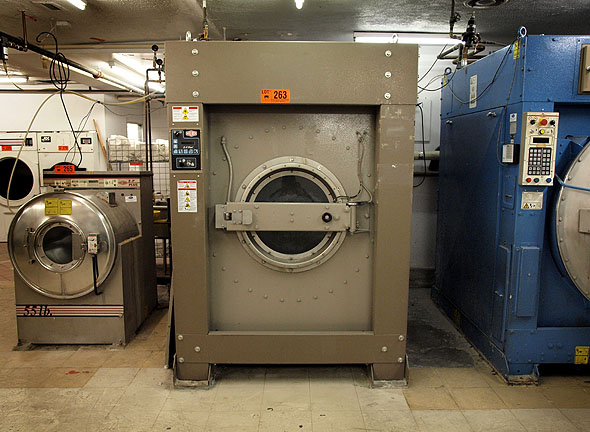 In a vast laundry room there's a wall of industrial driers, and three huge washing machines, each larger than the last. On another wall, there's a machine that will take mounds of just-dried tablecloths and sheets in one side and spit them out at the other end, stacked and folded. It's hard to imagine that there are a lot of people who'll be in the market for machinery this specialized.

Everything in the basement mechanical rooms is for sale as well, including a new set of boilers that cost a million dollars a decade ago; my guide helpfully points out the wide double doors at the end of the room where they came in, and where the lucky bidder will get to take them out. Elsewhere in the hotel's lower floors is a wood shop, several rooms with shelves containing motley spare parts and another featuring a wall of half-filled paint cans, all of it for sale. 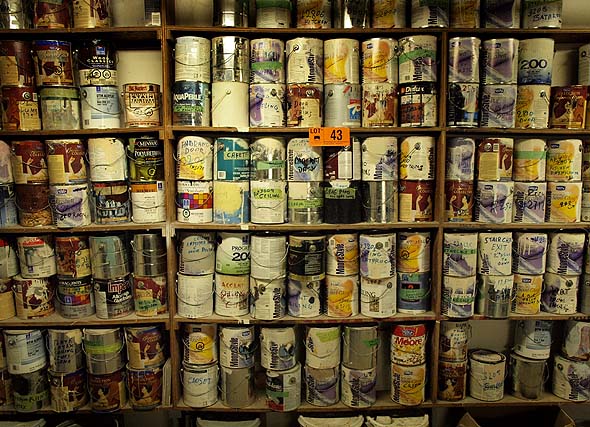 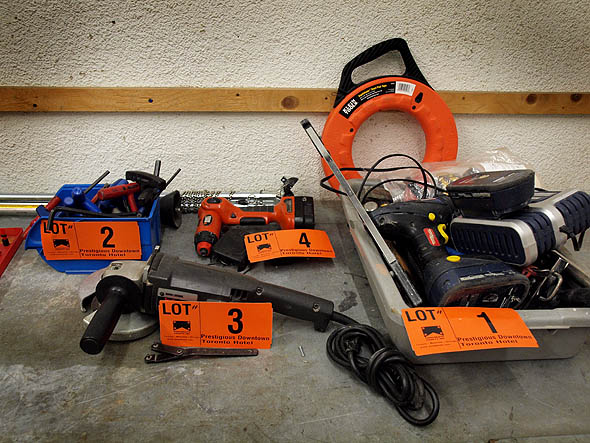 Bits of essential building infrastructure like lights and machinery are sold with the condition that buyers will have to wait until everything else has been emptied out before they can be claimed, with a month's deadline until the wreckers move in. Similarly the bathroom fixtures - toilets and bathtubs and the thick slabs of marble that marked the Sutton Place as a luxury hotel - are all for sale, with the condition that licensed workmen have to do the work taking them out. 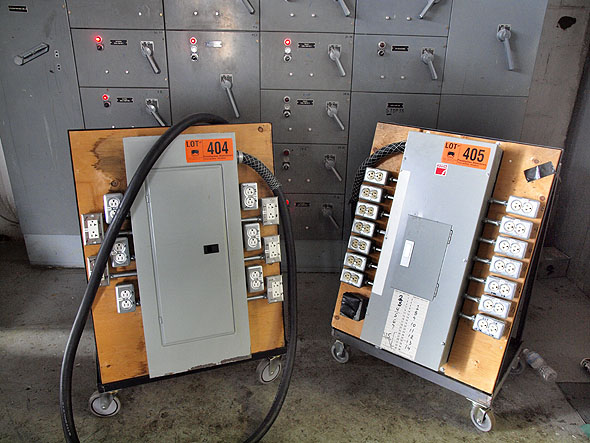 Up on the top floor, rooms full of more machinery are tagged and ready for bids - parts of the HVAC, electrical and fire systems, but one major item isn't for sale. Behind a thicket of pipes is a huge cylindrical water tank, meant to gravity feed the sprinkler system in case the city water mains are cut during a major fire. That's never happened, so my guide speculates that the tank is probably still full or water from the hotel's opening in 1967. 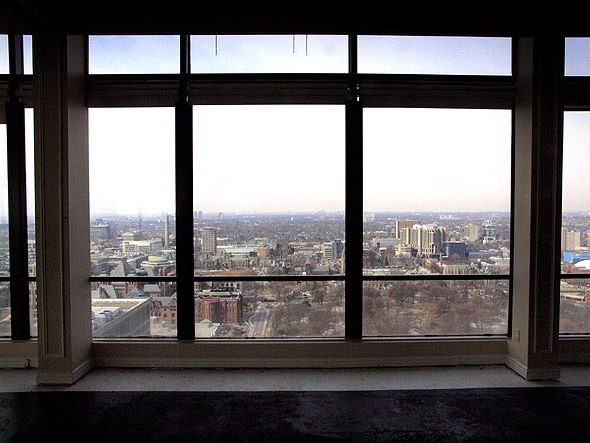 I pause to take in the view from what was Stop 33, the hotel's top floor eatery, taking in the city past Queen's Park to U of T and beyond. With nothing to obstruct it, it's easy to see why the building was ripe for luxury condo conversion, but it still seems a shame that views like this are passing from public to private access.

Just below are the luxury suites, where celebrities and other high-profile guests would stay. The Mahogany Suite on the 32nd floor, stripped of its furnishings, was probably a showpiece when it was last redecorated but it screams turn-of-the-'90s now. The 17th floor Royal Suite looks fresher, but it's also bare except for one conspicuous exception. In the bedroom is another suite set up, with a huge bed in pride of place, its spare linens neatly stacked at the foot. 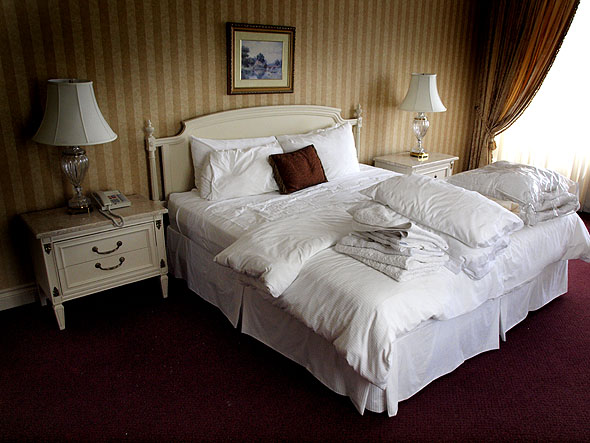 This is where one of the hotel's most famous guests stayed, back when she was in town promoting her latest album back in 1998. I found it hard to be excited, but the auction house knows what it's doing, and doubtless there's someone out there who will pay good money for what was, for a night or two at least, Madonna's bed.

The TTC wants to test out bus platooning with driverless vehicles

This is how much the Toronto skyline has changed since 1879