A plan to add a cluster of converted homes on the corner of Avenue Road and Yorkville Avenue to the city's list of heritage properties could throw a wrench in the works of a major Yorkville condo project.

Under plans currently working through the approval process, York Square, a small retail courtyard that includes two converted Victorian homes and a flat-roofed modernist block, would be demolished to make way for a 38-storey condo by Empire Communities.

Giving the York Square heritage status, a course of action supported by the Bloor-Yorkville BIA and two local residents' associations, would be the first step in refusing the project that first surfaced last year. 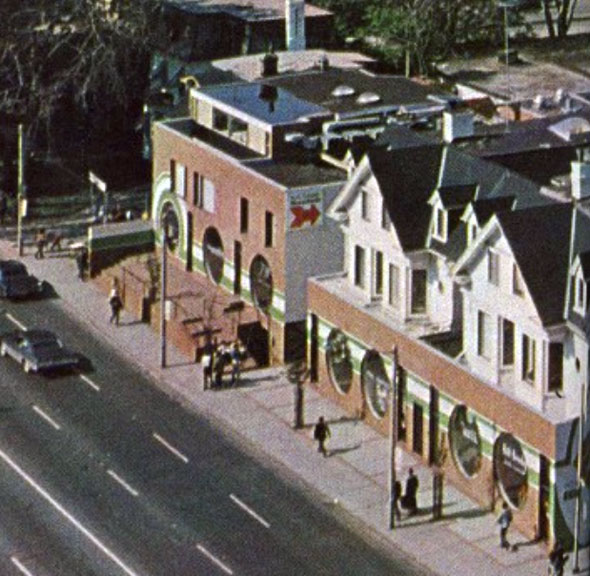 Built in 1968 to a design by Toronto architects A. J. Diamond and Barton Myers, the shopping centre with its distinctive circular windows was one of the city's first examples of adaptive re-use.

"York Square set an important precedent for heritage preservation before Ontario's heritage legislation existed ... maintaining existing neighbourhood scale and character in opposition to the then standard practice of demolition," a report by the city's preservation staff says.

Both homes, completed in 1912, retain their gable roofs and dormer windows on the upper floors. At street level, Diamond and Myers' modernist brick facade wraps around the street corner.

The new Zeidler Partnership condo would fit snug against, and possibly share a facade with a renovated Hazelton Lanes shopping centre, according to plans made public last August.

The heritage debate is due at the March 26 meeting of the Toronto and East York Community Council.

Should the city move to protect York Square?