An environmental assessment into the future of the Gardiner Expressway east of Jarvis Street says knocking down the crumbling 50-year-old elevated structure is the best course of action.

Removing the 2.4 km stretch of highway would mean expanding Lake Shore Blvd. into an 8-lane arterial. Traffic lights and turning lanes would be installed at major intersections and there would be a ramp to the remaining portion of Gardiner at Jarvis.

The cost of knocking down the highway was pegged at around $240 million by Waterfront Toronto and city staff earlier this month. The demolition could free up land worth $80-90 million but it would mean commutes take 15 minutes longer by 2031, even with a Yonge subway relief line.

According to a traffic study, the eastern Gardiner carries around 120,000 vehicles per day. The portion west of downtown sees closer to 200,000. 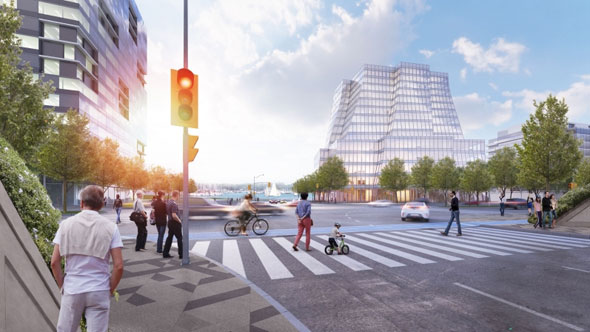 Of all the possible options - remove, repair, replace, or maintain - removing the Gardiner is believed to be the cheapest and quickest. Once given the green light, the work could be complete in 3 years. Replacing the road, the most expensive option, could take 8 years and cost three times as much.

Removing the highway would mean no more maintenance bills related to the elevated structure, which represents significant future savings.

Simply doing nothing is not an option: the Gardiner requires significant investment whether city council chooses an option or not. Chunks of concrete, loosened by salt corrosion and a decades of freeze-thaw, have been falling from the underside of the road for years.

Rob Ford has already said he is against demolition. "I want to maintain it just like most Torontonians do," he told CP24 earlier this month. 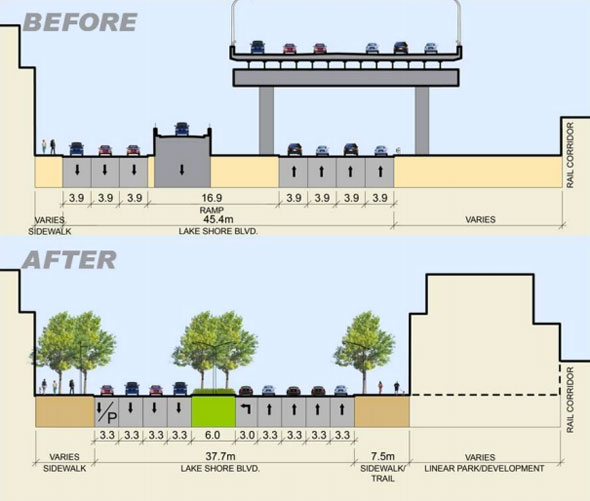 Last week the board of Waterfront Toronto, the group charged with revitalizing Toronto's waterfront, endorsed the demolition option. The Gardiner East EA, a comprehensive study of the options for the road, was restarted in January 2013 after being quietly shelved when Ford became mayor.

The environmental assessment will be presented to the public works committee next month and could reach city council by April. If approved, the removal option will be fleshed out and presented for final approval after the election in 2015.