5 Toronto streets that used to have different names

What's in a name? Clearly not much, because practically all of Toronto's downtown streets have been given a new title at some time in the past. Sometimes it happened when streets were merged, sometimes established names were tossed out in an attempt to curry favour with the foreign dignitary du jour.

The ever-changing street nomenclature gave us (briefly) the intersection of College and College (University Avenue used to be College Avenue) and Dundas and Queen (the lower portion of Ossington used to be part of Dundas.)

Here are five other Toronto streets that used to have different names. 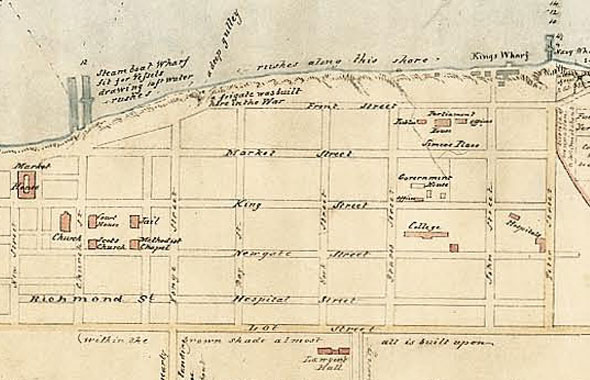 It's hard to imagine now, but Queen Street used to be the northernmost boundary of Toronto, or York, as it was then. The road first appears as Lot Street when it marked the border between the original street grid and the start of the highly exclusive park lots - narrow 100-acre strips of land gifted by the Crown to hand-picked (read: rich) settlers.

Later, once extended west, the street was briefly marked on maps as Egremont Street. The Queen in question would appear to be Queen Victoria. The new name appears shortly after her coronation in 1837.

(Yep, the map is upside down: "Several plans made in the 1830s, including this one, were oriented to the south, probably under the influence of military map-makers whose attention was always focused on the harbour and its defense," says Nathan Ng, the keeper of the magnificent historical map collection that made this post possible.) 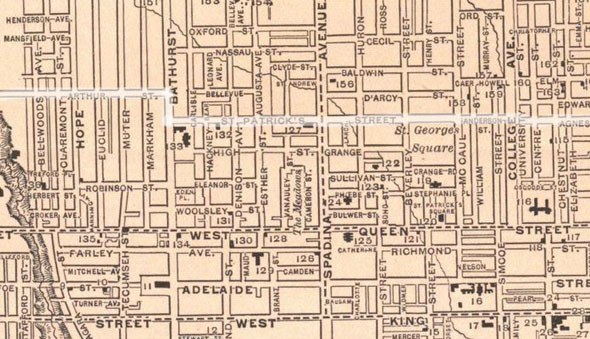 Of all the streets in Toronto, Dundas has the longest list of former names, mainly because it is a Frankenstein creation stitched together from at least thirteen other roads. At one point Dundas penetrated the west of the city as far as Ossington where it abruptly curved south to meet Queen. That stretch has since been reclaimed by Ossington.

In the east end, Dundas absorbed several laneways and minor roads - Whitby, Dagmar, Doel, Applegrove, Ashbridge, Maughan, and Hemlock, if you're keeping track - to reach Kingston Road. Dundas' swerving route through downtown and the garages that face the road in the east end are the best evidence of its past. 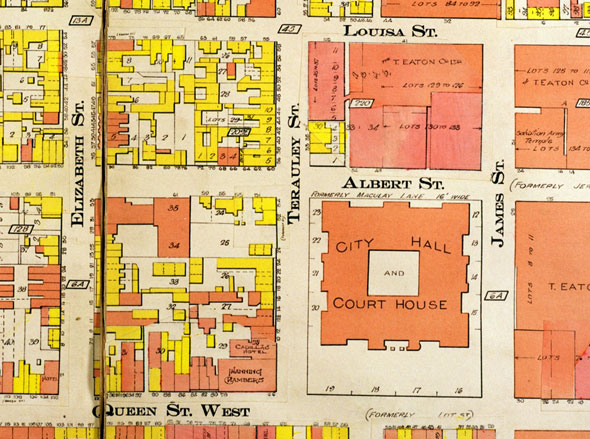 There's a persistent rumour that Bay used to be Bear Street, but not so: the portion south of Queen has always been named for the sheltered water at its southern terminus. The part of Bay north after the jog at Queen used to be Terauley Street, however.

The name came from the home of James Macaulay, a surgeon in the British Forces, which stood in open fields where the Eaton Centre and the Church of the Holy Trinity are now. Lost Rivers writes that Macaulay may have created the name from a portmanteau of "ter," Gaelic for land, and a corruption of his own last name.

Terauley Street hung on until it was merged with Bay Street some time between 1913 and 1924. 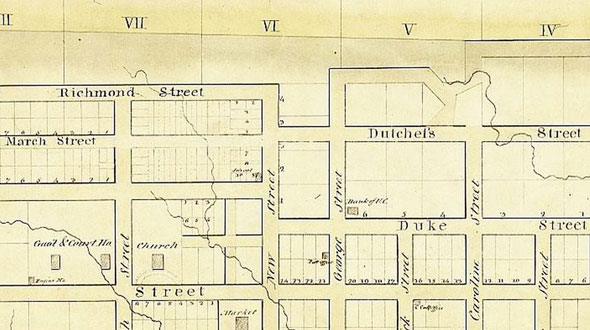 King, Queen, and Princess haven't always been the only Toronto streets with royal names: Duke and Duchess streets were part of the early grid between Jarvis and Berkeley. The pair were combined with Richmond and Adelaide when the Gardiner Expressway ramps arrived in 1964. Sweeping jogs in both streets across Jarvis hint at the lost separation.

Richmond was once Hospital Street west of Bay and Adelaide was Newgate Street before being renamed for Princess Adelaide of Saxe-Meiningen, wife of William IV of the United Kingdom. The Australian city gets its name from the same person, though Toronto deployed it first.

(Happily, Duchess Street lives on in the name of Duchess Lane, a short service road just west of Parliament.) 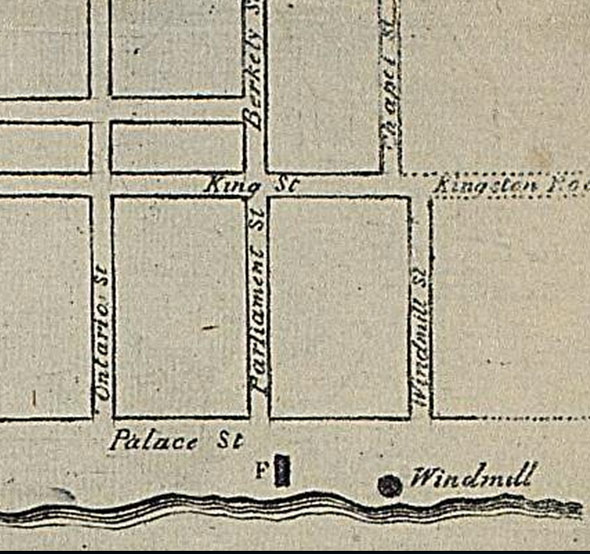 It doesn't take a shrewd observer to notice Parliament Street is nowhere near a parliament building. It's not a misnomer, though. The first Parliament of Upper Canada building, two small wooden blockhouses connected by a covered passageway, was originally located south of Front Street at the foot of Berkeley Street, which was the first "Parliament Street."

Confusingly, the road we know as Parliament today was previously Windmill Street south of King and Chapel Street to the north before the names were swapped around.