What do you think of these new Ontario Place designs?

The first landscape architects' plans for a tiny slice of the former Ontario Place land have been released to the public, and the province wants your advice about how to proceed.

Designers LANDInc and West 8 have been working for more than a year to produce a near-complete blueprint that promises to turn a derelict stretch of prime waterfront land into a 7.5 acre green space tied to the waterfront cycling trail. There will be rocks, trees, and sculptures, the team says.

Ontario Place, with its famous Cinesphere and Ed Zeidler-designed floating pods, closed permanently in early 2012 following several years of declining attendance and escalating costs. John Tory, the chair of the revitalization panel charged with repurposing the land, promised "a state of the art public park" by 2017 shortly after the announcement. 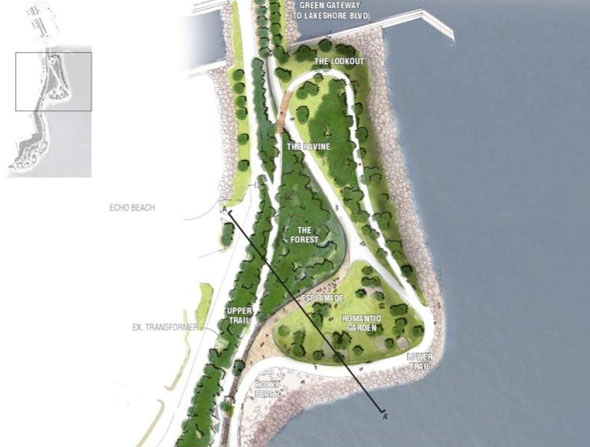 Right now the stretch of land in question is an apocalyptic wasteland of concrete and scrubby grass with expansive views of downtown, Billy Bishop airport, and the Toronto Islands. It was last used for parking and storage when the waterfront attraction was still operating.

The new park will be divided into two rough areas: upper and lower. Higher elevations will be devoted to forestry and trails while areas closer to the water will be home to lawns, programming space, and even a "romantic garden" with neatly landscaped rocks. A looping multi-use trail will tie both areas together. 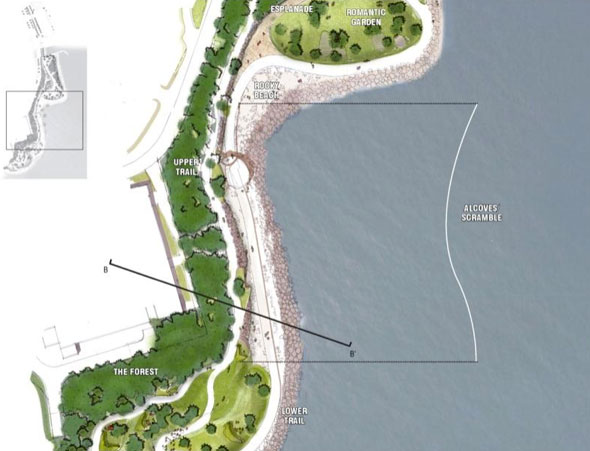 The final design that incorporates the results of a public survey is due to be unveiled in the summer. This particular piece of the larger Ontario Place revitalization is due to be finished by 2015.

What do you think of the concept? Does the proposed park make the most of the land? Are you pleased the province is committed to making the offshore islands a natural space? 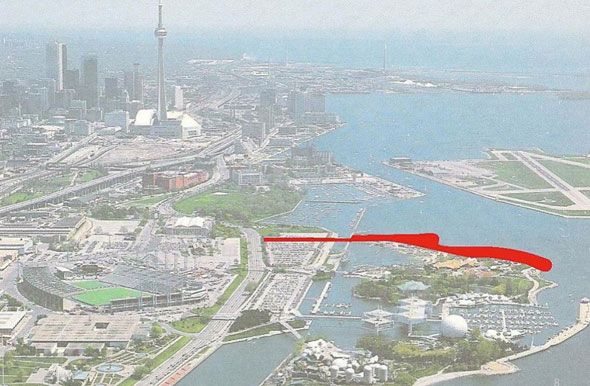 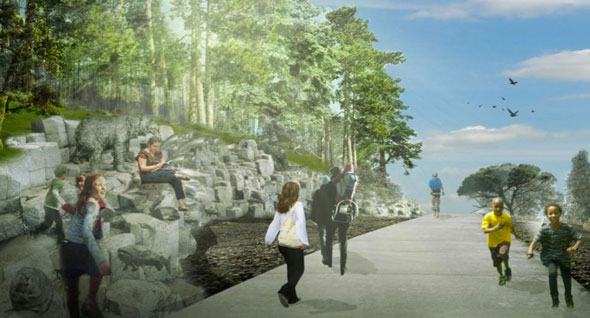 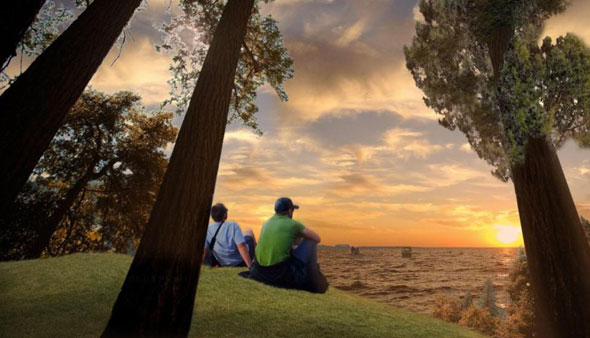 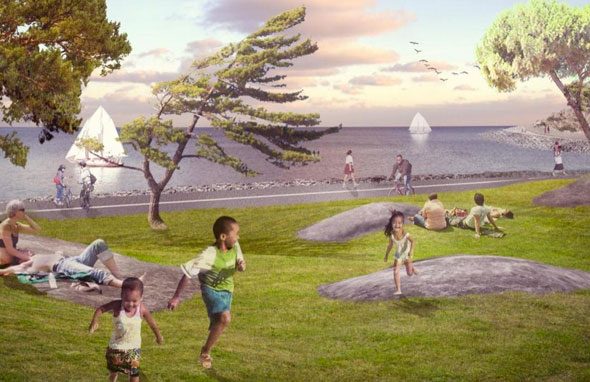