Toronto taxi companies have proposed introducing a $25 fee for vomiting - or soiling - their cabs, solidifying our knowledge that some people actually allow themselves to toss their cookies in a stranger's cab. Maybe it's just because the cabs are zig-zagging too fast - or maybe it's because some of us have no shame. How hard is it to ask the driver to stop and open the door, people?

I imagine the happiness many cab drivers would feel about this surcharge coming into place, but I'd also anticipate some anxiety about actually enforcing it. Vomitty college kids trying to get away with "It was like that when I got here" or "but I'm pregnant!" (placenta - does it get a pass?) could be lead-ins for aggressive stand-offs, while silent vomiting might become a special skill of a certain Toronto party-sect. Silent Vomiting is also the name of my new club night. 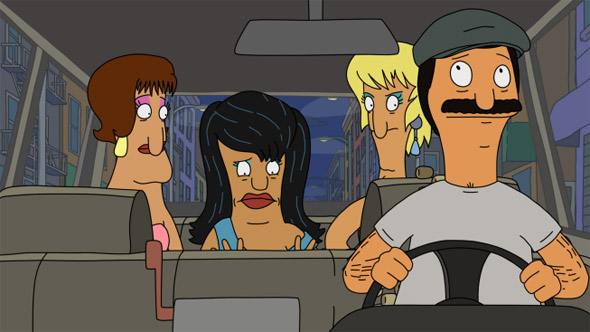 The Taxicab Industry Review - Final Report also recommends introducing "hail spots," putting electronic payment options in every cab, and for 6% of all Toronto's cabs to be wheelchair accessible by the Pan Am Games (2015). Drivers could also request a max security deposit of $25 at the start of the ride if they felt like you were "vibin' sketchy." Which you probably are.

What do you think? Should you have to pay for puking?

Lead photo by Phil Marion in the blogTO Flickr pool, second image from that Bob's Burgers ep where a guy vomits in his cab.