A second video from Rob Ford's bizarre visit to Etobicoke's Steak Queen restaurant has surfaced on YouTube. This one, apparently taken surreptitiously by another diner at the Rexdale Blvd. hamburger and souvlaki joint, shows Ford seated calmly with a man who appears to be Sandro Lisi, the mayor's former driver.

Lisi, a "close friend" of the mayor, is facing a charge of extortion related to the video of Rob Ford smoking crack cocaine and is currently on bail. 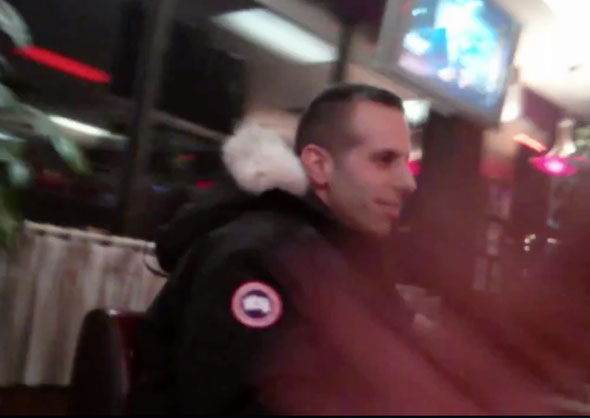 Though Ford appears to be wearing the same red tie as in the video released earlier today, it's not clear when it was filmed. One of the TV screens shows the logos of the Toronto Raptors and the Philadelphia 76ers. The two teams are due to meet Friday. The specials board at the counter also seems to match the first video.

Perhaps more conclusively, the newspaper in front of the person making the video is open to Mike Strobel's column in this Sunday's edition of the Toronto Sun, meaning it could only have been taken late on Sunday or Monday. 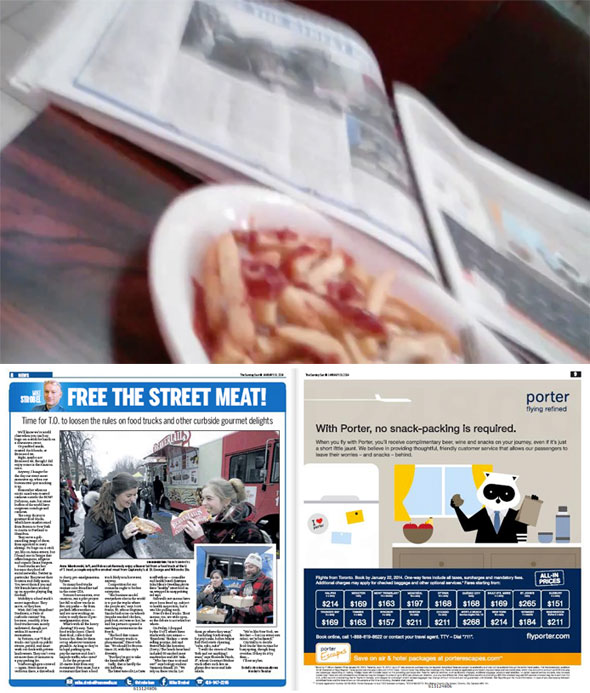 Will the appearance of Sandro Lisi pile more pressure on Ford? How do you think the mayor will react to this video?