Time to put away that fall gear - the skating season is officially upon us. Toronto's public rinks are now open for shinny and the first Bambi-like forays onto the hard stuff, despite a recent uptick in temperatures.

Unfortunately, there's no more skating on the Don or the Toronto Bay, as there was until around the 1930s and 40s - the temperatures don't get low enough and it was probably never all that safe anyway.

In winters of old, however, every patch of frozen water became prime real estate for skaters, even shallow puddles in vacant lots. Here's a look back at when skaters in Toronto looked like subjects in an L. S. Lowry painting. 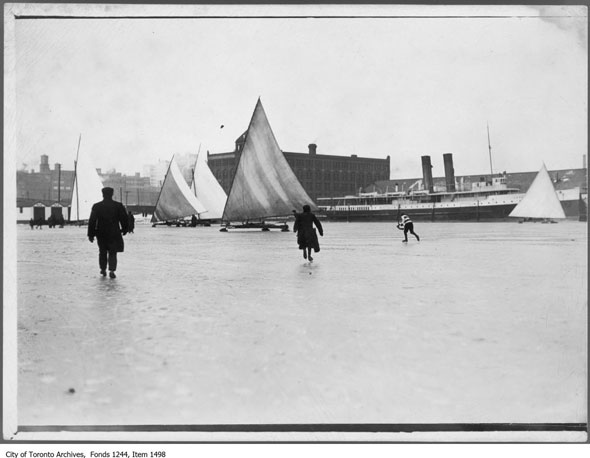 Skaters on the Toronto Bay 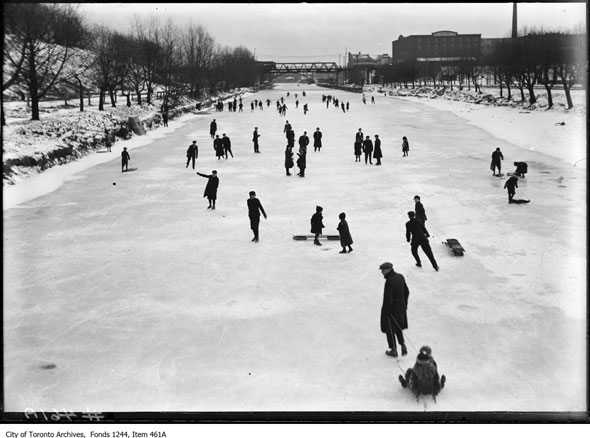 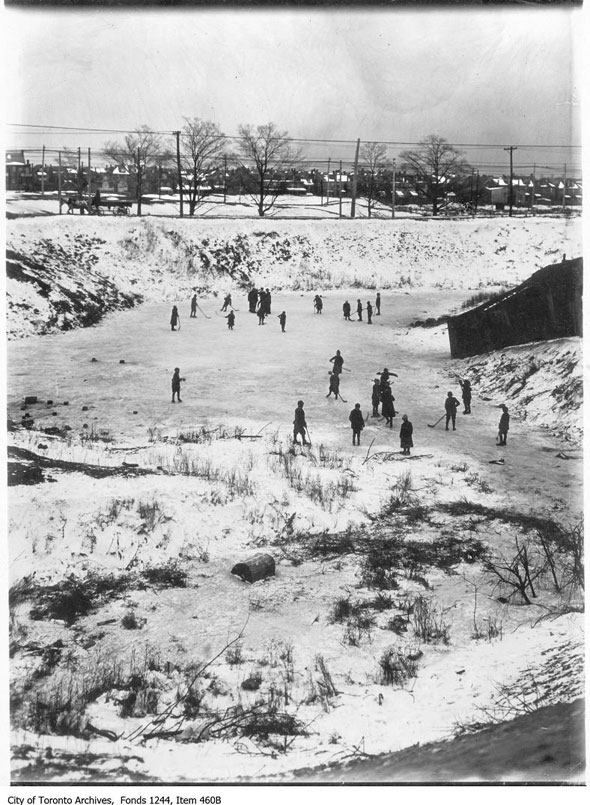 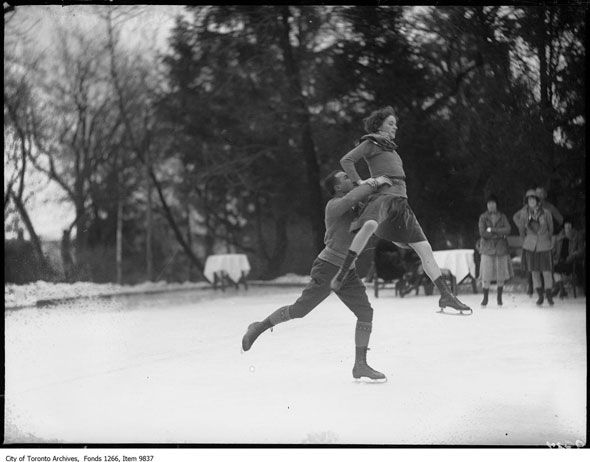 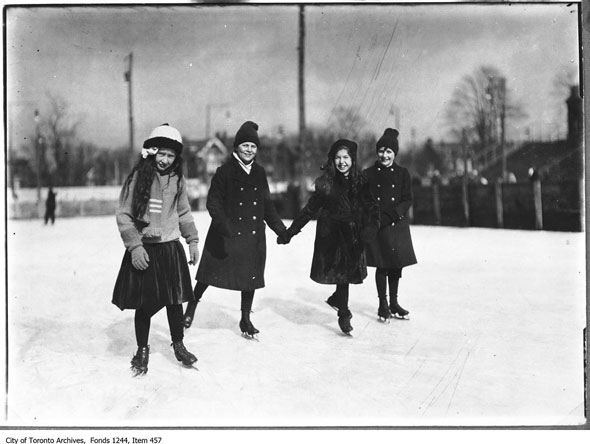 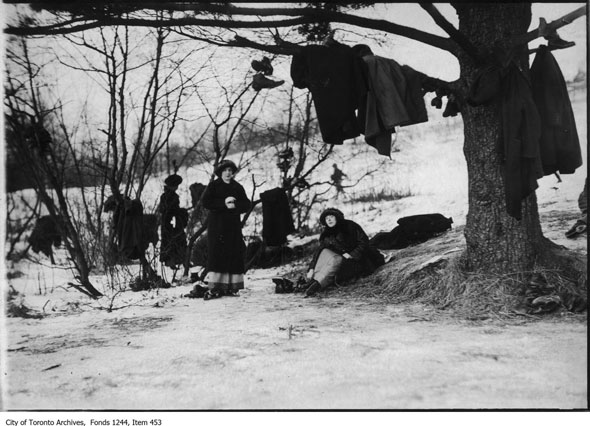 Women lace up beside Grenadier Pond in High Park 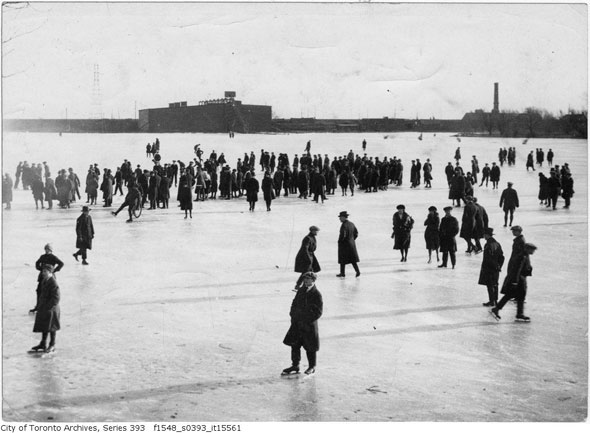 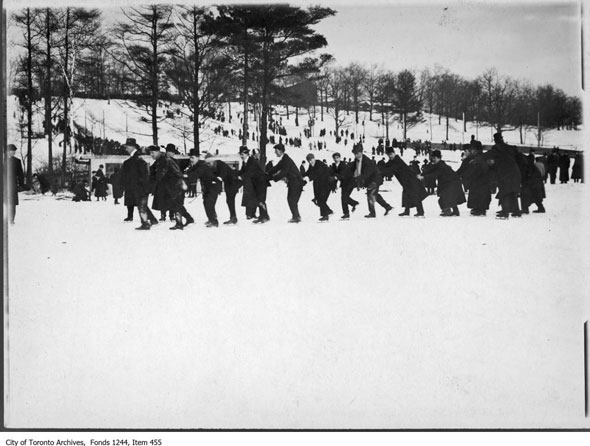 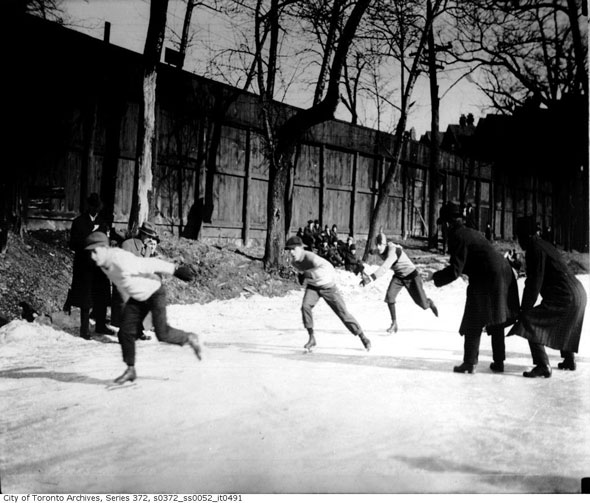 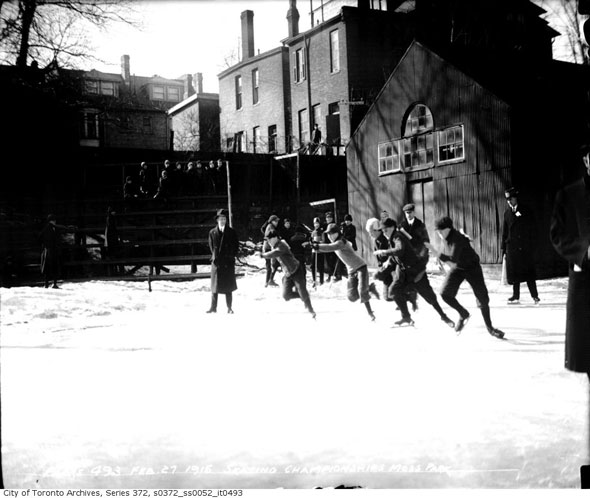 Another view of a skate race at Moss Park 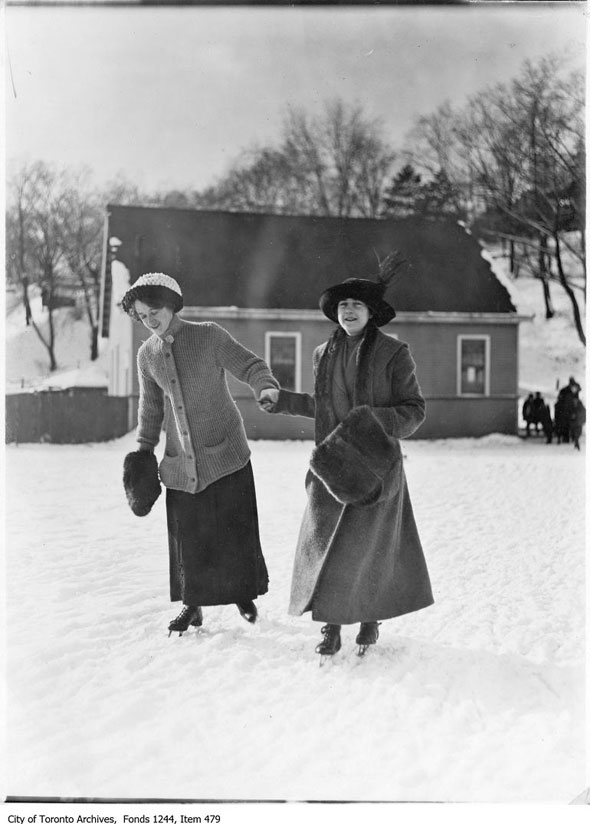 Women on the ice at Riverdale Park 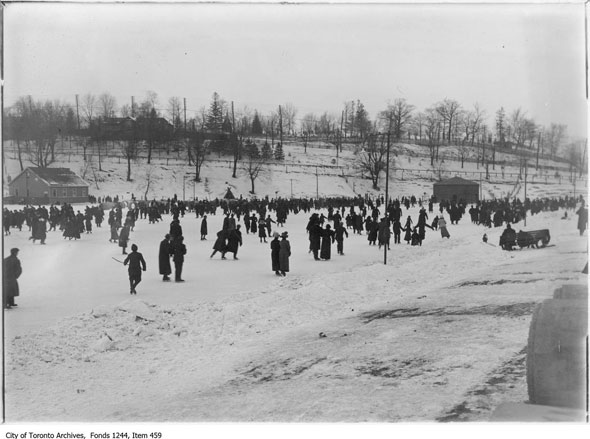 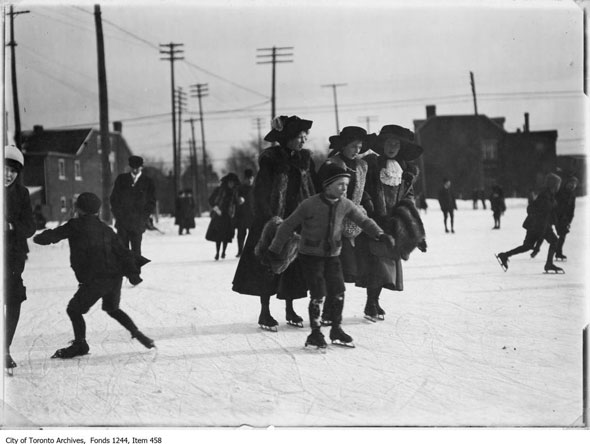 A makeshift rink on a vacant lot 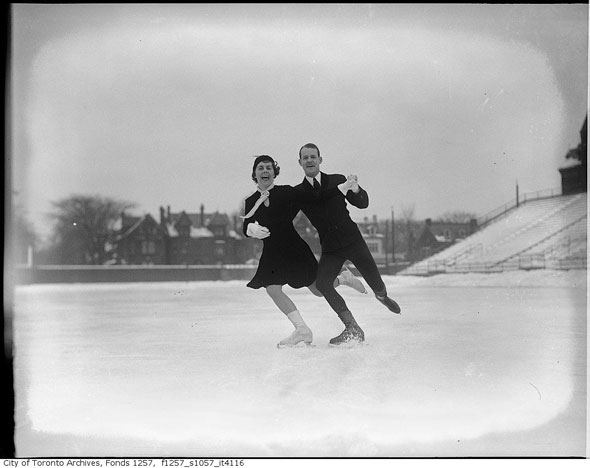 Figure skaters show off for the camera at Varsity Arena 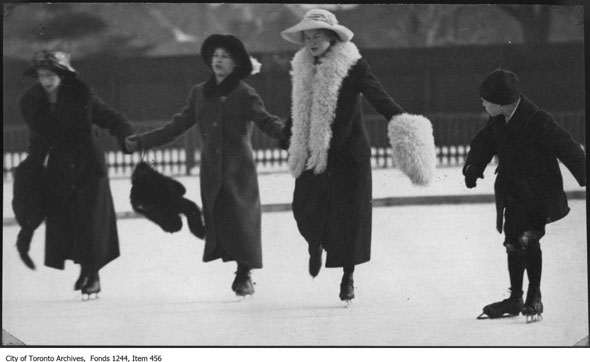 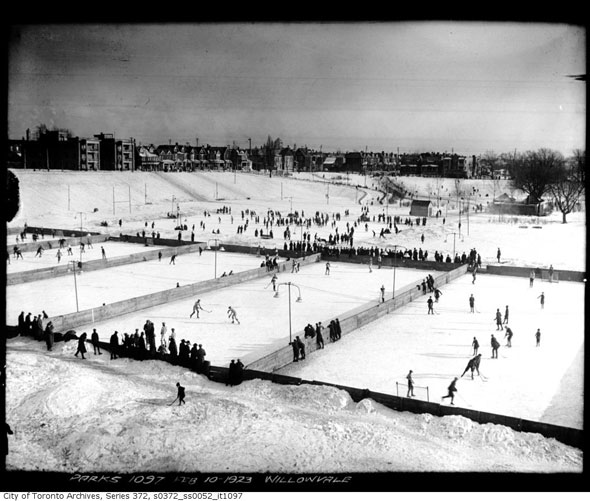 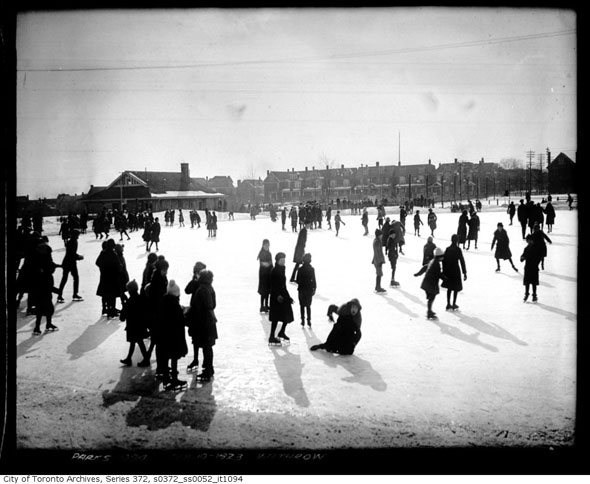