Riding the bus in Toronto got a whole lot more flexible yesterday morning. The first of the Toronto Transit Commission's $143.7 million fleet of articulated buses entered service on the 7 Bathurst route around 9:30am.

The flexible vehicles, which will run less frequently than the current fleet of buses, are the "Cadillac" of surface transit, according to the TTC. In addition to higher capacity - 29 standing, 48 seated - the new buses come with padded seats and Presto card readers (though when they will actually be working remains to be seen.) 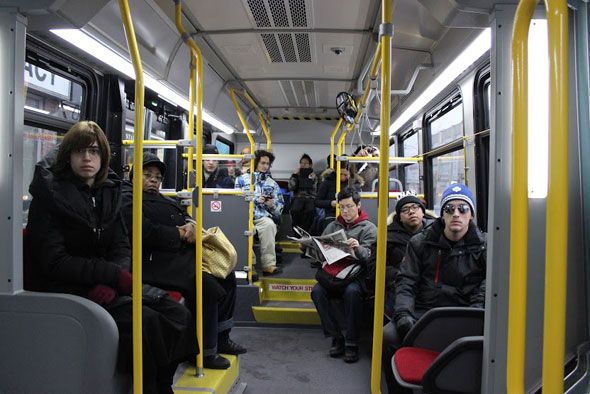 The beleaguered 29 Dufferin route is due to get the buses next, starting in January. The 36 Finch West, 63 Ossington, 6 Bay, 85 Sheppard, and 53 Steeles routes will follow in 2014.

The last fleet of artics turned out to be something of a bust (or rust.) The Icarus vehicles were quick to corrode under Toronto's harsh conditions and were removed from service in 2003 after 16 years on the road.

The TTC has ordered a total of 153 of the new vehicles from Nova Bus. 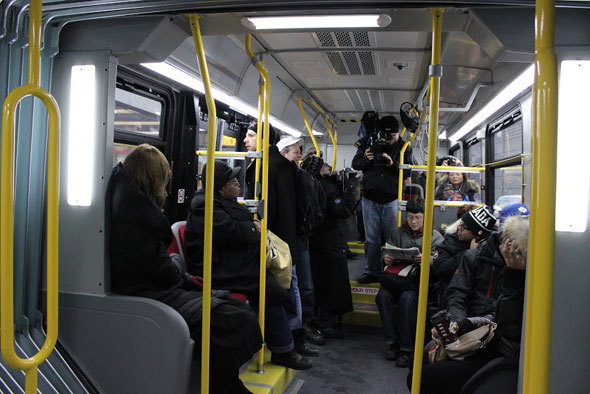 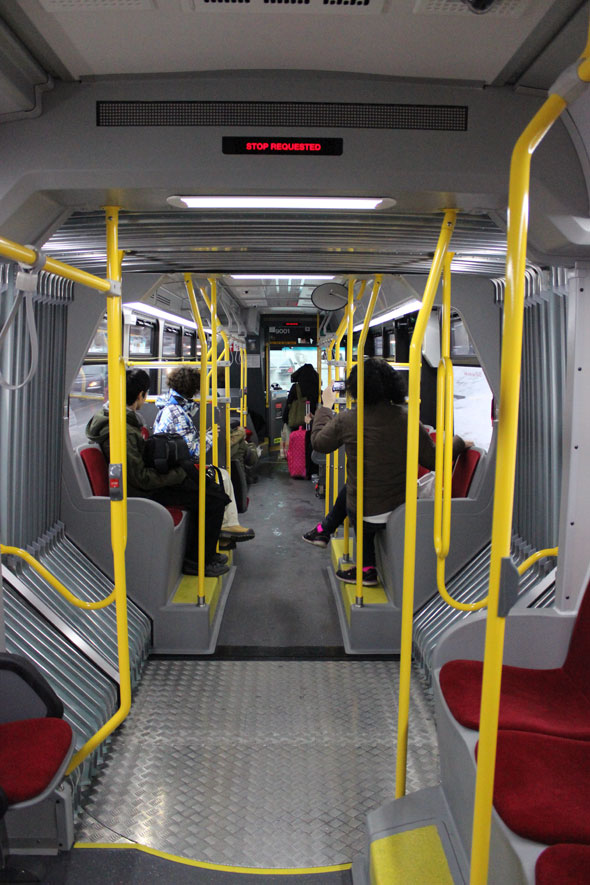 Toronto woman dies after being stranded on BC mountain overnight