1 Yorkville Condos and its towering height shouldn't come as a surprise to anyone familiar with the current state of development in the area. This former village and home to Toronto's bohemian community in the 1960s has long since gone the way of big money, and now finds itself home to some of the city's priciest homes, retail, and dining. This 610 ft addition is getting all dressed up to join in on the truckload of other skyscraping projects underway in this upscale enclave.

This massive building clad in distinctive metal fins will rise 58 storeys at the corner of Yonge and Yorkville just above and next to the soon to be fully restored Yorkville village buildings, which were first built in the 1860s. According to the architect, the metal fins and cladding will change in appearance depending on the time of day and weather patterns or even what position you gaze at the building from.

Of the 58 storeys, three of them will be dedicated exclusively to amenities: a floor each for a spa, a fitness centre, and an indoor/outdoor rooftop level for entertainment. Also on tap are various guest suites, a hot tub, a pilates room, a dance studio, juice bar, steam room, sauna, hot and cold plunge pools, a movie theatre, 24 hr concierge, guest parking, and a rooftop pool with cabanas. The building will house no less than a small town of new residents in its whopping 577 units. Future "Yorkvillers" can choose from anything from one to three bedrooms, all with fairly standard 9ft ceilings throughout. 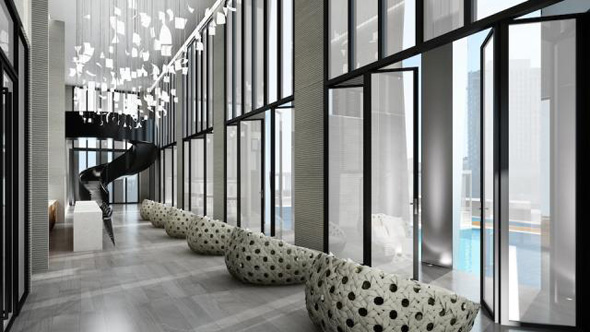 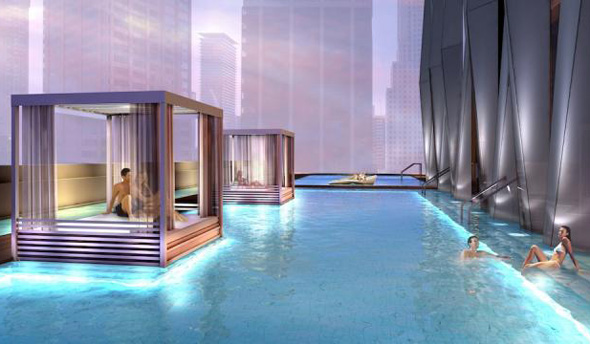 Is it worth putting up a building purely because of its architectural benefits? That's the discussion being had with a few projects around the city right now, principally the Mirvish/Gehry proposal. And although the same discussion will inevitably happen here, this place does have a few nice additions that will probably make it an easier sell, specifically the historic preservation at ground level, which Mirvish/Gehry lacks.

So far there aren't really a ton of details about what to expect from the inside of these units but as most city dwellers know, a great location can justify all sorts of situations (I'm talking to you "can't quite stand up in your attic apartment" guy!). This place earns a perfect walkscore and that's nothing to scoff at. With two subway lines just steps away, a fairly vibrant street scene, the Reference Library, the ROM, and even a decent amount of wide sidewalks, this area is a great one for the car-less among us. The project will even add a new 25 ft wide pedestrian walkway connecting Yorkville and Cumberland streets. 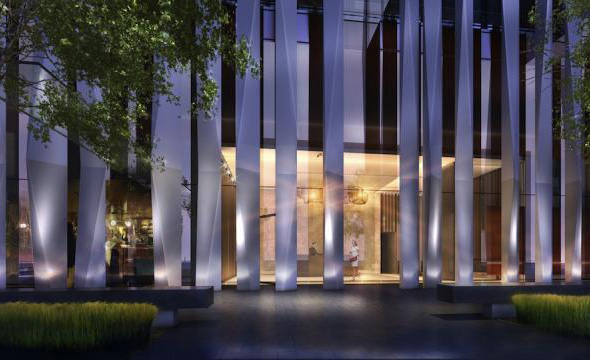 1 Yorkville or its future nickname "the bane of window washers" is an undeniably good looking tower from the outside. On the other hand, the interiors views we have seen so far have been less than revealing. What the metal fins will look like from the inside is anybody's guess. The possibility that you might feel like you've been snared in a net above the city seems high. Or at the very least, the sheer number of high-rise proposals on this block will make for some crowded views.

Luxurious amenities are nice when warranted. But in a neighbourhood overflowing with things to do for those with a bit of extra pocket change, three entire floors of amenities seem a bit excessive even with the number of new residents. The benefits local businesses might expect from thousands of new residents will certainly be dulled when people paying maintenance fees to keep these spaces up would rather not pay twice for their fun. It seems developers are giving new residents less and less reason to go out and interact with the communities, ones they are changing so much.

The developers say this place will be like living at a "six star" hotel. Apparently my impression that five stars is the pinnacle of luxury is decidedly unfounded. There are even hotels/resorts going under the six star rating. So, since these ratings seem to be entirely arbitrary and a lot of times made up by the developer, I will be removing a star from my final (arbitrary) rating. So... really great looking building and location, excessive amenities, but another luxury tower isn't doing anyone any favours -- the neighbourhood needs more diversity not just in appearance. 4/6 stars! 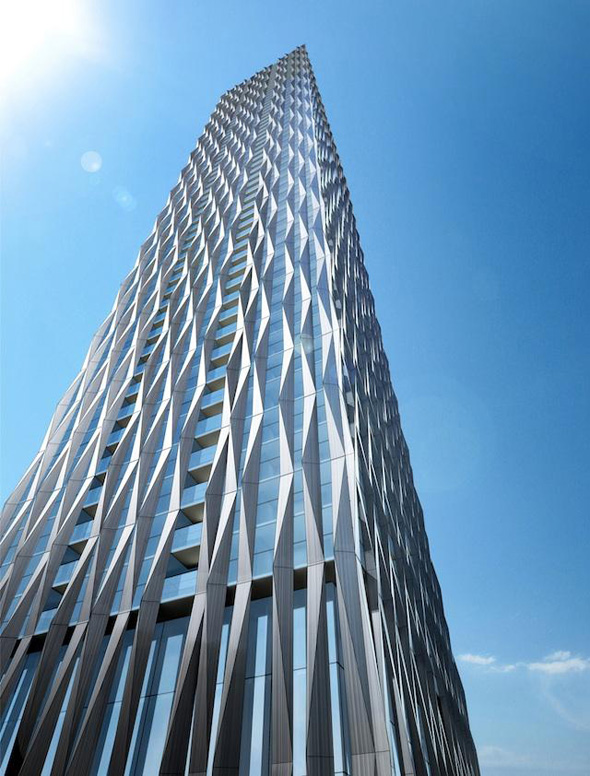