The year is almost over and it's time to take stock of what city council has achieved over the last 12 months. While the focus of public attention was often on events outside the council chamber, there were several notable decisions that will (hopefully) be demonstrably beneficial when they come to fruition.

After the loss of the Jarvis St. bike lanes, Toronto cyclists look set to get proper safety infrastructure on Bloor and Dupont, plus a public storage and shower facility. The elephants of the Toronto Zoo are finally in a climate more befitting of their genes, and a decision was made on transit in Scarborough, though we will have to see whether it was the right one.

Oh, and reports of the death of BIXI turned out to be greatly exaggerated.

SAVING BIXI FROM THE SCRAPHEAP 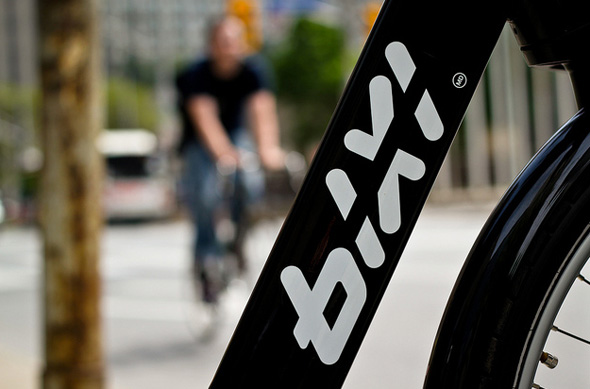 Toronto's bike share system was stuck between a rock and hard place: Too localized to be financially viable, too broke to expand. To make matters worse, BIXI had bought its bicycles and docking stations with cash from a loan guaranteed by the city, meaning if the bike company defaulted taxpayers would have been on the hook.

Council discussed folding BIXI into the TTC and allowing developers to trade unwanted parking spaces for bike-share stations, but ultimately it was Toronto's high-tech toilets that saved the day. The city used cash saved from the cancellation of the latrines to buy the bike share scheme and make it part of the Toronto Parking Authority, pending a new operator. Just don't call it BIXI anymore.

NOT ROLLING OVER ON THE SAM THE RECORD MAN SIGN 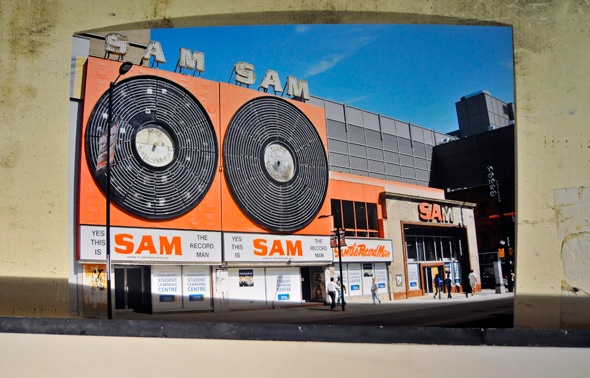 The big neon display that once adorned Toronto's most famous record store was a polarizing topic this year. Ryerson University promised to re-hang the sign on its new, ultra-modern Student Learning Centre in exchange for the planning permission necessary to build it in 2008. Then talks began to stall.

Ryerson said it wanted to keep the sign in storage while it explored "other preservation opportunities," including an interpretive plaque set into the Yonge St. sidewalk. Rather than see the sign linger in thousands of pieces, council voted to seek alternative locations for the giant electric records, one of which could be a disused city-owned building on the east side of Yonge-Dundas Square. The future of the sign brighter than it has been in a while. 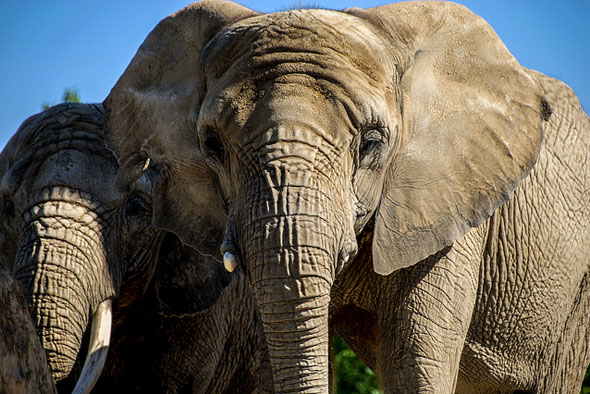 In May 2011 the three remaining Toronto Zoo elephants - Iringa, Toka and Thika - badly needed a new home. Ontario was no place for the majestic pachyderms and a city staff report recommended closing the exhibit where four other elephants had recently died unless millions could be found to improve the facilities.

The zoo board decided ship the long-faced trio to a new home and was actively looking at locations in the U.S. when a surprise council motion made the search moot - the animals were going to PAWS, a sanctuary in California. The political wrangling dragged on until this year when the three finally split town for a well-deserved retirement. 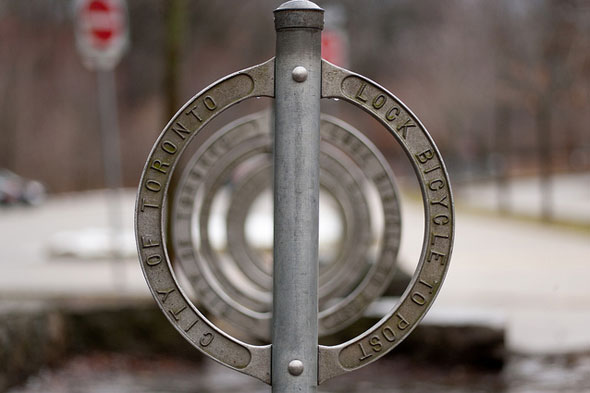 The parking garage under Nathan Phillips Square is the largest of its kind in Toronto - room for more than 2,000 cars, according to the Toronto Parking Authority. It might seem like a safe bet that some of those spaces could be used for a small secure bicycle parking facility without fuss, but you'd be wrong.

Doug Ford told council the shower facilities would become a "bathhouse" if allowed to proceed. "There is going to be hanky-panky. I guarantee it," he said. Council didn't agree - it approved the $1.2 million station by a vote of 26-5 in May. When it's finished there will be secure bike lockers and shower facilities available for a small fee to downtown commuters. How civilized. 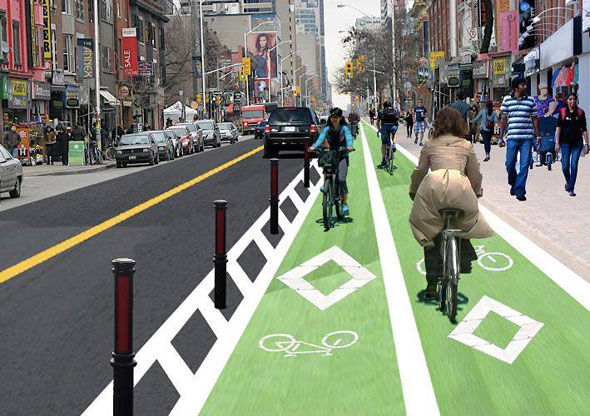 Until this year, the discussion around bike lanes on Bloor St. had been dormant since council decided to nix the Jarvis St. lanes. An incomplete environmental assessment into the possible impacts of building the east-west route was shelved and, despite annual events pushing for progress, the file lay silent.

In September, several councillors whose wards include Bloor St. signed a letter asking city staff to resume the EA. The rest of council eventually agreed and threw in an study of Dupont as well. Rob Ford called the idea "absolutely ridiculous," which when it comes to cycling is a sign something is worth doing.

BONUS: MAKING A DECISION ON THE SCARBOROUGH SUBWAY EXTENSION 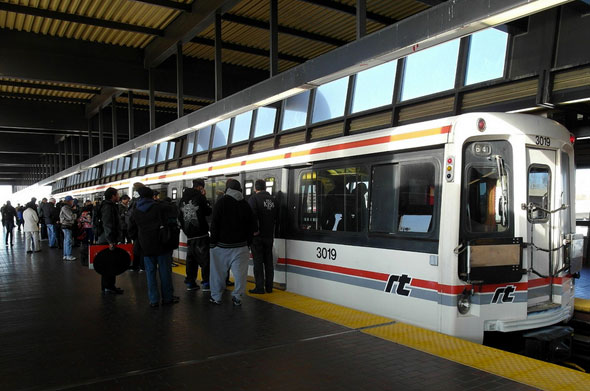 The Scarborough RT is dying. Built in the 1980s, the little white rapid transit cars are nearing the end of their working life and need replacing, but with what? The fully-funded LRT option was cheaper and could have reached more people desperately in need of proper transit but it wasn't a subway, dammit.

Doing what it does best with the transit file, city council decided to toss out the LRT and extend the Bloor-Danforth line to Scarborough Centre, the cost be damned (well, not quite - Rob Ford is busily trying to kill the 0.5 per cent property tax increase required to fund the line.) Opting for a subway has meant putting off construction for years and some nasty sunk costs but, hey, council made a transit-related decision for once, and that's worth a slow clap at least. 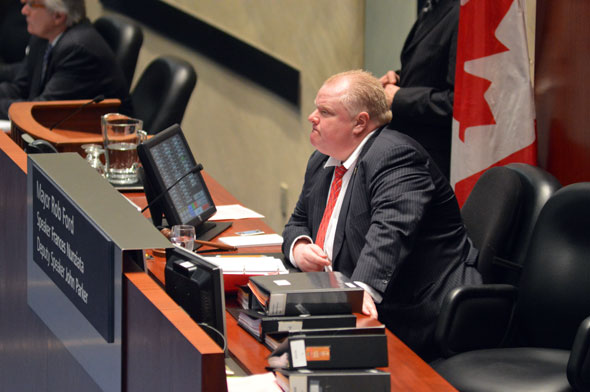 To borrow a Seinfeld line, Rob Ford was Godzilla and Toronto was thousands of fleeing Japanese. After months of incredible scandal involving allegations of drugs, gangs, crack videos, and blackmail, a deeply embarrassed council decided it needed to quarantine its toxic leader.

In a series of votes, all of Ford's non-statutory powers were transferred to Deputy Mayor Norm Kelly. The man elected to lead the city is now (mostly) a figurehead, though it remains to be seen how the rest of this term will play out. It wasn't pretty, but sanctions were necessary. It feels wrong to file this as an achievement but at least the debacle helped forge some unity.