TTC to raise fares starting in 2014

Get ready to dig a little deeper at the Metropass office in 2014 - the TTC has decided to hike the cost of a monthly pass and pack of tokens by a nickel per ride. Under the budget approved this afternoon, cash fares will remain $3.00 while tokens and PRESTO rides climb to $2.70 each. A monthly Metropass will cost $133.75, an increase of $5.25.

Put another way, the price of a Metropass will represent the equivalent of 49.5 pre-paid trips, up from 48.5, a 5-cent increase per journey.

But why raise prices at all?

"It really comes down to service," says TTC spokesman Brad Ross. "We're looking at 540 million trips next year, which means we have to put the service on the street to meet that ridership demand, and that necessitates increased costs - more operators, more maintenance personnel, more fuel costs, increased energy costs."

"As ridership goes up so too do our costs, and that's essentially how we set our budget."

In other words, none of the extra money will be spent on new subway lines, trains, or other major expansions to the system.

94 per cent of TTC revenue comes from the fare box - the rest comes from advertising and fees for providing a limited amount of transit service outside city limits. Fare income covers about 78 per cent of day-to-day operating costs. 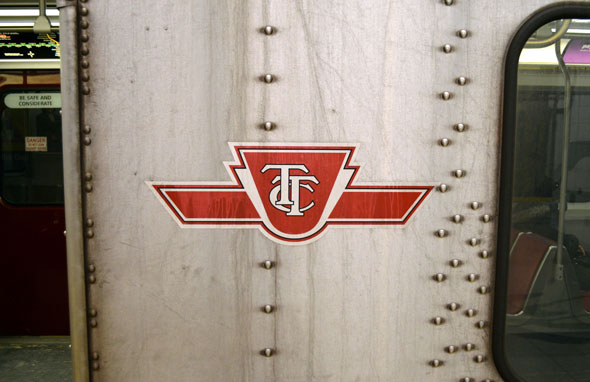 Despite a planned $17-19 million increase this year, which still needs council approval, the system remains the least subsidized in North America relative to the number of people it serves. The TTC receives receives no funding from the provincial or federal governments and just $411 million from the city, equal to 78 cents per rider.

For comparison, Montreal, the second least subsidized system by passenger numbers, gets $1.16 per rider. GO riders are propped up by a $1.28 contribution from the province. York Region transit, meanwhile, receives $4.49 per rider. The chart below from the TTC budget illustrates the current situation.

"One could argue our subsidy has been flatlined at $411 million, which really amounts to a cut because ridership has gone up but the subsidy has remained flat," Ross says.

"Even with the fare increase we're still facing a $6 million shortfall in our operating budget, but we feel that through efficiencies and other savings we can make that up." 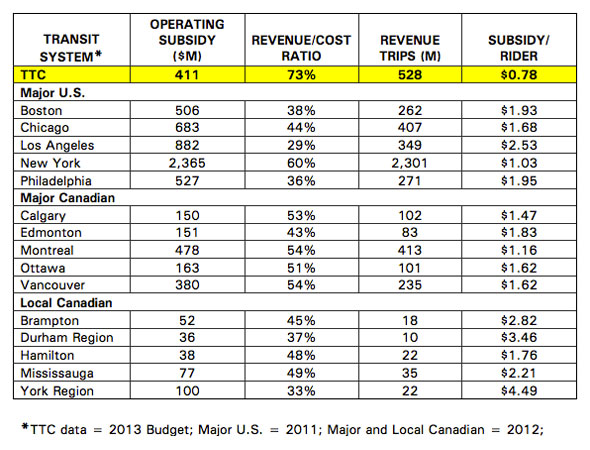 "This is not sustainable - you cannot sustain an operating budget of this magnitude for a transit system of this size with a subsidy that is this low."