The top 10 Rob Ford videos of all time

Rob Ford's political tenure has made for some excellent YouTube fodder over the years. And with more shocking videos being released on a regular basis — today's is surely worthy of inclusion on this list despite its recent release — one can only imagine the hits will keep coming. That is, if the mayor doesn't cave to the mounting pressure for him to resign in the wake of his confession that he's smoked crack cocaine.

Let's face it, video has never been kind to Rob Ford. Actually, Rob Ford has never been kind to Rob Ford, it's just unfortunate (for him) that so many of his gaffes and missteps have made such essential viewing. I was spoiled for choice putting this list together. Every search turned up another cringe-worthy moment or misguided outburst I had forgotten among the constant stream of Rob Ford controversy.

Ones that didn't make the cut include Ford stumbling off his "Cut the Waist" scales, calling cllr. Giorgio Mammoliti a "slithering snake", pleading for a police helicopter and Don Cherry's bonkers speech at the mayor's inauguration.

Here are 10 of the most famous and shocking Rob Ford videos of all time.

The earliest video of Ford, though it wasn't published online for several years after it was filmed, captures Ford in the early days of his second term as city councillor chasing Globe and Mail reporter John Barber, who had just called Ford a "fat fuck." Ford misses the insult, which was mouthed, but pal cllr. Giorgio Mammoliti jumps in and sets events in motion. Barber flees the council chamber with Ford, Mammoliti, and city hall staff in pursuit.

During a 2008 council debate about whether to allow convenience stores to open on stat holidays, Ford rose to speak in favour, delivering a series of exceptionally gauche remarks:

"Those Oriental people work like dogs. They work their hearts out. They are workers non-stop. They sleep beside their machines. That's why they're successful in life ... I'm telling you, the Oriental people, they're slowly taking over." He eventually apologized.

Painful proof Rob Ford never knows what's around the corner. The mayor had just stepped out of an executive committee debate about a Toronto casino when he collided face-first with a CityTV camera. Sadly, the video from the camera has never been released. The painful incident made Jimmy Kimmel Live that night.

Another unfortunate incident that was also not Ford's fault. During a play for the cameras, Ford prepares to hike a football along a special pitch that had been built over the reflecting pool in Nathan Phillips Square. You know the rest.

#5 - CYCLISTS ARE "SWIMMING WITH THE SHARKS"

Ford's most outrageous and oft repeated statement from his days as a councillor came in March 2007. While discussing bike lanes, Ford rose to confidently claim the city's streets for cars and trucks - cyclists and other road users be damned. "My heart bleeds for them when someone gets killed. But it's their own fault at the end of the day."

#4 - ROB FORD DRUNK AT TASTE OF THE DANFORTH

Many questions still surround this video of Rob Ford "hammered" on his way to Taste of the Danforth. A solo Ford slurs his way through a series of photos with a group of teens outside an LCBO at Danforth and Greenwood only to be later corralled by handlers and whisked away.

Did Rob Ford drive in a "drunken stupor" to the event? We don't know yet.

"I do not use crack cocaine nor am I an addict of crack cocaine." Rob Ford held a press conference a few days after the Gawker and Toronto Star stories were first published to deny smoking crack and deny the existence of a video he had "not seen or does not exist" that showed him doing the same.

Ford sported a close-cropped haircut and confident smirk leading to speculation about the events between the news breaking and the press conference.

On first viewing it appears Ford was pressured into finally admitting using drugs but now it seems the mayor was actually trying to guide the media scrum to the question. Ford challenges the small group of reporters to repeat their earlier questions until Jackson Proskow of Global News finally blurts out the one he wants to hear: "Do you smoke crack cocaine?" 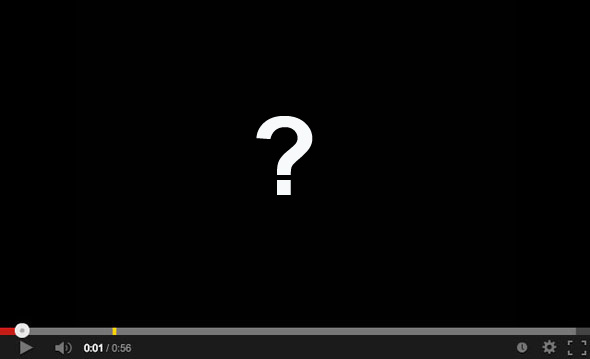 The most explosive Rob Ford video has only been seen by a handful of people: Gawker editor John Cook, Toronto Star reporters Robyn Doolittle and Kevin Donovan, and a small group of experts in the Toronto police computer lab.

Here's how the Star described it in their initial story:

"It appears to show Ford in a room, sitting in a chair, wearing a white shirt, top buttons open, inhaling from what appears to be a glass crack pipe. Ford is incoherent, trading jibes with an off-camera speaker who goads the clearly impaired mayor by raising topics including Liberal Leader Justin Trudeau and the Don Bosco high school football team Ford coaches.

"I'm f---ing right-wing," Ford appears to mutter at one point. "Everyone expects me to be right-wing. I'm just supposed to be this great...." and his voice trails off. At another point he is heard calling Trudeau a "fag." Later in the 90-second video he is asked about the football team and he appears to say (though he is mumbling), "they are just f---ing minorities."

It's possible the world could soon get their own look. And let's not even discuss the "second digital file" — which some have speculated is a sex tape. That's just too much to think about.