Rise Condos is not surprisingly a "high-rise," but surprisingly enough it's not going up along the lakeshore, in Yorkville or even anywhere near Yonge Street. Located at St. Clair and Bathurst, this building is soon to well... rise in one the city's fastest growing urban nodes. Even with the smear campaign that left this stretch under construction for years, the separated streetcar lanes are here and this major avenue continues to thrive.

At 21 storeys, Rise Condos seem to be an amalgamation of a few different design styles: one a fairly functional and familiar residential tower, and the other an unusually interesting series of Mondrian-esque shapes crawling up the towers spine. The only downside is that it looks like those three storey windows don't actually have three storey units behind them. What a tease! It will probably look pretty neat from the outside and no doubt show up that bland entry across the street by providing a much needed touch of playfulness to this area. But within it doesn't look like you will notice any difference.

The building will contain 283 units from studios to one bedrooms, none bigger than 865 square feet. There is also a decent amount of parking spots for those still holding a grudge against the streetcar. Although at $35,000 bucks to snag a spot it might be worth remembering that a metropass and the occasional cab ride is a bit cheaper.

The developers say they are aiming for a high end hotel vibe with this new project and Rise looks like it has the amenities to fit the bill. So if your 400-something square foot unit starts feeling a bit too much like a small hotel room you can easily avail yourself to the nearly 18,000 square feet of amenities. A good deal of them are six storeys up on the expansive podium rooftop including the infinity pool, the cabanas (cabana boy not included), as well as the fire pits and BBQs. On the other side of the podium roof behind sliding glass doors there is also the lounge and dining areas, all of which share what looks to be some pretty great skyline views. 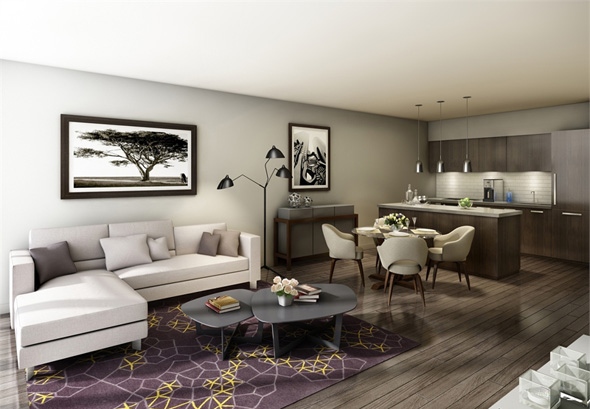 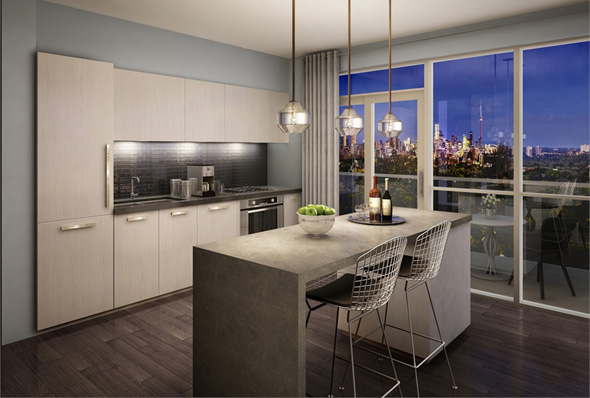 With a subway station out your front door along with the streetcar Right of Way, you are certainly doing better than most in the transit department. And despite not being in a tightly packed downtown neighbourhood, this area definitely does have just about anything you might need in walking distance. Even though the bar scene leaves a little bit to be desired, St. Clair has got no shortage of worthwhile restaurants and cafes.

Even if you work downtown and plan on using the extremely convenient subway station, neighbourhood staples like the Wychwood Barns and the Nordheimer Ravine make it worthwhile to spend your time here and not just commute elsewhere. It is pretty easy to imagine this area becoming another midtown hotspot similar to Yonge and Eglinton a few years down the road. 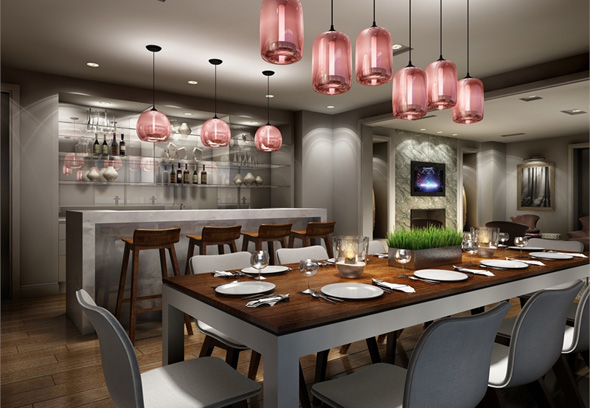 This is really a small point to make, but in a neighbourhood that has so much to offer not just for the droves of young people moving there but also for families, it's really a shame not to see any three bedroom units in this building. With the price of single family homes spiking in the city, condos are certainly the affordable option. Hopefully developments like these aren't sending young families off to live in the 905 instead of reaping the benefits they bring to any community. 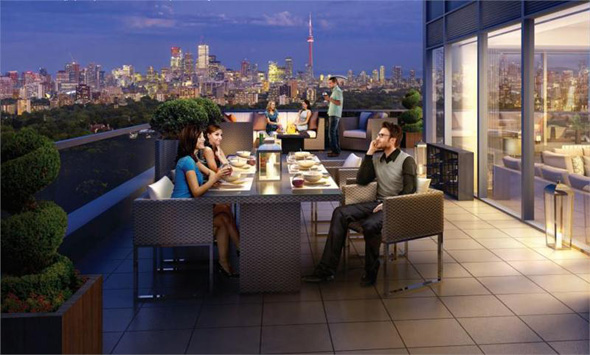 This neighbourhood is definitely on the "rise," but if you are planning on taking advantage of some of this community's family friendly assets and plan to raise a family you may end up checking out of this hotel themed condo for some bigger digs sooner than expected. But for young professionals or even empty nesters this is a fairly decent building. 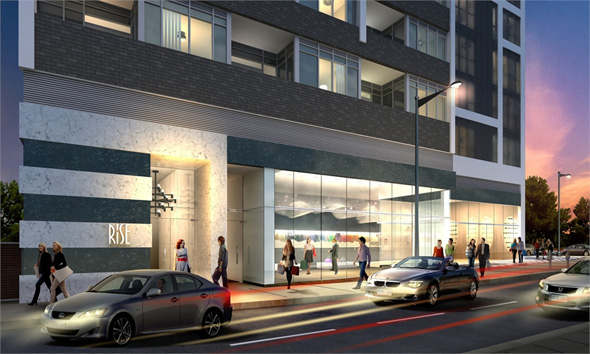 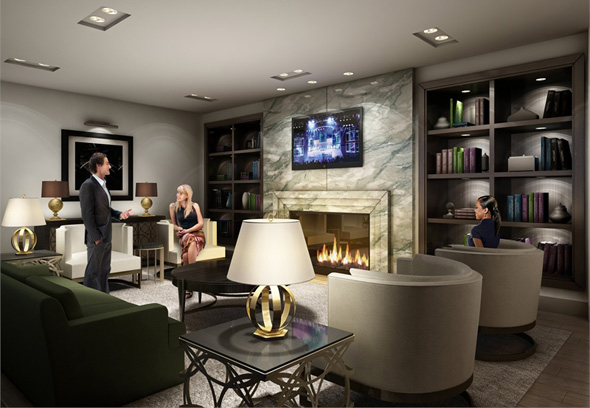 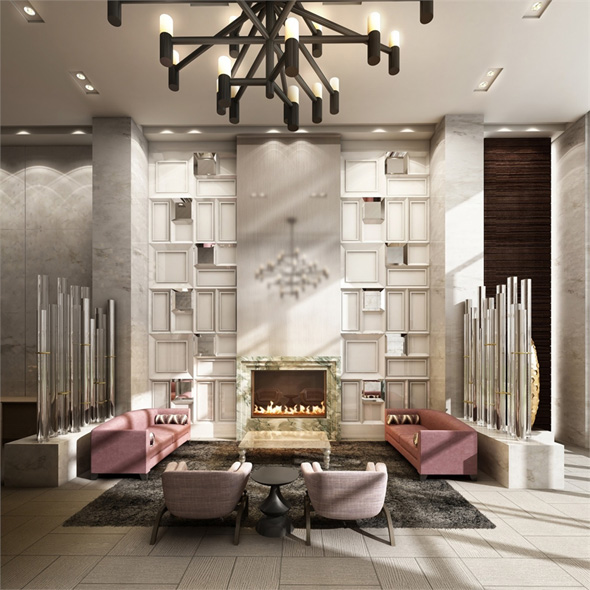 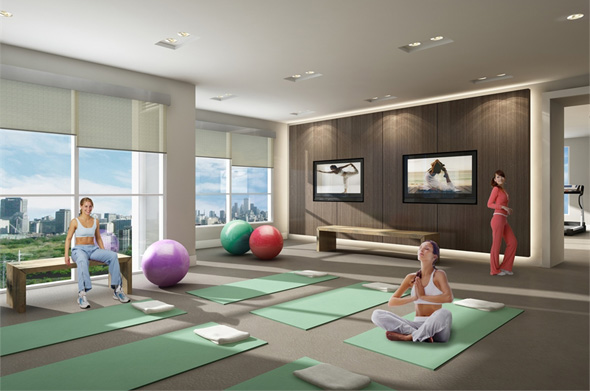 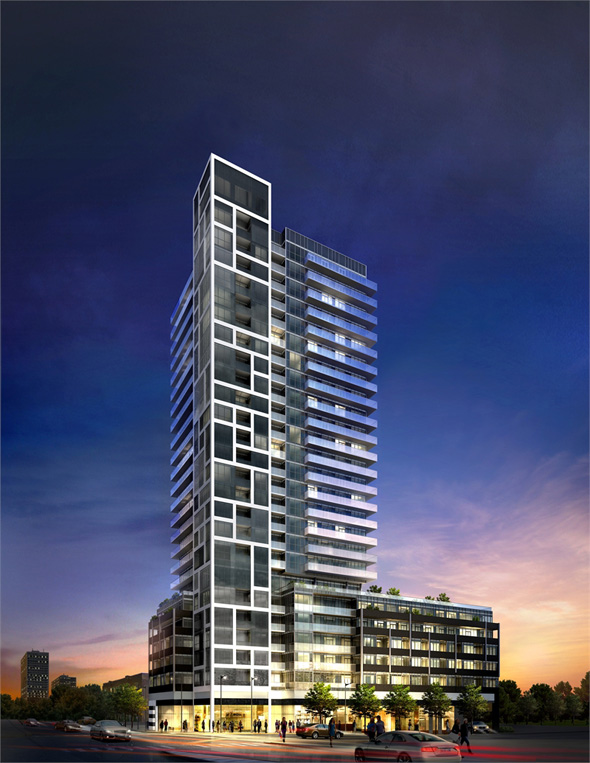