University Avenue has long been the home of banks, company headquarters, and other large stone buildings built for business. After hours, a walk from Queen's Park down to Union Station can feel lonely and isolated beside constant traffic such is the lack of stores and residential buildings.

A new condo planned for University and Dundas, one of two currently in the planning phase, could inject new life into Toronto's broad and imposing downtown arterial with the addition of a residential tower on top of a heritage building at the northeast corner. 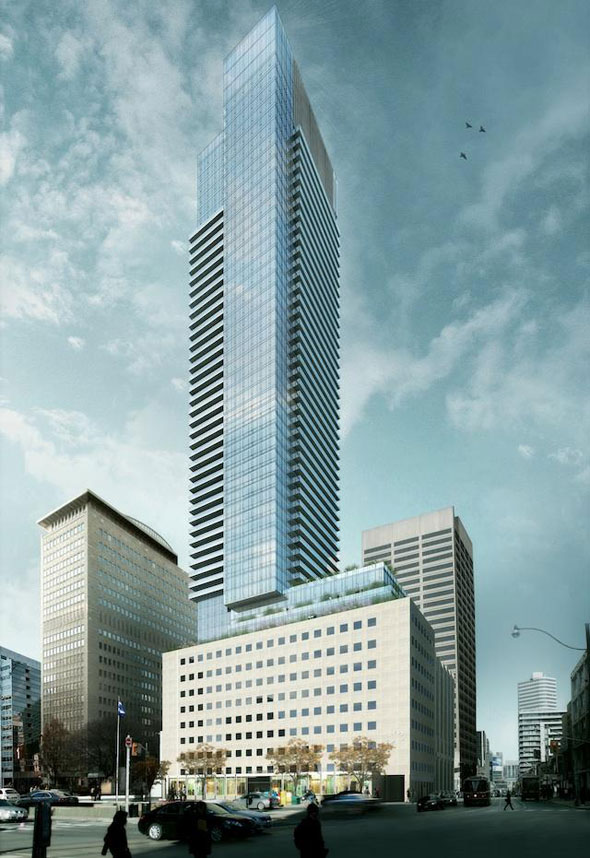 The proposal for 481 University envisions a 55-storey, 174-metre tower rising from the existing cluster of heritage buildings. As a staff report from earlier this year notes, several of the existing structures - 481 University Avenue, 210 Dundas Street West, 70 Centre Avenue and 137 Edward Street - are listed heritage structures and have special legal protection.

As a result, the developer is planning to keep much of what's at ground level, albeit with some minor tweaks, and renovate the interiors, one of which is home to a TD branch. The east entrance to St. Patrick subway station will also be brought indoors and reconfigured, according to Urban Toronto.

The block, surrounded by University, Dundas, Centre, and Edward, was developed to its present state between 1909 and 1928 by The Maclean-Hunter Publishing Company. Maclean-Hunter launched Maclean's, Financial Post, and Chatelaine between in those years and grew to include cable channels, radio stations, and newspapers. 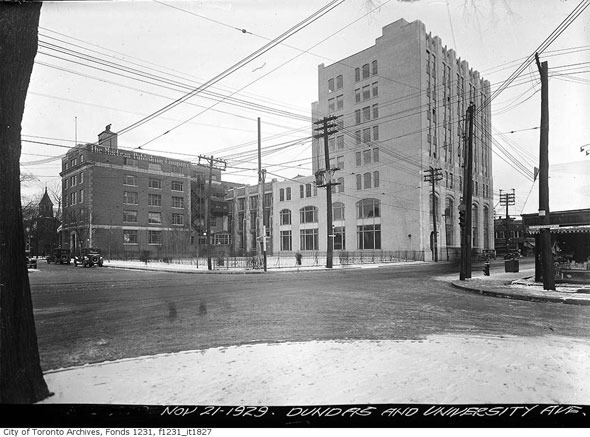 The business was bought by Rogers Communications in 1994 and some of its assets spun off. During its time on University Avenue, the company added several extensions to its original building that eventually covered the entire lot. 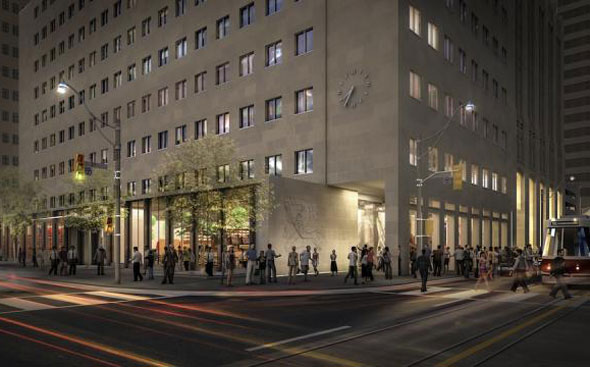 The images show a new walkway along Dundas made by knocking out part of the existing building. The covered area would include public artwork on the roof and several benches. The main entrance to the building would be located off Centre Avenue, one block east of University, at the expense of two three-storey brick buildings.

What do you think of the new look for 481 University? Will residential units on University Ave. improve the street? What would you change?