Councillor John Filion plans to file a motion at the next council meeting that would suspend many of Rob Ford's powers as mayor by preventing him from appointing or dismissing members of the city's committees, including his own executive.

The motion, seconded by Councillor Paul Ainslie, would provide a measure of security to councillors who wish to speak their minds about Ford without fear of being booted from their positions. It also calls on council to lock in the current committee members for the remainder of the present term of office.

Filion said he hoped the motion, if passed, would "curb the insanity" at City Hall. "We've got a full year left. We have a lot of important work to do and it's really important we get on with it." 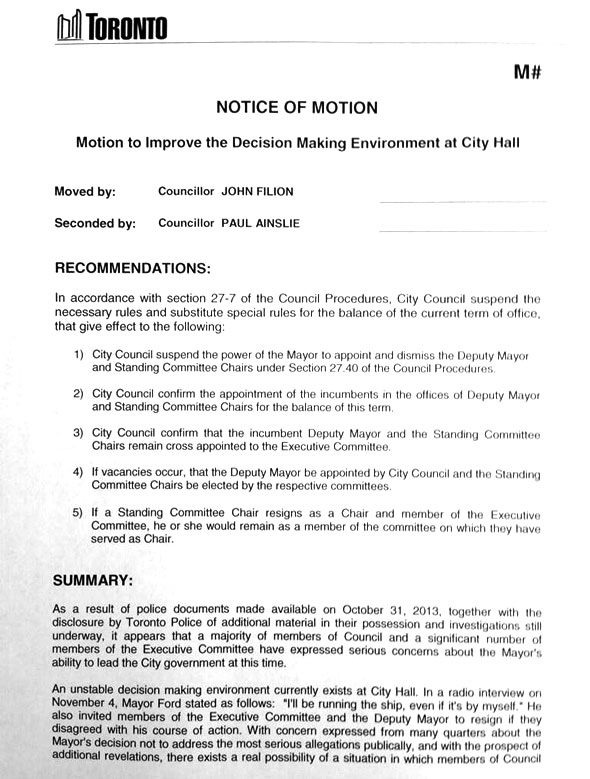 Meanwhile, this website is breaking down how Toronto councillors feel about Rob Ford remaining as mayor. At time of writing, 15 members have said Ford should step aside or quit, 20 have said it's up to the mayor, while nine have not commented one way or the other.

Photo by BruceK in the blogTO Flickr pool and @JProskowGlobal.